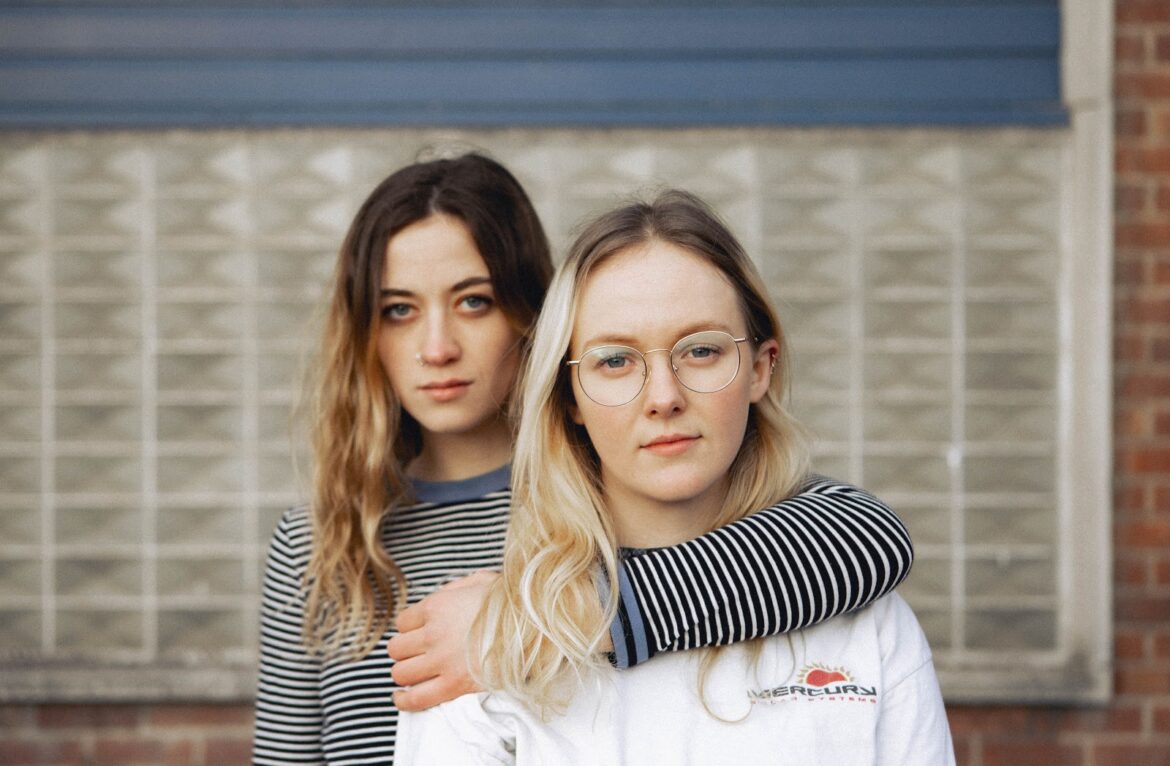 Today marks the arrival of ‘Don’t Mind The Weather’, the new single from the Leeds’ duo Sunflower Thieves. The track is the latest release in the well-established and most estimable 7” singles club series from Come Play With Me, the Leeds-based social enterprise, development organisation, record label and magazine. The other side of this 7” release will feature ‘Vulnerable’, another exciting track from the relative newcomer LENU, a songwriter and multi-instrumentalist who is also based in the West Yorkshire city of Leeds.

Sunflower Thieves is the duo of Amy Illingworth and Lily Sturt-Bolshaw who have been writing and performing together for a number of years now. The idea for ‘Don’t Mind The Weather’ took shape early last year and was written alongside fellow Leeds artist and friend Mehalah Ray.

Speaking about the new record, Sunflower Thieves say: “’Don’t Mind The Weather’ translates as “don’t worry, this is where you’re grounded and safe” – wanting to make the most of that feeling and stay inside. The picture painted is that no matter how the seasons/weather change, the gravitational pull of the moon / the person you feel safe with, will keep you grounded and safe. We based it on the moon’s relationship with tides, and the idea that it’s easy to get swept away in everything that’s going on, but there’s beauty in that, and the relationship with this person overcomes it all anyway”

The full 7” vinyl single is due for release on March 19th 2021 and is now available to pre-order from Come Play With Me: https://smarturl.it/CPWM019

You can watch the lyric video for ‘Don’t Mind The Weather’ here: