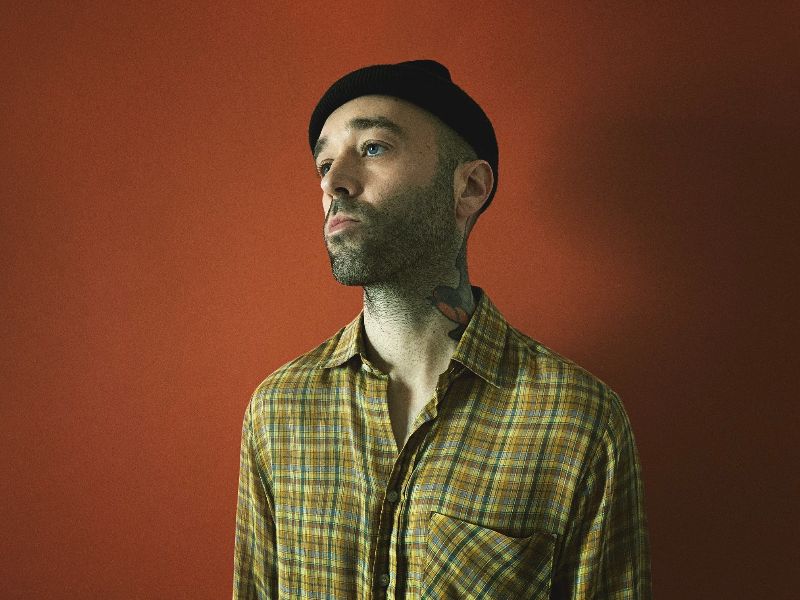 Laundromat has announced the release of his new single ‘Flat Planet’, via Brace Yourself Records. The track is from his forthcoming EP, Red, which he announces will be released on April 23rd. Red is the third and final instalment of a trilogy of Laundromat EPs – following previous releases Blue and Green.

‘Flat Planet’ has an apocalyptic sensibility paired with a hypnotic beat that really compels and feels so apt now, as we head forward in this world with uncertainty. I really enjoyed Laundromat’s previous two EPs and this new single is a really enthralling taster of the forthcoming final instalment in the EP trilogy, which promises to be discordant, charmful, and oh so very now.

Discussing the new single, Laundromat observed: “I don’t ever remember setting out to write a tune like this, but here it is anyways. I kinda hear it like a St. Vincent song or something like that. Some tongue in cheek (but not) apocalyptic-pop. An eye-roll pointed right back at us dumb humans. You know how when you’re reading the news, and it’s facepalm after facepalm? This was a response to that feeling. The drop at the end is a Big Muff driving a Harmonic Percolator – a lot of fun through headphones.”

‘Flat Planet’ is out now, with the EP, Red, following on April 23rd via Brace Yourself Records.