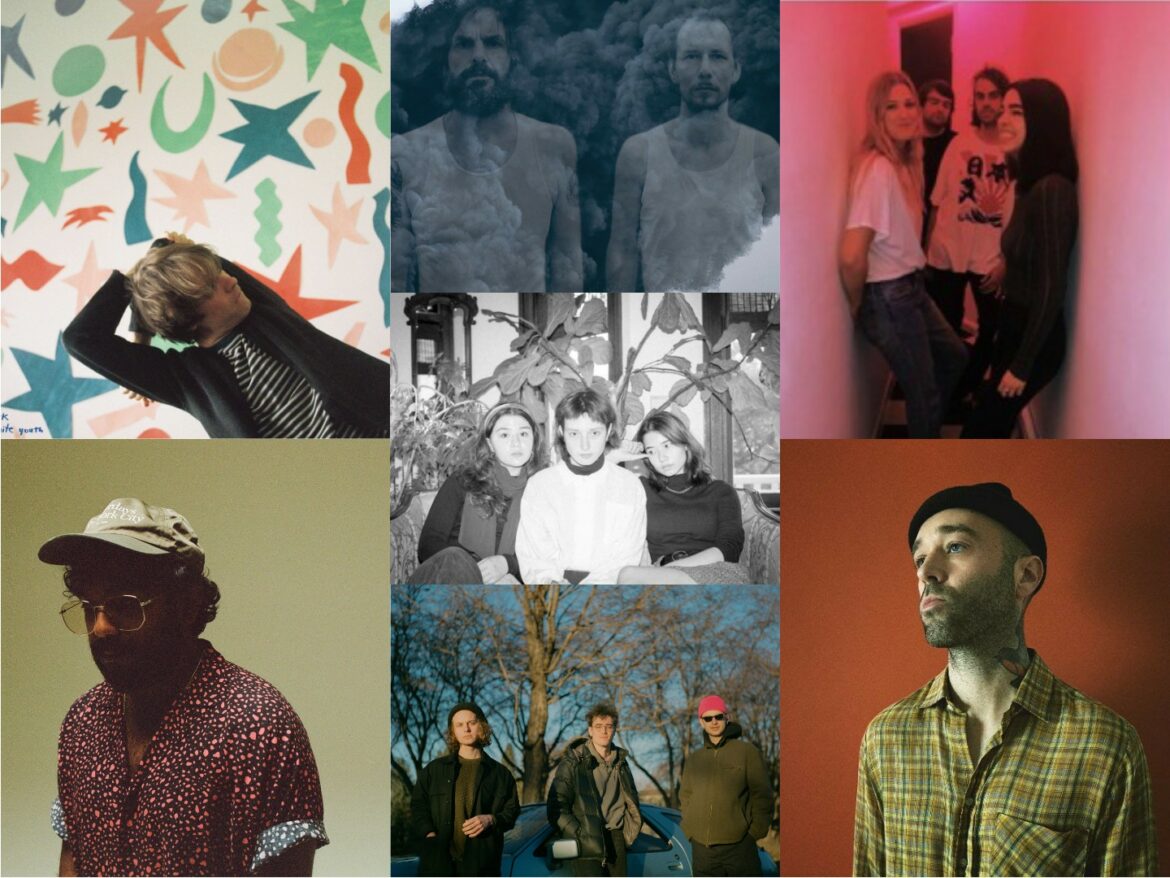 Welcome to March 2021’s first Tracks of the Week, where we round up a selection of great new tunes we’ve been enjoying here in the God is in the TV ‘office’. It’s been a particularly strong week for new music releases, so whittling it down to a sensible amount of recommendations has been a task in and of itself. To keep up with our Tracks of the Week past and present, give our dedicated playlist a follow.

Why we love it: Saint Kochi‘s debut single is a joyous listen, recalling 70s acts such as Fleetwood Mac and, production-wise, reminiscent of the War on Drugs. There’s a real transportive quality to ‘Home’, a feeling that Saint Kochi is taking us for a dusk drive through Laurel Canyon with the top firmly down. ‘Home’ was produced in London during lockdown with Superfood‘s Dom Ganderton and the accompanying video was shot on Super 8 film by Sam Hiscox. The resulting track is a remarkably accomplished first effort from an artist well worth keeping an eye on over the coming year.

Why we love it: Dark and expensive, this neo-classical choral piece ruminates on the subject of loss with devastatingly affecting results. The interweaving vocals of Gustav Rasmussen and Thorben Seierø soar over a bed of ghostly female voices, with the sparing use of a derelict piano, that Rasmussen found abandoned whilst touring in Münich, entering as ‘Tried & True‘ reaches its delicate wave-like apex. Ghost Coast Choir‘s debut album will be released on the 12th of March and, with the nation potentially entering into a new period of reflection following the shock of the last year, this record may provide a fitting soundtrack.

Why we love it: Taking aim at the plastic pollution crisis and wasteful consumerism in general, ‘New Pyramids’ is a seismic sonic punch that cuts through the noise. Medium Love is the new project from Kacey Underwood, the lead singer and guitarist of the sadly defunct Big Deal. The new project sees Underwood develop on the distinctively expansive sound of Big Deal, tackling urgent issues whilst retaining a characteristically wide-screen approach to production. This kind of tune makes the on-going lack of gigs and festivals all the more difficult: we’re in beer-swilling, sing-a-long territory here (using recyclable cups, of course).

Merk – Laps Around the Sun

Why we love it: ‘Laps Around the Sun’ is a charmingly off-kilter slice of New Zealand pop and the third single from Merk‘s debut globally released album, which is scheduled to drop on the 9th of April via Humblebrag Records. The man behind the project, Mark Perkins, began his career as a touring member of Tom Lark and Fazerdaze before turning his hand to his own solo material. In the case of ‘Laps Around the Sun’, there’s a freshness and transparency that unsuspectingly lures you in. Merk operates in an alluringly, perhaps deceptively, simple musical landscape that brings you closer to the artist with every listen.

Why we love it: The recent Transgressive signees have arrived with another masterstroke of glitchy, math-y pop greatness. The band is comprised of three producers in Caleb Hinz, Jake Luppen and Nathan Stoker. There’s a sense of creativeness and unadulterated fun that seeps through their work; you can tell that they enjoy creating their music just as much as we enjoy listening to it. Speaking of the track, Baby Boys note, “It’s about having a crush on a friend’s grandmother amidst the luxury of Santa Barbara, California, and trying to charm her by playing The Eagles’ ‘Desperado’ on her living room piano. It tackles the bizarre lengths we go to in order to win a stranger’s favour.” Bizarre indeed. Whether you can relate to the pains of an octogenarian crush or not, we urge you to take a step into Baby Boys‘ world.

Why we love it: The intense use of counter-point vocals and the track’s sparse instrumentation brings to mind acts like the Raincoats and, more recently, Porridge Radio. ‘Ballroom Dance Scene’ builds and builds before arriving at its peak, when a sense of catharsis or perhaps resolution overhangs in the track’s final moments. Horsegirl is made up of three 17 to 18-year-olds and ‘Ballroom Dance Scene’, impressively, was written during a teacher’s strike in their native Chicago. The track will be available, along with b-side ‘Sea Life Sandwich Boy’, as a limited edition 7″ single on April 2nd. There’s even guitar tablature featured in the video if you feel like playing along.

Why we love it: ‘Flat Planet’ is Laundromat‘s delightfully sardonic vision of a post-apocalyptic planet earth. The staggered bass line sets the scene of a world in disarray whilst harmonised vocals, that recall Radiohead or the later years of Queens of the Stone Age, foretell a grim yet tongue-in-cheek vision of the end of times. Inspired by harrowing recent world events and the perceived relentlessness of upsetting news stories, Toby Hayes of Laundromat explains, “You know how when you’re reading the news, and it’s facepalm after facepalm? This was a response to that feeling.” Laundromat‘s new EP will be released on the 23rd of April via Brace Yourself Records.