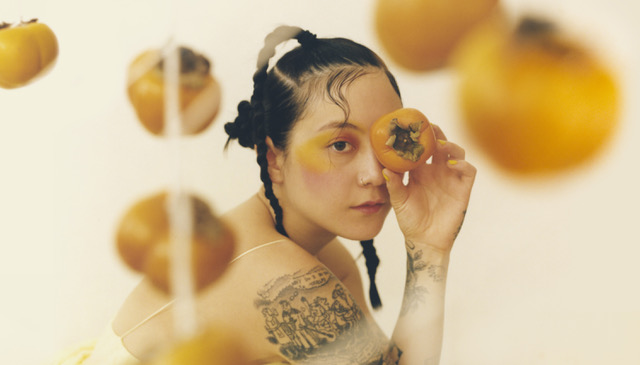 Japanese Breakfast (the musical project of Michelle Zauner) has announced her new album Jubilee will be released on the 4th of June. This news is accompanied by a video directed by Zauner for the lead single, ‘Be Sweet,’ – a jagged and propulsive 80s inspired pop song. The video also reflects the 80s retro vibe and fluctuates between Zauner dressed as an FBI agent partaking in parodic investigations and a power suited version of herself singing on the hood of a car.

Speaking about the song, Zauner says: “After spending the last five years writing about grief, I wanted our follow-up to be about joy. For me, a third record should feel bombastic and so I wanted to pull out all the stops for this one. I wrote ‘Be Sweet’ with Jack Tatum from Wild Nothing a few years ago. I’ve been holding onto it for so long and am so excited to finally put it out there.”

Additionally, If you’ve been keeping tabs on Zauner’s social media accounts recently, you may have noticed that there’s been talk about a new book in the pipeline. This is based on an essay Zauner wrote for the New Yorker in 2018, Crying In H Mart. The novel is a memoir about growing up Korean American, losing a parent, and forging an identity. It is due for release in the UK in hardback from Picador on 5 August 2021.