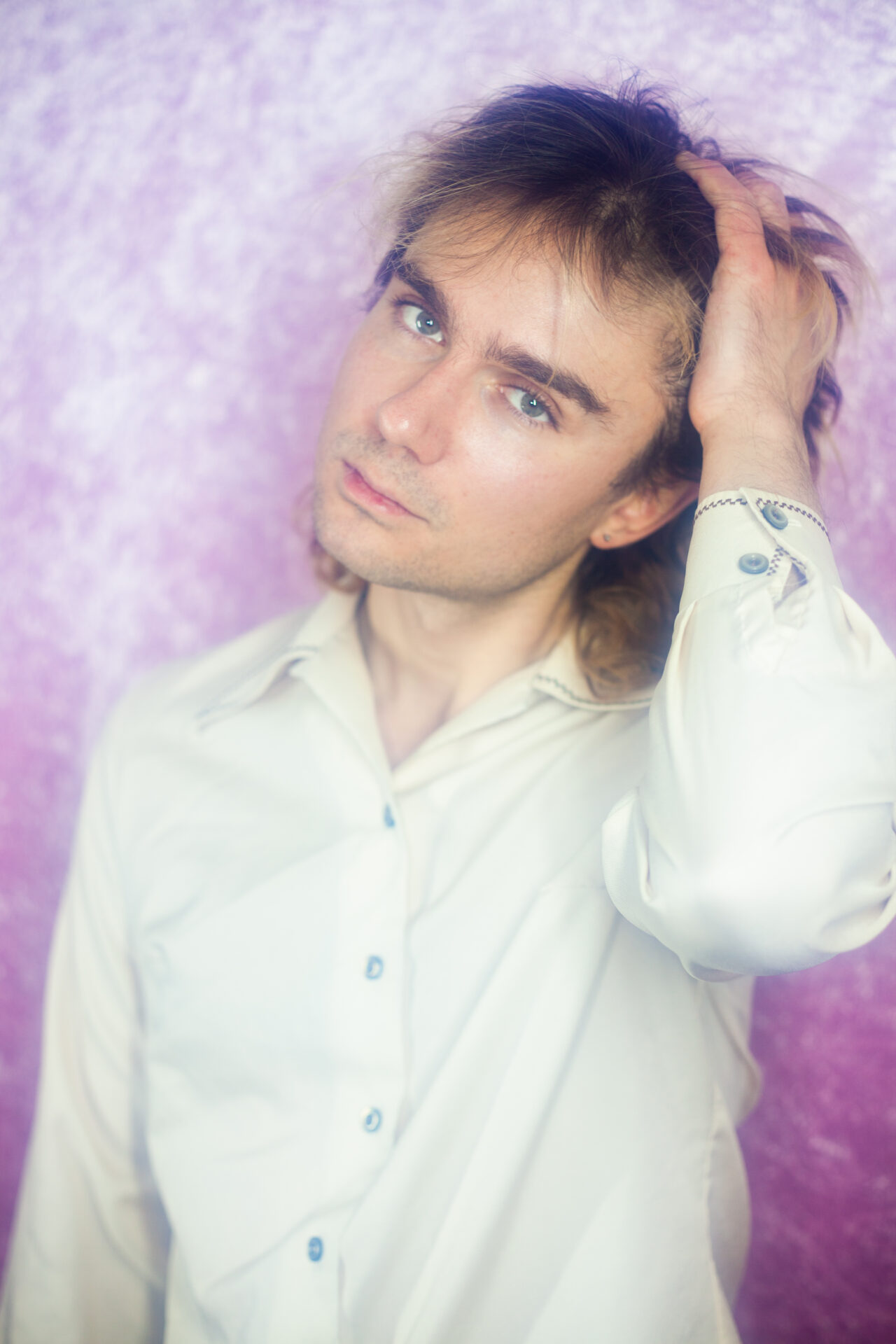 John Moods has announced the release of his new single, ‘So Sweet So Nice’ via Arbutus Records on 4 March. After many years of playing in the band Fenster and releasing his debut full-length ‘The Essential John Moods’ album 2018, Moods has returned with this new single, and two forthcoming EPs: ‘So Sweet’ on April 16th and ‘So Nice’ on August 6th.

‘So Sweet So Nice’ is a glimmering musing on mortality.  The lyrics: “So sweet, so nice; everything is waiting to die. So sweet, so high; nothing ever felt so alive” are a gorgeous ode to both life and death, with the lyrics and melody bouncing off each other as they touch upon light and darkness.

Discussing the new single, Moods revealed: “This song centers around the main theme of the album. Here I’ve tried to make the happiest song possible about death and transience.  It’s a celebration of life through the lense of mortality, a feeling of ecstatic aliveness in an upbeat bobbing disco song that addresses the passage of time and the blooming and decomposing of the entire natural world”.

‘So Sweet So Nice’ is out now via Arbutus Records.