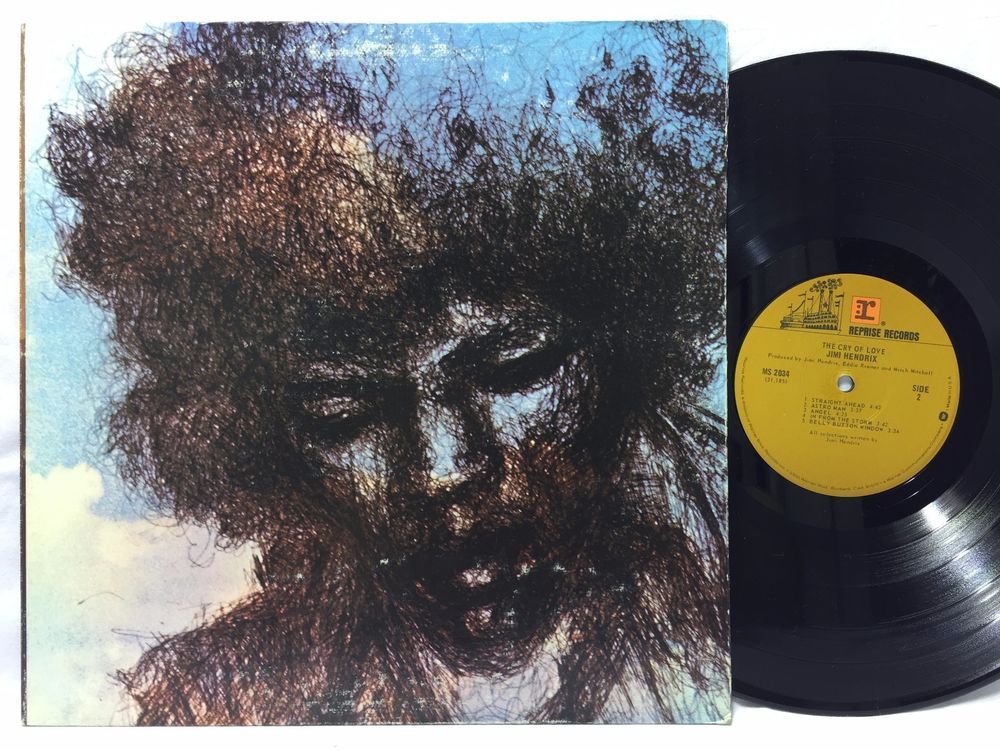 “He played it left hand, but made it too far…”

In the early hours of the 18th September 1970, Jimi Hendrix, one of the world’s most influential guitarists, was found unresponsive at an apartment in the Samarkand Hotel, Notting Hill, London. Having failed in their efforts to resuscitate him, he was finally pronounced dead at 12.45 at St Mary Abbot’s Hospital. The post-mortem that duly followed found that Hendrix had choked on his own vomit and died of asphyxia, “whilst intoxicated with barbiturates”.

Some close to him claimed that it was suicide, mainly due to deep-seated insecurities and the pain of failed relationships, of a growing disillusionment and a now barely concealed resentment towards the music industry, whilst others were sure that it was the result of some horrible accident, that the rock star was being overworked and suffering from a chronic lack of sleep, that his hedonistic life-style of heavy drug use had finally caught up with him and taken its inevitable toll. His last words, as prophetic as they were desperate, were reported to be: “I need help bad, man.”

There are others, although few in number, who still, of course, shout of conspiracy as a way to soothe that particular shock left behind after such an untimely passing of a renowned and bonafide star with the whole world lying apparently all about his feet. Who insist that Hendrix had lain unconscious in his girlfriend’s hotel apartment for hours as drugs were removed from the scene or that red wine was poured down his throat until he finally succumbed that morning in west London. It is an encapsulating tale full of drugs, alcohol, sex, debts and secret agency hit-lists, but, sadly, rather less about the back catalogue of inspirational music left behind; albums such as Electric Ladyland and songs like ‘Purple Haze’, ‘All Along the Watchtower‘ or the raw and rasping, ‘Hey Joe‘. Seemingly forgotten, at least at that moment, the legendary performances at Woodstock and the Isle of Wight, and the image, seeped in iconic counter-culture, of a burning guitar centre stage, Hendrix kneeling as if in prayer. And little thought was given still to a yet untitled album that, on the 18th September, lay unfinished, just a collection of songs and a proposed track-listing scrawled out in pen. A would-be album that Rolling Stone magazine would, a few months after his death, review as a, “beautiful, poignant testimonial, a fitting coda to the career of a man who was clearly the finest electric guitarist to be produced by the sixties, bar none.” The Cry Of Love would quickly become a powerful tribute to an everlasting and rich-seamed talent.

Jimi played it left hand, and the guitar became a natural extension of him as he played and plied it at every conceivable angle, even from behind his head, coaxing from it sounds that were exquisite yet excruciating in equal measure, that are still totally without parallel. Man and guitar, the eery but perfect duet.

Hendrix had an amazing, unique technique that was spellbinding and shocking to audiences and listeners, bursting instantly into a fiery life of chords and riffs from the end of his calloused fingertips, to emerge screaming from the depths of deep oceans of emotions. There is a pain clearly discernible in every single chord that must have made his fingers bleed while his soul wept, a pain that is hoarsely carved through every word sung by an anguished and disillusioned voice that lingers long, long after the album has finished.

The guitar wails and The Cry Of Love immediately rocks as long fingers slide back and forth, precisely and powerfully.
“You know you hooked my girlfriend,” Jimi sings on ‘Freedom‘, “You know the drugstore man. Well I don’t need it now, I’m just tryin’ to slap it out of her hand! Freedom!”, he demands passionately and desperately, freedom from the faceless pusher that has hooked his girlfriend on heroin.
“So I can live!”

It is an impassioned plea, a heartfelt desperate beg full of bitterness and tinged with a threat and a promise that is screamed out of anger and hopelessness from the depths of a broken heart that bleeds throughout an opening song of musical and contradictory styles. A favourite among Hendrix fans, ‘Freedom‘ demands that you sit up and clasp the edge of your seat so very tightly, that you take notice and immediately pay heed to his warning.

While tracks like ‘Freedom‘,
‘Ezy Ryder‘, ‘Night Bird Flying‘ and side two’s opener,
‘Straight Ahead‘, rock and strut and prance while bristling, other songs like ‘Drifting‘ and the beautiful ‘Angel‘ glide and soothe, fighting against the turbulent current and crashing waves as beguiling and almost hope-filled love songs.

“Drifting, on a sea of forgotten teardrops,” the words a contrast for what has come immediately before. “On a lifeboat, Sailing for your love.” It is an impassioned love letter, but the voice, although delicate, is still unmistakably Hendrix, and still toned by its usual passion, although, for the moment, reminiscent, thankful.

‘Angel‘, originally recorded as ‘Little Wing‘ in 1967 at London’s Olympic Studio, and then again later as ‘Sweet Angel‘, is said to have been inspired by a childhood dream of his mother, and is widely recognised as probably Jimi’s finest ballad, with many pointing towards the more personal and feminine-led similarities it shares lyrically with both ‘Drifting‘ and ‘Night Bird Flying‘.

“My mother was bein’ carried away on this camel,” he was to explain to Meatball Fulton in a 1967 interview. “And there was this big caravan, she’s sayin’, ‘Well, I’m gonna see you now,’ and she’s goin’ under these trees, you could see the shade, you know, the leaf patterns across her face when she was goin’ under… She’s sayin’, ‘Well, I won’t be seein’ you too much anymore, you know. I’ll see you.’ And then about two years after that she dies, you know. And I said, ‘Yeah, but where are you goin’?’ and all that, you know. I remember that… I never did forget,” he continued. “There are some dreams you never forget.”

Hendrix sings rock and funk but plays, undeniably and unquestionably, the blues, his interpretation of the blues. He sings and plays through each damned word and over every cursed line with such a heavily laden heart and a deep sense of hopelessness and foreboding, with an uncompromising edge summoned up from some dark place he seemed forever destined to inhabit. His blues, that became so painfully prophetic. To be accompanied always by that rising and falling, wildly electric cacophony by his side, at the plucked-up and picked-at strings whining and wailing upon command, bent to his will as he rasped and gnashed: and such a willing accomplice. It is the blues. An interpretation of the blues coloured by voodoo and religion, that tells of hedonism and excess, but still steeped in its ’50s rock ‘n’ roll inspiration: the forewarned Devil’s music of fire and brimstone now reclaimed and renewed for the new decade.

The Cry of Love was recorded largely at Electric Lady Studios, in New York and released on 5th March 1971. The album would go on to reach number 2, in the UK Albums Chart, and number 3 in the US Billboard 200. 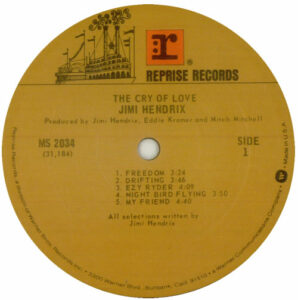