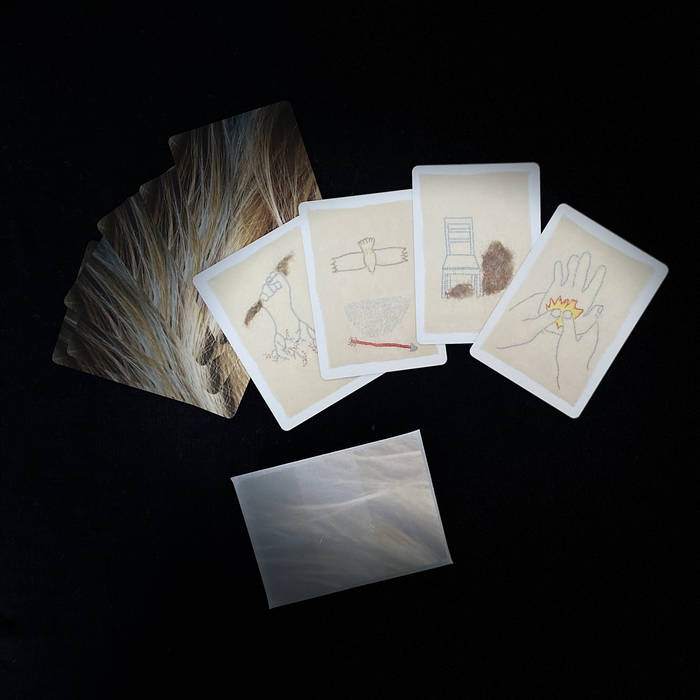 When I look back over 2020 the two consistent things were COVID and S. Hollis Mickey. Throughout the year I listened to Mickey’s music. Sometimes it was all I consumed, at other times I cherry-picked what complemented my mood, but I always listened. There was something comforting about listening to Mickey’s deadpan vocals about life, love, cooking, animal husbandry and, well, folding sheets over serene electronic soundscapes. I remember one evening after a day filled with existential dread and when everyone else was asleep, I sat on my sofa, made a cup of tea, and listened to her 2019 album How to Fold a Fitted Sheet on my trusty Walkman and everything faded away. When the album finished, I was relaxed and ready to face whatever challenges the next day had in store.

Mickey isn’t just a musician, she is a performer and artist. When the pandemic hit, she found herself unable to perform in venues, so she hit upon the idea of performing in her living room via Zoom to an audience of one. These 20-minute performances were dubbed Tea Services. After an initial conversation with the sole audience member, Mickey sent them a specialized tea blend and cake in the post to consume during certain parts of the performance. The first of these shows was released in January and hinted at a change in sound for Mickey. The music was more organic, vocals and flutes were used. This created a light and airy atmosphere when compared to the electronic soundscapes of some of her earlier work. This all brings me to Mickey’s new album Tarot for Tender Actions. As with her best work, it has a concept. Tarot. Every track on the album is based on a tarot card Mickey designed and embroidered. The idea is that you pull the cards from the deck. This is about how its meaning relates to your life and how to use it as a non-violent call to action. While pondering its meaning you could/should listen to the track that inspired it.

The first thing you notice when listening to Tarot for Tender Actions is how warming it all feels. In the past Mickey’s music has felt very stark. No, that isn’t the right word, but there is functionality to it. The music used best suits the mood of the piece. Here, almost from the outset, the sounds are more welcoming. The reason being that Mickey is using a similar set-up to the Tea Service performances. A keyboard, flute, her voice, and that’s pretty much it. On ‘Soft Furnishing’ Mickey creates a soothing sonic environment. Her flute work is delicate and breathy. It immediately puts
you at peace. As its dulcet tones float from the speakers you are taken to a place of tranquillity. Ultimately it takes its time to meander through its rich melodies, and tones, leaving you plenty of
time to contemplate either the meaning of the card or your own situation. ‘Tinder and Press’ is one of the tracks on the album that uses percussion. This gives it a bit of bite. The backing track is full of sinister motifs. This works incredibly well with Mickey’s voice. Here she creates siren-like sounds. Combined, we have a slightly unsettling feeling that while not unpleasant, does make you pay attention in case there are any sudden jumps, or changes in tone.

The downside to the album is that we don’t hear Mickey telling her wonderful stories. Instead, she uses her voice as an instrument. Elongating vowels to add to the diaphanous soundscapes she
creates gives a mythic element her previous releases don’t have. It mixes the organic with inorganic sounds. The combination is striking and really cuts you to your core, but I do miss her tales of finding comfort in performing small details expertly, cooking and housekeeping. They remind us that in a world where the days run into each other, there is an importance about being able to accomplish something, to separate not only the days but your routine. At its heart, this is an album made in isolation, but there is nothing isolating about it. It is one that longs to be played again and again so you can get lost in its labyrinthine melodies and motifs. It also reminds us to be tender to ourselves. Even when things aren’t going well. This is a far greater take anyway than any earworm or parabolic story.