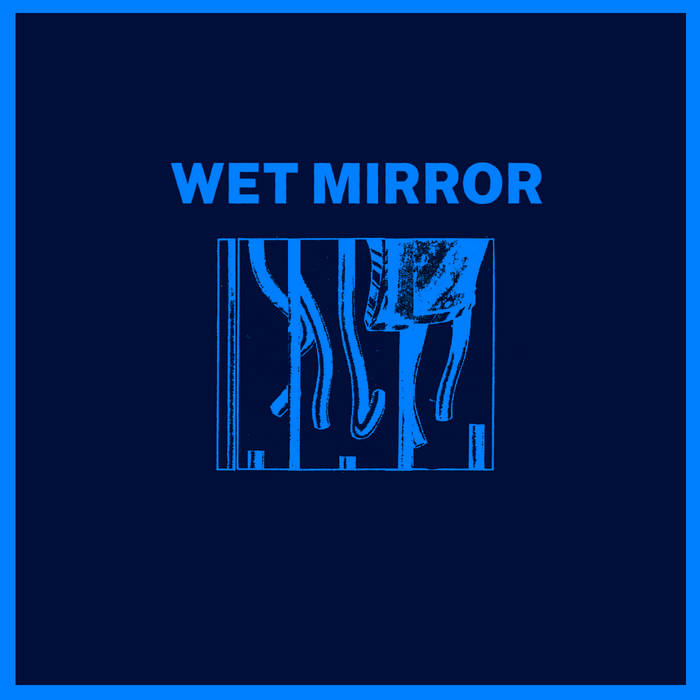 It’s pretty safe to say that BLACKCLOUDSUMMONER and Territorial Gobbing are prolific. Their combined tally of albums since 2020 is at least 30. So, the inevitable happened. They joined forces and formed a noise supergroup called Wet Mirror. Unlike a lot of supergroups, if not all, Wet Mirror is actually great. The self-titled debut album is 30-minutes of ambient existential noise, which leans heavily into field recordings.

When looking at the sleeve notes, this music is made apparent when they list what each member brought to the album: “Territorial Gobbing: Recordings of water and cycling through mud manipulated on reel-to-reel and dictaphones, guitar, vocals, floor tom, objects (on floor tom or otherwise), synth and live manipulations of a Capitol Hill riot livestream. BLACKCLOUDSUMMONER: Synth, throat, toilet bowl, kitchen sink, metal pan, water and sampler.” Of course, this feels tongue in cheek in places, but at the same time incredibly honest.

So, what does it all sound like? Take ‘Five Holes/Hazard Pay’ for example. It opens with what sounds like coins being played within pockets, knives being sharpened, chains being coiled on a table and other rattling noises. Under this are abstract synths, deep bass drones, stray melodies, and a general feeling of unease. It would be super easy to bury all this under a layer of bile-soaked noise, but they don’t. Instead, Wet Mirror allow us to hear all these elements as clear as day. This makes the music more uncomfortable. It really gets under your skin and into your bones. As ‘Five Holes/Hazard Pay’ progresses, the intensity mounts. The soundscape becomes more abrasive and unrelenting. But, as I’ve already said, it never becomes a wall of searing noise. Wet Mirror are more interesting than that. At the moment when you expect the floodgates to open, they opt to go down a different avenue. And this is why Wet Mirror is an exquisite listening experience. After all this you’d expect the following track, ‘It’s Not Going to Fit back in the Tube’, to be a proper rager. But it isn’t. There are subtle, and slightly wonky, melodies. It’s laidback and not a jittery mess. This ability to know when to relax, for the listeners and their sake, is impressive. The album is balanced but not boring.

What Wet Mirror shows is that BLACKCLOUDSUMMONER and Territorial Gobbing are masters of their craft. What’s even more impressive is that they get their message across without resorting to absolutely punishing walls of harsh noise. Of course, when they do it’s utterly fantastic, but the fact that they don’t need to do that all the time speaks volumes. This is the kind of release that an existing fan of either artist, or the genre, will lap up. It’s all there. However, Wet Mirror works incredibly well for someone wanting to get into this music but not really knowing where to begin. Let’s hope this is the first of many releases as it feels like both of these artists have more to say to, and play off, each other. Wet Mirror isn’t what I expected but it’s probably better because of it.