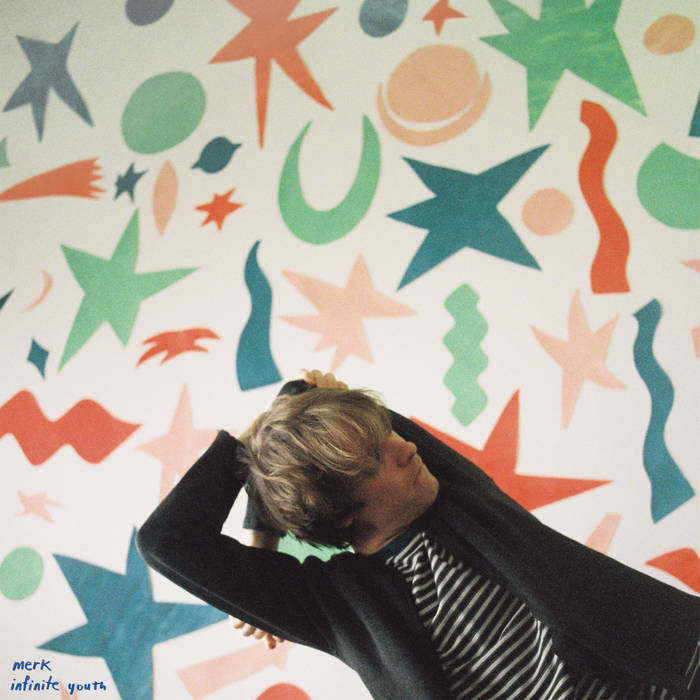 Merk is the solo project of songwriter, producer and multi-instrumentalist New Zealander Mark Perkins. This is his second album, the follow-up to 2016’s Swordfish.

Oh sweet Jesus, there is so much wrong with this album that I scarcely know where to start. But I’ll start here with the much maligned case of hypnagogic pop, music from around the late 2000s which took music and culture from the 1980s, creating a dreamy music that was lo-fi but desperately wanted to be pop (you can research online about how this maligned music inspired utterly savage responses. It probably did lead to perfectly acceptable- if unhip -music being reclaimed and marketed, almost as bizarrely as ‘yacht rock.’) It feels that this is what is being attempted here, with less than satisfactory results.

On a basic level it’s a homemade record. Absolutely nothing wrong with that, but it thinks it’s deep, with a press release that talks about classic song-writing in one moment and then US minimalist composers in the next. It’s one thing not to make something that’s overproduced, but too much of this feels like unfinished sketches. Sad to say, songs that are fairly average – at best – like opener ‘H.N.Y.B.’ and ‘GOD‘ – are not helped by Perkins’ voice, which can border on the soporific at times. Perhaps the only redeeming thing is album closer ‘Infinite Youth‘ which suggest that something might be salvageable if properly produced and put together.

I have no problem with ‘POP’ music (as opposed to rock, soul or whatever, not popular music). See, the problem here is that it spends so much time being so arch, and post-modern and ironic (bordering on being moronic), that it leaves behind the joy of pop music being simple and joyful, rather than letting go, it has an arched eyebrow, as if just playing to the one person in a room who is on their level. That’s not pop music, it’s showing off and it’s not needed, frankly. It feels that it wants to be a pure pop record, but is just too worried about what other people might say.

This album suffers from being too clever for its own good, and simultaneously being way out of its depth. Much of this has already been done way better by the likes of Metronomy, Hot Chip and Empire Of The Sun. If you want to know why the charts are constantly full of old records it may well be that part of the problem is records like this being held up as part of the solution are going to send people running for ‘Mr. Brightside‘ and Rumours because they’ll want something that’s actually quality.

Please don’t fling this crap at our pop kids.