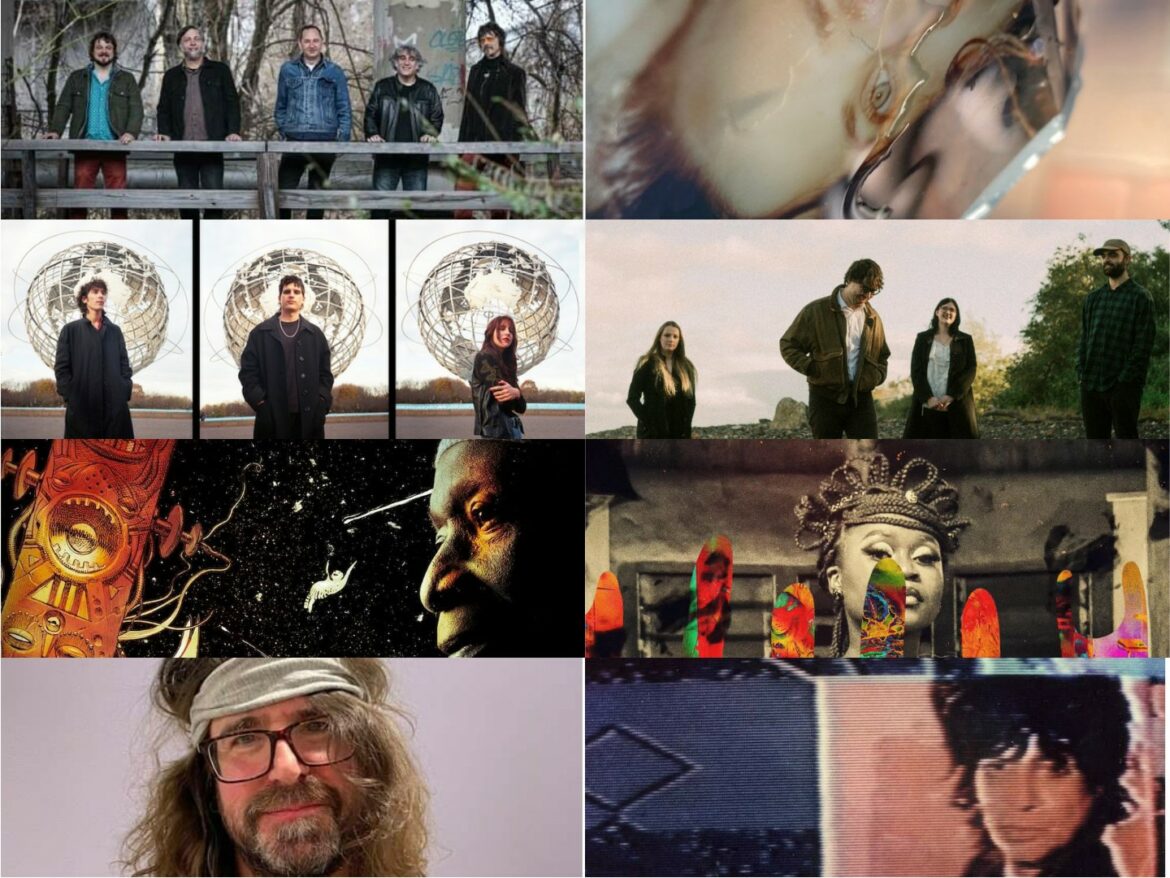 It’s independence day! Well, not quite but at least you can go for a pint outside eh? Here is another seven-song serving of new music to brighten up your week maybe hope is over the horizons let’s wait and see. As always you can check out more by following our Tracks of the Week playlist here, more tracks added every week.

Why we love it? Soaring and insatiable, Distant Lullaby is a fantastic hit of catchy power fuzz-pop invested with spiralling guitar riffs and a wave of percussion. Rose Vastola’s vocals woven with an “honest proclamation of the inability to let things go unresolved” have a bittersweet yet life-affirming quality, as this catchy melody shoots across the night sky like a bright firework. A cracking tune. (Bill Cummings)

Speaking about the track, Rose Vastola of the New York trio says:

“Distant Lullaby is an honest proclamation of the inability to let things go unresolved. The melody popped into my head while demoing the tune late one night with Ian Bernacett on acoustic guitar. Partnered with distortion, fuzzy bass and floating cowbells we wanted Distant Lullaby to be an instantly catchy song.”

Why we love it: Tony Allen the Afrobeat master drummer and man who blazed a polyrhythmic trail for decades died last year at the age of 79. His legend lives on. On the 30th of April, the anniversary of his death, Blue Note Records will release the posthumous album There Is No End, a wide-reaching collaborative record Allen was working on right up until his passing  ‘Stumbling Down’ is the second single to be taken from it. The song features Zambian-Australian rapper Sampa The Great and is further evidence of the ever-expanding musical dimensions that Allen continued to explore throughout his life. Here he lays down an effortless groove over which Sampa The Great’s voice is gloriously scattered. Sublime. (Simon Godley)

Why we love it: Nearly five years after his passing, Alan Vega is still reaching out to us musically from beyond the grave. Perhaps best known as the frontman and one half of the pioneering American avant-electronic duo Suicide, he also enjoyed a successful solo career and it is from that particular source that ‘Filthy’ is drawn. Appearing on the upcoming album Mutator – the hitherto lost record was discovered in the Vega Vault and then mixed and produced by Vega’s partner and frequent collaborator Liz Lamere and fellow Vega collaborator and close friend Jared Artaud – ‘Filthy’ casts Alan Vega in the role of some transatlantic Mark E. Smith as he beats out a relentless vocal tattoo over the song’s merciless rhythm. The song may well be a quarter of a century old but still sounds refreshingly new. (Simon Godley)

Lou Barlow – Over You

Why we love it: Lou Barlow is not a man to rest on the laurels of the legendary status he has rightly achieved through being a member of both Dinosaur Jr. and Sebadoh. No sir, he also cultivates a continually impressive career under his own name, the latest offering from which is ‘Over You’. Taken from his upcoming solo album Reason to Live (out on 28th May via Joyful Noise Recordings), it is an ode to California and Barlow’s yearning for the Golden State, a place where he lived for 17 years before he and his family moved back to Massachusetts. And just like California itself, the song glistens, shines and calls you back for more. (Simon Godley)

Why we love it: Reigning Sounds continue to drip-feed us much goodness from their forthcoming album A Little More Time With Reigning Sound. Following firmly in the footsteps of last month’s first single to be taken from the new record, ‘A Little More Time’ comes ‘Oh Christine’. Speaking about the new song band leader Greg Cartwright says “‘Oh Christine’ was written as a folk ballad, but when Graham (Winchester) started playing 4/4 behind me at rehearsal, it took on a whole different feel. The counterpoint of the electric guitar, the double-time bridge, everything about it just fell right into place. I love it when that happens.” And fall right into place it most certainly did. Have a listen for yourself. (Simon Godley)

Why We love it? from Pillow Person is Sarah Jones (drummer with everyone from New Young Pony Club, Hot Chip and even Harry Styles). A watery, enveloping and popping track that’s liquidy keyboards, infectious refrains and pitter-patter grove have a 90s alt-pop vibe like All Saints grooving with early garage cut. Sarah says: “this song is about my love / hate relationship with the city and the search for a dark sky. It was written between Paris and London, working together on production with Bastien Doremus to get the sound of Ace Of Base crossed with The X-Files”. Intriguing and capitating.(Bill Cummings)

Why we love it? Down to earth song cycle, delicate instrumentals and drum machine beat, laced with a vivid spoken word stream of consciousness that takes a trip to the coast and gets lost in the eyes of a Welsh girl, it’s anchored by a lilting hook sampled from American psych-folk artist Jessica Risker‘s ‘Anyway When I Look In Your Eyes’. Maybe you could reference Black box recorder for the balance of introspective and hooky line, you could even draw comparisons with Eminem‘s ‘Stan’, only more lo-fi But its clear Cardiff outfit Blue Amber are fostering a special and individual approach to songwriting. Huddle around and sing along. (Bill Cummings)