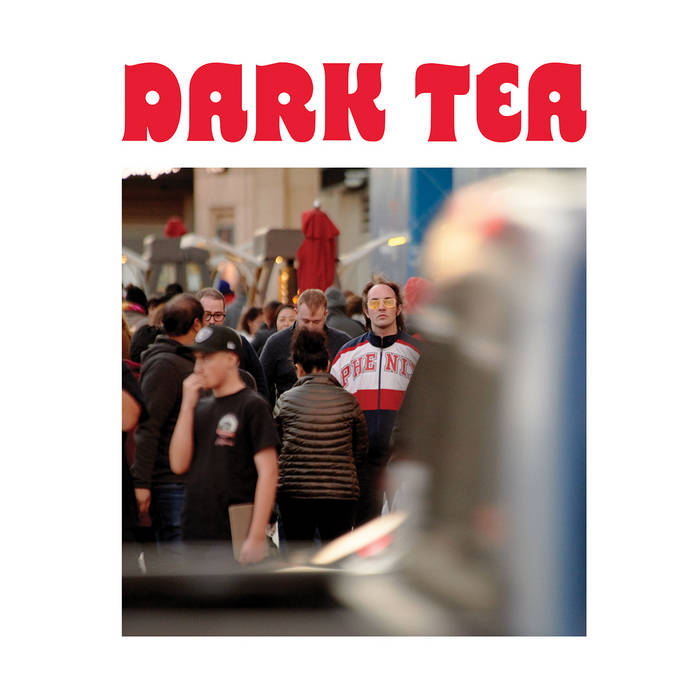 Dark Tea is the solo project of former New Yorker and now LA-based musician Gary Canino.  And much like the cities of NYC and LA, Dark Tea is all about the aesthetic.  Not in an obnoxious or over-hyped way, but in an unassumingly cool way. In the way that people who have lived in major metropolitan areas imagine everything is available at all times and is used to everyone around them being smart, funny and intelligent.  Dark Tea is the sophisticated sound of civilised bohemian society in the modern age.  It is the music of the comfortable outsider, or, the hipster as they are perhaps more commonly known.  It exists in a bubble of creative backslapping amongst like-minded peers, ill-fitted suits from flea markets and discussions about Raymond Chandler and Skylight Books over bourbon, a vaporiser filled with strawberry cough and friends with above-average video editing skills who won’t think twice about spending four and half hours on a Sunday condensing all of the above into 60 seconds of Instagram footage to tag you in.

So why you ask does it sound like I’m listening to a country record that was made by someone from the Mid West you ask? Shhhhhh, child, for you do not understand that irony is cool.  And being mellow is a lifestyle choice because a little escapism from the circus that is US politics in 2021 is completely and utterly understandable. Besides, the city of angels was home to many a so-called “hipster” paying homage to the canyons and their rural roots, look at Neil Young.  If I want to curl up with a copy of Farewell my Lovely, a glass of bourbon, some good company and a little bit of legalised marijuana then by Krishna I will – I imagine Canino says in response.  And really, who am I to stomp on that parade?

The album features 12 tracks, a song called ‘Tears Down the Road‘ opens the record which ends with an outro so beautiful it’s almost a shame to waste it as the opening track. This song is followed by a pop-infused, soft rock effort ‘Highway Mile‘.

A similarly catchy pop-folk track follows in the form of ‘Deanna’ but it’s tracks four and five that take my ear by welcome surprise.  This is a two-parter called ‘US Blues Pt 1‘ and 2 and it moves away from anything else on the record to explore soft-electronica that sounds a little bit like ‘Electronic Rennaissance‘ on Belle and Sebastian’s Tigermilk album.  This influence continues on the track ‘Losing III‘ which effortlessly merges a drum machine, synths and an electric guitar.  It is representative of Canino’s talent that at no point this change in pace sounds at odds on the record.

Canino makes heavy use of the slider in guitar parts which certainly adds to the feeling of it being a country record but it’s not that straightforward and it’s not really ironic either.  It’s certainly easy listening but then there are hints that there’s more to it than that.

My only genuine criticism of this record is that sometimes it sounds a little too comfortable, it lacks character because perhaps it plays it too safe at times.  There’s a temptation to perfect things as an artist because obviously, you want your record to sound as good as it can but sometimes this process can be a neutralising force and I get the sense that this happened a little bit here.  There aren’t any nuanced, tangible qualities that make it especially unique, like when you listen to Bright Eyes and soft country notes are spliced with Connor Oberst’s heart-wrenching lyrics and shaky vocals or Mac Demarco and his alternative tunings.  I’m not suggesting that all artists need to have a gimmick, there’s nothing wrong with making easy-listening, good music but if I was forced to pick a fault then lack of distinction is what it would be.

That being said, you can tell a lot of care and attention has been paid to this record, it’s truly a delight to listen to so many layers that blend together as melodically as they do on this record and that takes a trained ear and a lot of patience, which are not assets to take lightly.