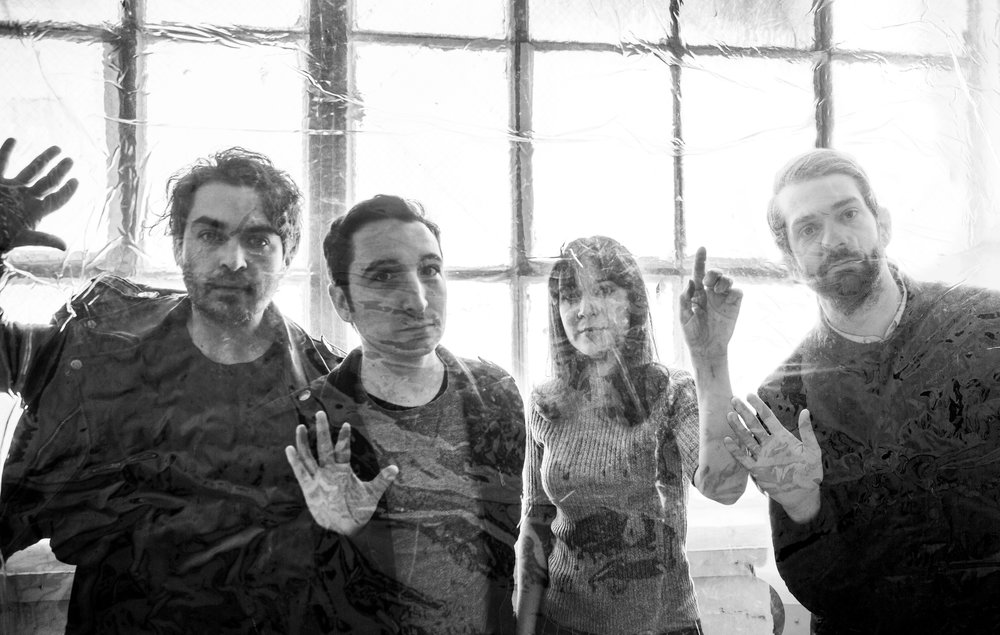 Welcome to the first May edition of Tracks of the Week, featuring two selections from our deputy editor Simon Godley and three from editor Bill Cummings. During another week of increased freedoms to travel and see friends, we’ve once again been overwhelmed by the quality of the new music thrown our way, making the task of whittling our selections down to a reasonable number of tracks all the more difficult. As has become custom in these introductions, here’s your weekly nudge to follow our regularly updated Tracks of the Week playlist. What could you possibly stand to lose?

Why we love it: This striking piece of experimental electronic pop is the first single to be taken from Mabe Fratti‘s forthcoming sophomore album Será que ahora podremos entendernos? – translated as Will we be able to understand each other now? Recalling the electronic angularity and saw-like cello work of Arthur Russell‘s World of Echo, the piece creates a curious, enigmatic and sometimes threatening sonic environment through which Fratti’s voice acts as a lifeline; soothing and delicate. ‘Hacia El Vacío’ is clearly the work of much rumination and experimentation, containing powerful and competing emotional temperatures.

Why we love it: Released as the final single of Nice Swan Records’ Introduces Series, ‘R&B’ is a sneering, high-powered takedown of racial stereotypes and the perils of self-doubt. Speaking of the record, the band note, “‘R&B’ is about the cyclical, productivity-diminishing paradox of low self-esteem and imposter syndrome-induced writer’s block that then fuels low self-esteem and imposter syndrome. It’s also about racial identity and putting the love that you have to offer a potential romantic partner back into yourself.” Big themes for an equally big song, displaying a searing musical aptitude along with an acute understanding and sensitivity to both personal and societal issues.

Why we love it: Speaking about ‘Cruel Intention’, Oh Baby say, “We wanted quite a disposable sound, with a kind of plasticity to an almost one-hit wonder-like song about the inevitable risks of love, the risk of never truly knowing someone until their ‘version A’ mask is lowered, and by that time you’re usually already too far in.” The duo of Rick Hornby and Jen Devereux may well have been striving for something completely expendable but on the lead single from their forthcoming album Hey Genius (set for release on the 23rd of July via Burning Witches Records), they deliver an almighty punch to the solar plexus with a clenched fistful of 80’s inspired synth-pop. (Simon Godley)

Why we love it: It has been eight long years since the Cambridge-based neo-folk quintet Fuzzy Lights released their last album Rule of Twelfths. But now they are back with news of follow-up Burials and the first single to be taken from it. ‘Maiden’s Call’ is also the lead track from the forthcoming album and it mark’s the band’s return with the most serious of intent. Exploring themes of loss and connectivity, the song is a powerful exercise in melancholy and resolution. There is an ingrained sadness in singer Rachel Watkins’ voice, the pain and suffering of which is merely magnified by the tumult of violin and guitar as ‘Maiden’s Call’ builds to a dizzying finale. (Simon Godley)

Why we love it: Anika returns with her first solo music in eight years in the guise of new single ‘Finger Pies’ via Invada in the UK and Sacred Bones in the US. The track is a slice of smoky, artful, dub-infused pop that finds Anika contemplating her adopted home of Berlin, spiralling through perceptive spoken word missives, bounding bass and shimmering refrains. It ripples with a ‘60s cinematic chic and knowing hook. The track is accompanied by an excellent video directed by Sven Gutjahr (Holly Herndon, Versace). Fantastic. (Bill Cummings)

Why we love it: Self-styled “nuke-wave” artist Monograms reveal their new single ‘Speak And Spell’. Written by the New York artist around the time of, and about the Capitol riots, it’s a thrilling collision of Brooklyn dream-pop with crushing post-apocalyptic post-punk. Think a collision of Suicide and Working Men’s Club moulded into a heat-seeking missile. The laser focussed and discordant vocal rides fantastic crunchy industrial beats, menacing bass lines and dexterous synths into the heart of darkness and destruction. Unmissable. (Bill Cummings)

Why we love it: Finnish duo Babel have just released four-track maxi-single/EP Honeyspell. The wonderful lead track is an utter enveloping joy, like floating on a cloud of dreamy and gazey pop. Featherlight vocals decorate spellbindingly while fluttering textures of guitar, synths and woodwind swim underneath, rippling with memories of The Sundays and Cocteau Twins, but sounding as if wrapped in its own reverie. Inspired by the often-overlooked depth of reality TV, Babel transformed the ridiculous into something utterly gorgeous. (Bill Cummings)