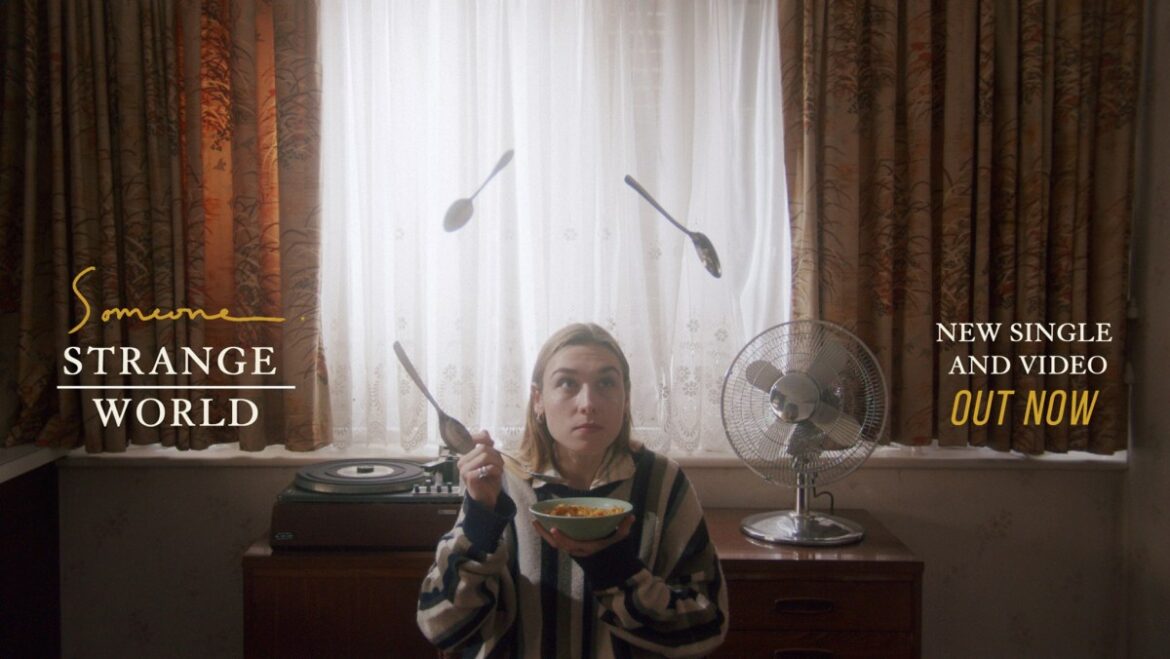 It’s Monday, which can mean only one thing: Tracks of the Week is upon us. Welcome to this, the latest round-up of great new music we’ve been enjoying here at God is in the TV. We’re joined once again by Julia Mason who shares her top pick with the Lounge Society‘s new remix of ‘Cain’s Heresy’, taken from the band’s recently released remix EP. Our editor Bill Cummings’ selections this week include La Battue and Stella Donnelly.

Follow our regularly updated Tracks of the Week 2021 playlist to keep abreast of our past and current selections. Enjoy!

PINK TURNS BLUE – There Must Be So Much More

Why we love it: Berlin-based post-punk heroes PINK TURNS BLUE returned with their new single ‘There Must Be So Much More’ in early April this year. We’re now pleased to share the accompanying music video, which captures the themes of hope and yearning for a better world that are explored within this melancholic, nostalgic piece. The track itself is a rousing call-to-arms to refine ourselves as individuals and work to make the world a fairer, happier place. The incessant basslines and lyrical refrains recall bands like Interpol and, in its quiet triumphalism, more modern influences such as the National.

Why we love it: Someone‘s poignant meditation on the power of imagination within a time of great turmoil is highly affecting, resonating with the experiences faced by so many through lockdowns and the generalised sense of anxiety of the past fourteen months. Written and recorded at her home studio in Amsterdam, ‘Strange World’ is the first single to be taken from Someone’s forthcoming album Shapeshifter, released via Tiger Records (Warner/ADA). Tessa Rose Jackson has been releasing music and visual art under the mantle Someone since 2017, creating work that draws on the influence of classic singer-songwriters like Nick Drake and Joni Mitchell, paired with the otherworldliness of contemporaries Cate le Bon and Aldous Harding. We’re very much looking forward to hearing more from the album.

Why we love it: This deceptively upbeat pop gem addresses serious, troubling events within the artist’s life; namely, the coming-to-terms with, and end of, an abusive relationship Bellatrix had been in. Speaking of the release, the former world beatboxing champion notes, “I wasn’t able to be honest with myself about my situation, but this song is a commitment to taking the first steps of that journey. The lyric ‘You’re Golden To Me’ is a promise of protection from a grounded position and seeing part of myself that knew how to guide the jumbled rest of me through.”

Poster Paints – Number 1
Why we love it: Evoking acts like the Jesus and Mary Chain, as well as more modern artists such as Ezra Furman and Du Blonde, ‘Number 1′ hits the sweet spot between 60s girl group melody and thundering, reverb-soaked production. Poster Paints is made up of two well-known faces of the Scottish indie scene in Carla Easton (Teen Canteen) and Simon Liddell (Frightened Rabbit). Collaborating remotely through lockdowns, in their words, this new project is a chance to work freely, unrestricted by steadfast genre pigeonholing and the pressures of limited, expensive studio time. In the case of ‘Number 1′, this newfound freedom shines through and what is created is the sound of two artists having a great deal of fun with the music they make. Infectious stuff.

One, in particular, caught my eye. ‘Cain’s Heresy – A Certain Ratio Re-Work‘. ‘Cain’s Heresy‘ was the band’s previous single, and to hear it getting a remix by A Certain Ratio is pretty special. The very essence of the track is still there, of course, but there is a subtle injection of electronica. A Certain Ratio have realised the importance of the lyrics and the clarity of Cameron Davey’s vocal delivery. The tempo of The Lounge Society’s track chops and changes throughout, and this is still reflected in this remix. Towards the end, the reigns come off and there is a gentle increase in that funky electronic vibe. The vocals are in the foreground throughout and you can hear the intensity of every word right to the end: “The face of a nation, bloodied and bruised”. This is a thrilling remix of a track that already had passion and intensity at its very core. (Julia Mason)

Why we love it; La Battue envelop and intoxicate with this new single that grows from dreamy pop to a dizzying carousel of sumptuous synths and harmonies. For fans of Stereolab and Broadcast, this is an impressive shot of comforting sound from this French brother, sister and friend trio. Their full EP is out on May 28th. (Bill Cummings)

Stella Donnelly – If I Could Cry (it would feel Like this)

Why we love it: Plaintive and haunting, Stella Donnelly returns with a cover of Jens Lekman’s ‘If I Could Cry (it would feel like this)’. This piano-laden and brass swollen rework shows off Donnelly’s wonderful tone; resigned and glorious.

The track is released by Secretly Canadian, as part of a celebration of their twenty-five years as a label. SC25 Singles is a series of 25 new, rare and unreleased songs, covers and collaborations from artists both within and outside the Secretly Canadian family. (Bill Cummings)