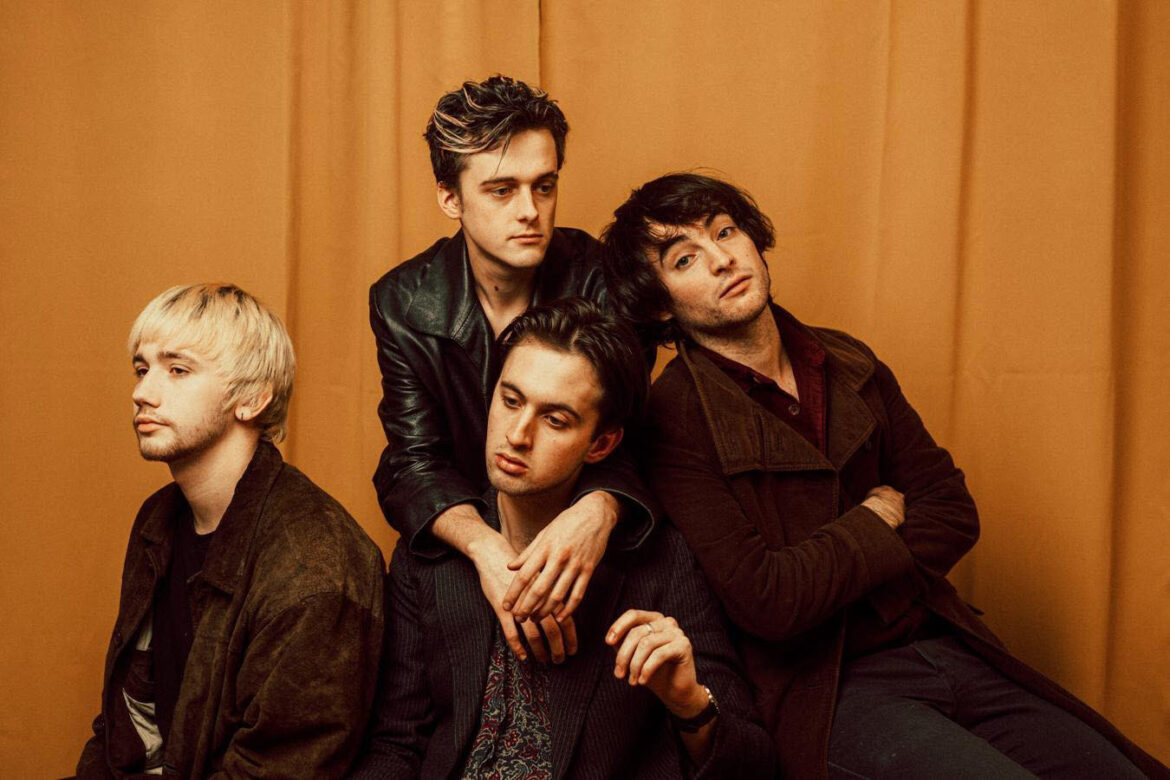 We’ve witnessed a quite scary resurgence of the ‘laddish type wiv guitars’ set-up over the last couple of years, dishing out a basic musical fayre of grey meat and tepid lumpy mashed potato.  To be honest it feels like Bandicoot are genuinely going to save us from all that, offering up instead an impressive selection of tempting delicious dishes tickling taste buds. With Welsh cakes for afters, of course.

Bandicoot aren’t messing about this year are they, confidently planning out a detailed menu in the most spectacular way.

The Bandicoot recipe for success, if you like: Take four men, Swansea-born. Move to Cardiff. Make their home a jukebox. Have them listen, listen, listen. Then listen some more, and absorb. Release singles Dark Too Long (‘half krautrock, half other weird things’) and triumphant glam stomper Fuzzy to critical acclaim and 6 Music applause. To create Worried Blues, the third single of 2021, take the paranoid ghost of John Lennon undergoing primal scream therapy. Imagine Lennon’s loss and isolation, a universal shared experience, openly express emotional vulnerability in lyrical content and vocal performance. Take note of the tired lad rock clichés, and take pleasure in rubbing the said tropes noses in it. Prove that Huw Stephens quip earlier this year, ‘Bandicoot have got a saxophone and they’re not afraid to use it‘, is true and valid. Make the sax goddamn hurt. Give rock n roll back its good name. Finally, leave music lovers suitably well nourished.

Worried Blues is out now via Libertino Records.