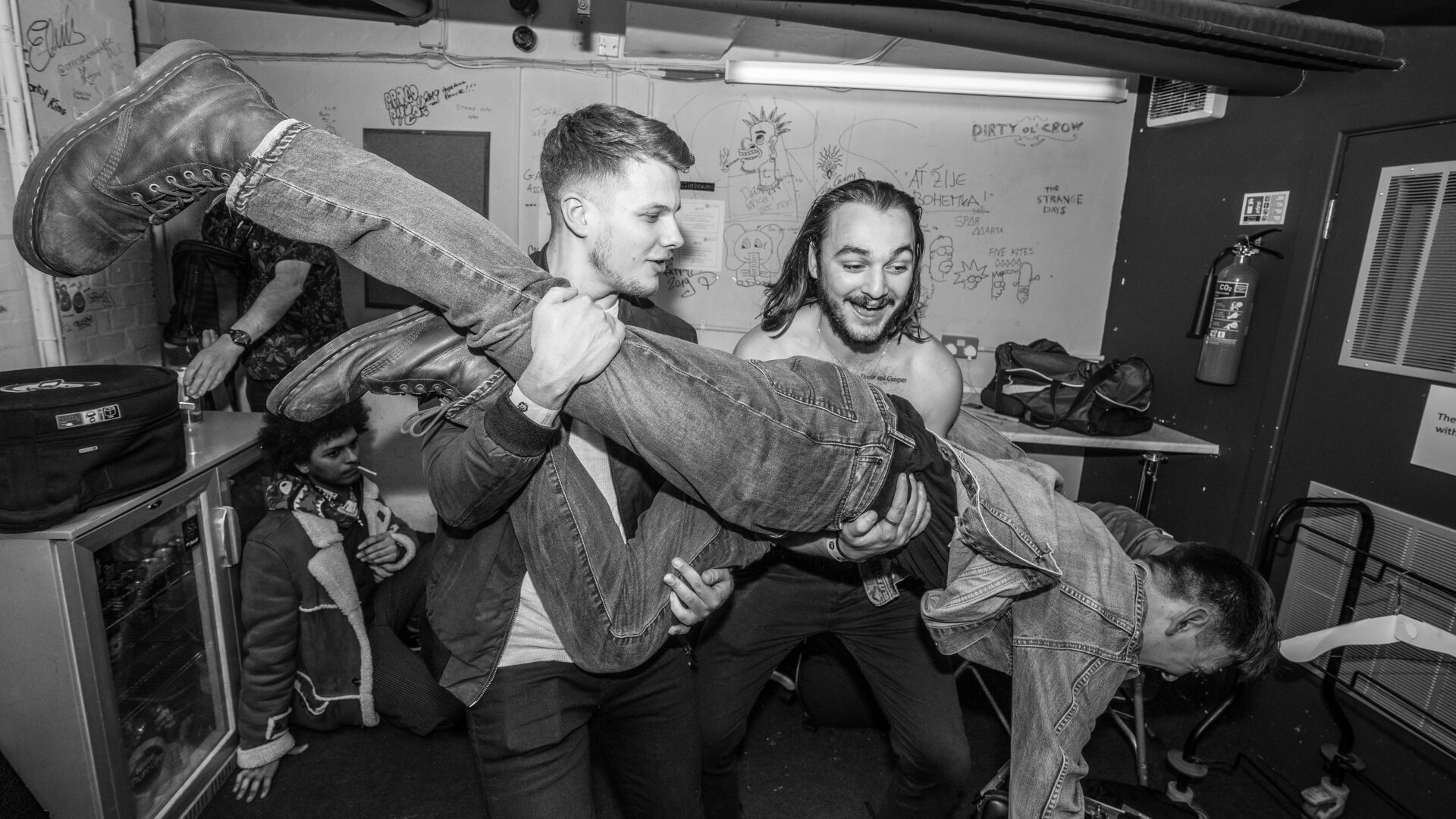 SHLUG are a punk trio based in Cardiff, describing themselves as ‘three peas in a pod that are constantly exploding’. They’ve just released their debut single ‘The Scent Of Roy Keane’ on Disobedient Records.

It was written when the band were teenagers, and deals with themes of masculinity and anger. Commenting on the track, vocalist Ellis Acton-Dyer said: ‘What really turns a boy into a man? Is it through protein shakes? Or is it by pissing all over the seat? Either way, you decide. Just get the conversation going.’

Clocking in at a breezy 2.15, the song gets straight to the point, storming the gates and taking no prisoners with Ethan Poole’s venomous classic Motorhead bass and a heavy sound that smashes you in the face, thanks to Francis James’ frantic drumming.

Ellis’ vocal is brutal, raw and impassionate, scratched and burned, sounding like its been left out in the sun for hours then run over several times by a steamroller.

‘SHLUG was created as a way of making myself feel better’ says Ellis. ‘I was in a pretty shit place where I was constantly feeling sorry for myself, and I needed something where I could channel all that anger, emotion and thought into, but most of all, I just wanted something which I could be honest with’.

It’s a blistering, raw outburst of self-examination, with a chorus full of ironic bravado; ‘I’m a Great Dane, I’m a Great Dane.’ Questioning gender identity without forgetting to keep things fun, it brings back fuzzy memories of pub toilets, teenage bedrooms and lager-soaked venue floors. Coming soon to a moshpit near you.