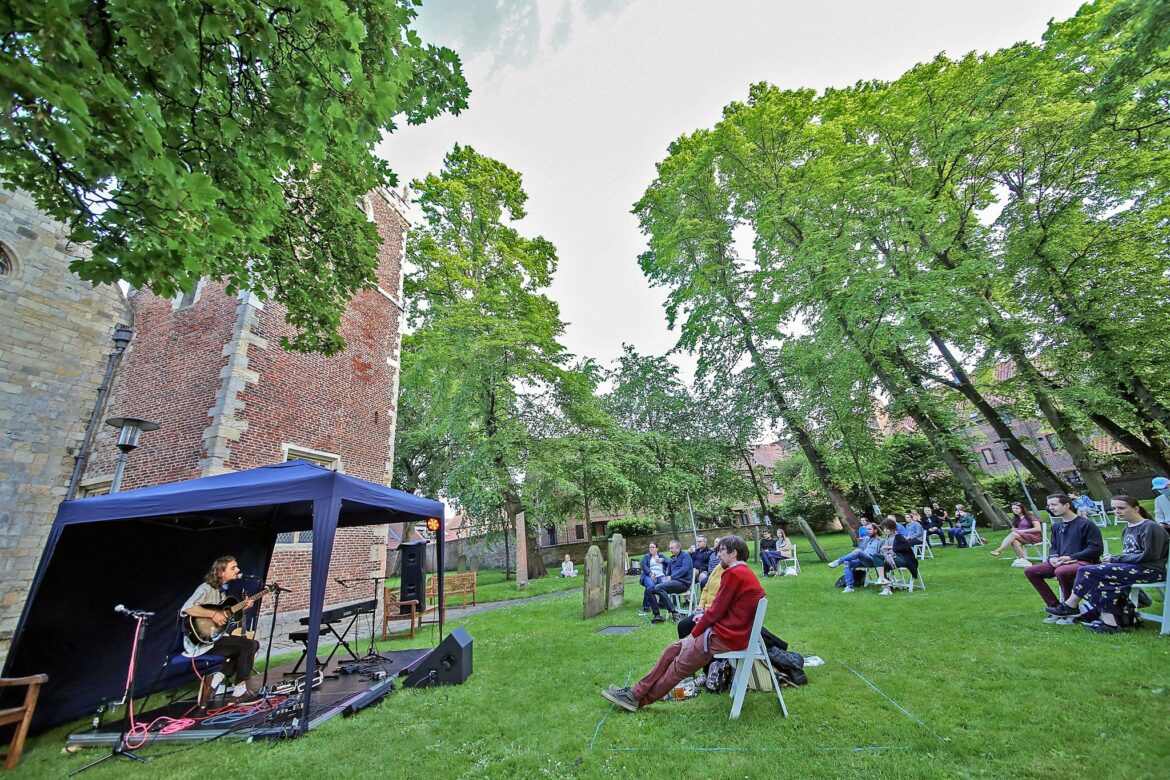 As we enter the grounds of St Margaret’s church this evening in our regulation face coverings, “we’re all masked up and ready to go” doesn’t quite have the same visceral impact as the start of an early Ramones’ record but it sure as hell is a highly visible sign of the times in which we all now live. Health and safety are undoubtedly key to this experience and whilst it may not be as we once all knew it, live music is nonetheless back. And for this we have to thank those good people at the National Centre for Early Music, ably supported by their fellow local live music promoters from The Fulford Arms, The Crescent Community Venue and Please Please You. 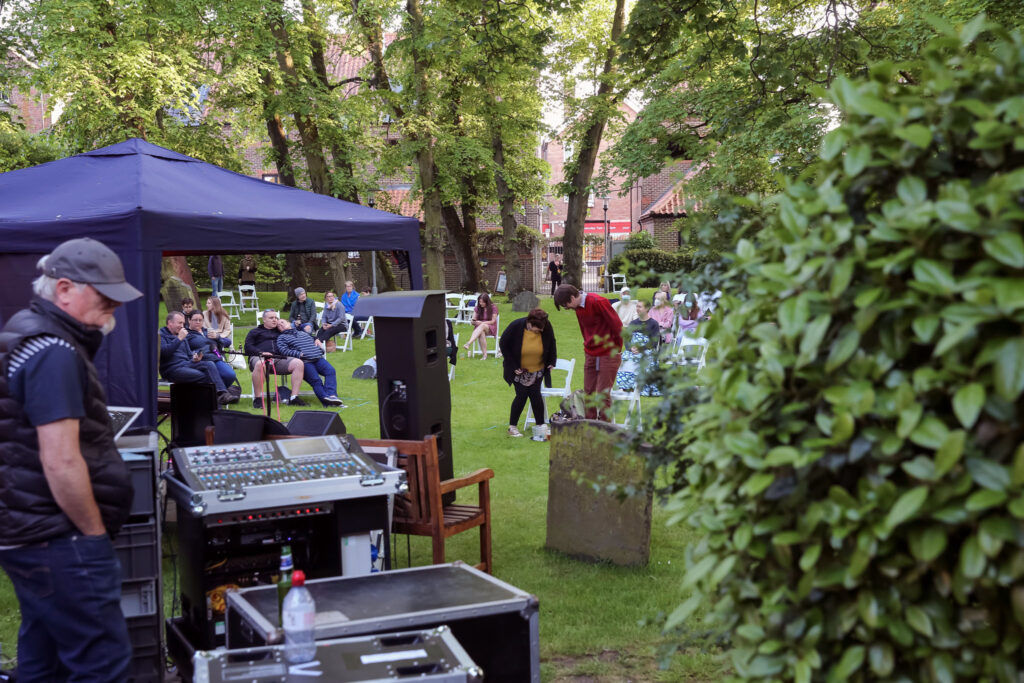 Together they are putting on another Songs Under Skies, an event which was first introduced last September within the restrictions of the ongoing coronavirus pandemic and which comprises a series of open-air acoustic concerts featuring some of York’s finest musical talent. This second Songs Under Skies began at St Margaret’s the previous night and this evening is the second concert of what will be five in total; the remaining three shows follow the week after next. All are being held, weather permitting, in the grounds of this most impressive Grade I listed medieval church. Tonight, thankfully, it is a glorious early summer’s evening and as we take our seats in our previously dedicated “pods” the controlled, yet essential elements of the event are more than offset by the tranquil beauty of the surroundings and the warm welcome afforded us by our hosts.

And then, of course, there’s the music. In keeping with the inaugural Songs Under Skies, two solo acts perform every evening. Starting at 7pm sharp they each play a half-hour set, bisected by a 30-minute interval, and the entire performance is over by 8.30pm on the dot. There is no escaping the regimentation and requisite sterility of the occasion – a one-way traffic system, for example, is in operation through the church en route to the bar and toilets – but it is a huge testament to the careful planning, preparation and pleasure of the organisers that it all runs so smoothly and in such a relaxed and friendly atmosphere. 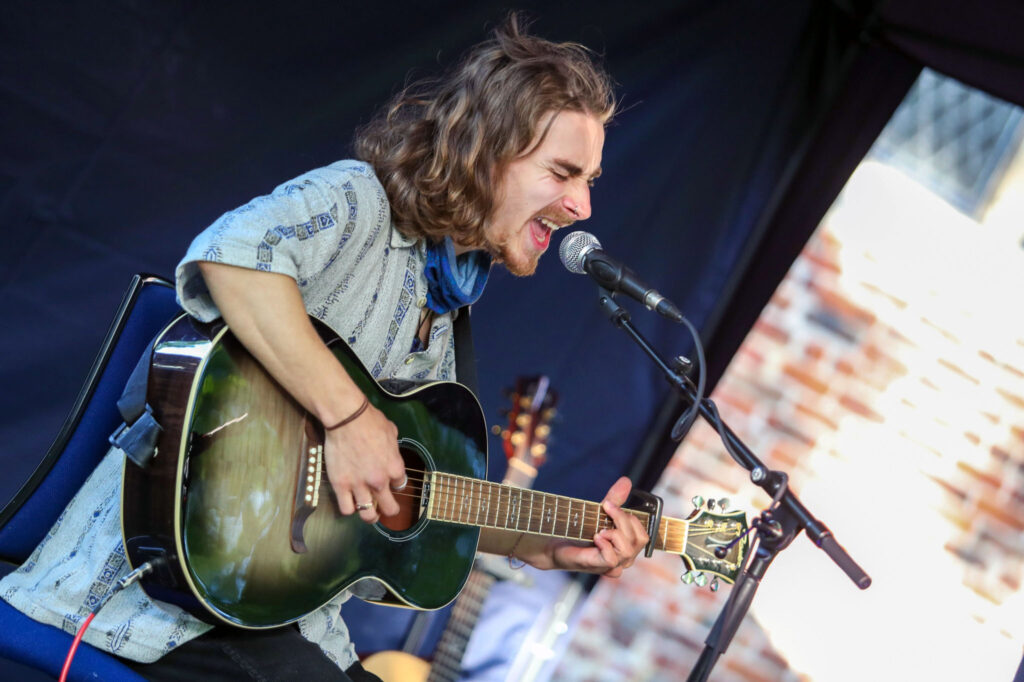 Still in his early twenties, Kell Chambers is a relative veteran of the local music scene having previously featured in many open mic sessions in York alongside past times spent busking on the streets of the city centre. He is a talented young man. He comes here this evening armed with his guitar and a handful of his own, well-crafted tunes, a number of which appear to be destined for his debut EP, Daisy Sonder, which is due to be released later this year. With a quietly understated confidence, Chambers brings his elusive songs to vivid life, evoking his love of the natural world that surrounds him as he does so. 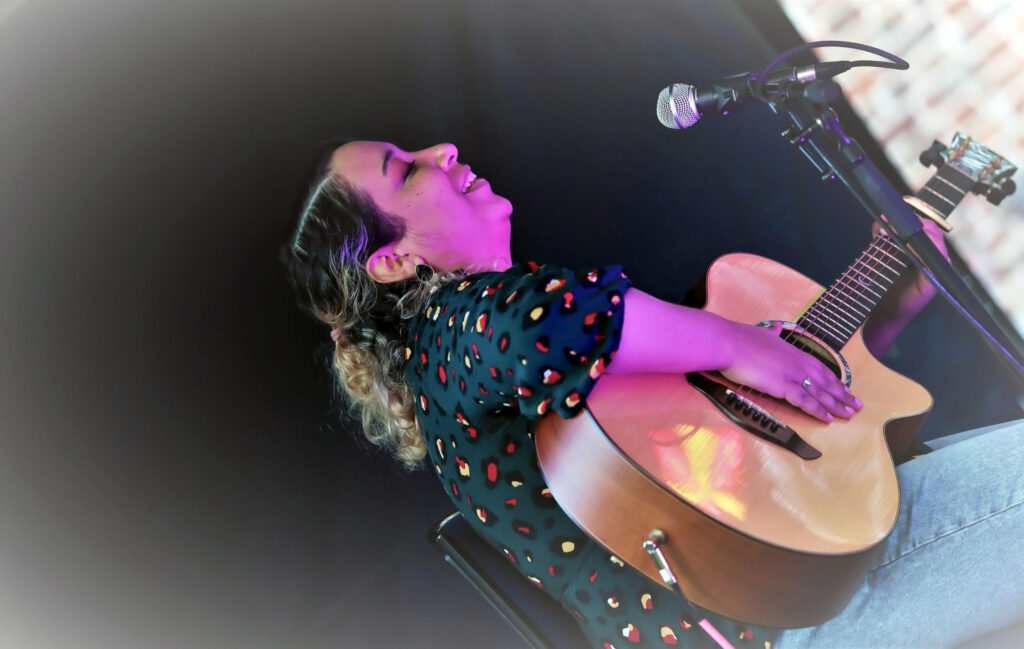 Another person blessed with unquestionable talent is Nadedja, the Brazilian-born musician who has been living here in the UK for the past four years. Like Chambers before her, Nadedja draws material from her forthcoming EP, again one that should see the light of day before the year is out. The sheer versatility of her voice enables Nadedja to steer her own ride across a range of influences from urban pop and mid-90’s R&B to Fleetwood Mac (she delivers an impressive cover of Stevie Nicks’ ‘Landslide’). She ends her set with ‘Unfold’, a song she tells us is all about making connections. On the basis of this impressive performance, I suspect she will have made a few more this evening.

The three remaining shows featured in this Songs Under Skies are:

More photos from this event can be found HERE