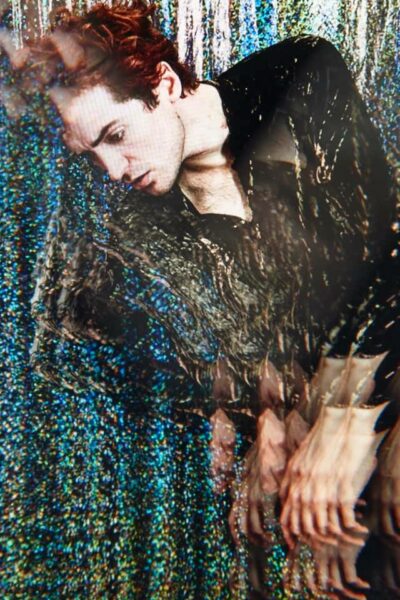 In this edition of Tracks of the Week, editor Bill Cummings and Julia Mason take us through their top choices of new music finds. As the industry is dealt another blow by the extension of the final COVID-19 social distancing guidance, now is as good a time as any to be supporting independent artists, labels and venues. So, if you enjoy what you hear on the site and it’s within your means, buy the music and grab yourself some gig tickets. Read on below for this week’s round up.

Why we love it: Ash Red impressed with their debut single ‘The Single Song’ and released their second track on 4 June via Blowtorch Records. This is a cover of Rory Gallagher’s ‘Philby’ from his 1979 album ‘Top Priority’.

This is a snappier, speedier, sharper version of the original, while at the same time still retaining that impressive electrifying guitar. The vocals are delivered with confidence and self-belief, and indeed the twist Ash Red have put on ‘Philby’ works beautifully.

One line of the lyrics particularly struck me: “I’m lost in transit in a lonesome city, I can’t come in from the cold.” The atmosphere and emotion of this line works on a number of levels:  the feeling of being lost in oneself, being lonely and the Cold War are all alluded to in this one line.

Ash Red comprise Conrad Twomey (drums), Arthur Murray (guitar, vocals) and Maciek Zwirkowski (bass), and with two strong singles now under their belt it will be fascinating to see what the trio deliver next. (Julia Mason)

Why we love it: South Korea’s Drinking Boys and Girls Choir are currently releasing a new single every Wednesday until their album ‘Marriage License’ is out on 21 July on Damnably Records. This week it was the turn of track ‘Attention’.  The band explain the background to this song:

“Park Geun-hye, a former South Korean president was impeached on March 10, 2017. At the time of her inauguration, there was a lot of oppression of artists and media who were not pro-government. Artists FUGAGI & Pallo painted a satirical picture of Park Geun-hye and Park Chung-hee, her father, who was himself also a former President of South Korea, and who’s time in office was also marked by oppression and violence. The artists were caught by the police after an undercover investigation. They were jailed and fined 3,000,000 Korean won each. In addition, many people across the media and arts lost their jobs because they were put on ‘black lists.'”

‘Attention’ is incendiary as well as emotional. It manages to achieve the sound of the military with a stomping, marching beat at the beginning. The lyrics open as if spoken orders. Then it’s into the chaos of punk and its rebellion against the ruling class where we hear individualism and spirit prevail.  How such a short track can say so much is an achievement in itself. “You can live in pretence, but suppressing the will and expression of the people always fail.” (Julia Mason)

Why we love it: Fake Turins released their new single ‘Down‘ last Friday. This restless new wavey ode to the dancefloor juxtaposes weighty subject matter with an insistent beat, choppy riffs and welcoming horns, that part for a David Byrne-style spoken word vocal. Lyrically the track reflects wrestling with depression and the invisibility of ongoing grapples with the mind. Tuneful and makes you think all at once! (Bill Cummings)

Why we love it: Knife Girl is the new project from 20-year-old Lili Aslo, who has previously under the moniker olli over the past five or so years. Playful witty, two-handed disco-pop, this is a groovy deconstruction of electro-pop and funk-pop is ripe with floor-filling, dappling synths. It somehow dissects the line between Right Said Fred and Cameo; it’s sure to put a grin on your face!

Knife Girl describes the song: “For the sound of this track I took inspiration from various disco-funk records from the 1980’s. Lyrically it’s a parody of the sexual and objectifying lyrics you would often find in those records.” Along with news of ‘give it 2 yu’ Knife Girl announces her debut EP release Metro which arrives via Soliti on 2nd July 2021. (Bill Cummings)

Why we love it: Bloomington singer/songwriter Kate Long is Rodeola. Her new album ‘Arlene’ is a remote collaborative project with producer Ben Lumsdaine. This song from that record is so wistful and reflective and has a superlative melody, homespun vocal and enveloping tone that clings to you like early Phoebe Bridgers or Caitlin Rose. It’s about growing pains and fading summer romances, fumbling in the dark and trying to find your way. This glimmering strum framed in sepia percussion is lovelorn and effortlessly bittersweet. Delightful in its simplicity. Utterly gorgeous. (Bill Cummings)