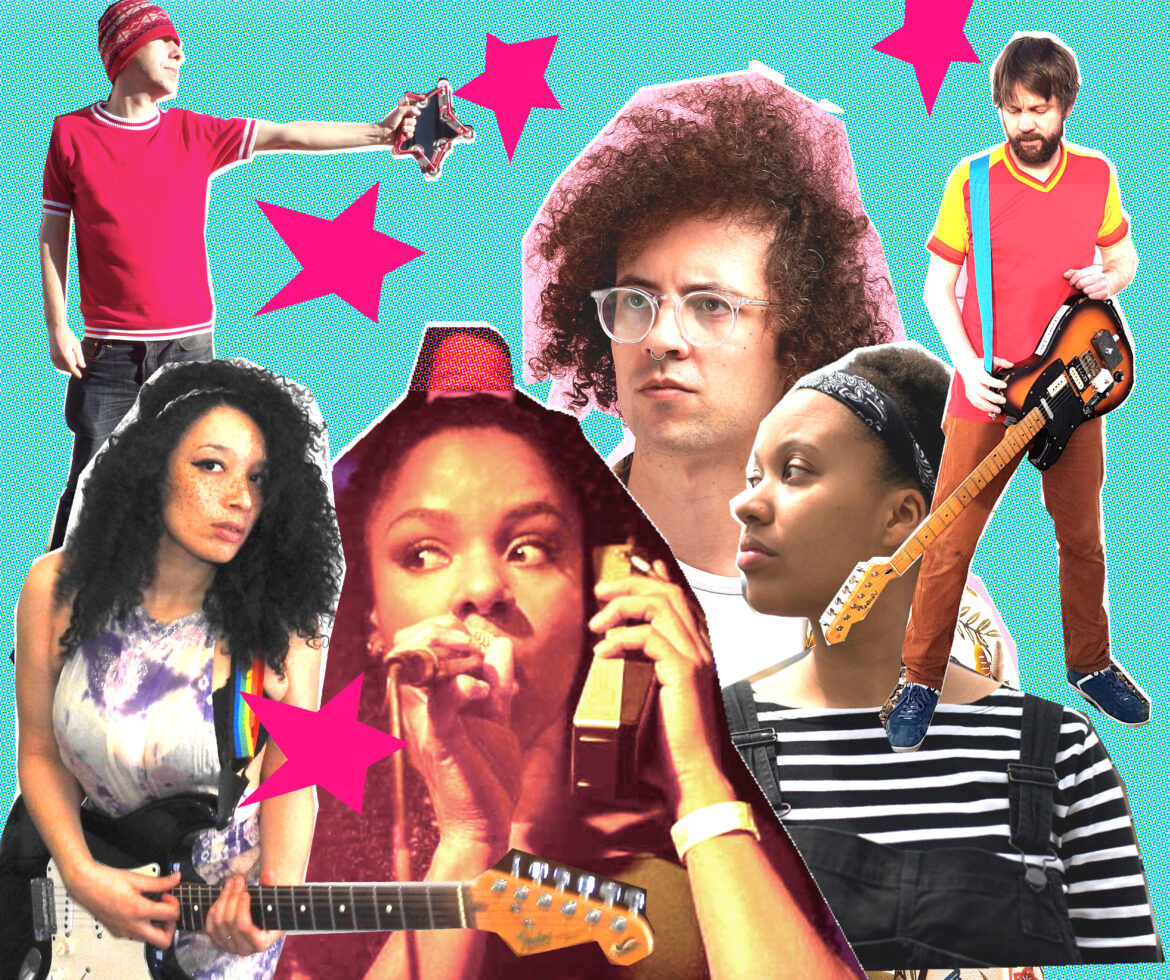 The Go! Team  have teamed up with a Detroit student choir for their new single ‘A Bee Without It’s Sting’ . With catchy 70s sunshine melodies, a clap along beat and flutes, it brings buckets of joy to the protest song with the help of children from a Detroit choir, watch the video below. Its lifted from their forthcoming new album Get Up Sequences Part One released 2nd July on Memphis Industries

‘A Bee Without Its Sting’ is the new single from The Go! Team – a groovy protest song of soda fountain soul and tambourine revolt. For the vocals Ian Parton enlisted the talents of Jessie Miller and Rian Woods of the Detroit academy for Arts and Sciences choir who also appear in the video. Additional vocals come from Ninja and Niadzi Muzira. Parton explains how the hook up happened:

“When I was working on the last Go Team record “Semicircle” I approached the choir leader of a Detroit school called the Detroit academy for Arts and Sciences – Miss Kee and asked if any of her students were interested in singing on a go team song.  So when it came to finding the singer for a new song called “a bee without its sting” I thought again of a Detroit teenager and again asked Miss Kee.   One of the singers was a teenager called Jessie Miller whose voice was perfect for the song. Not a pro singer and never been into a recording studio.  I’m always leaning towards voices that are imperfect, unaffected, bedroom-y but full of character.”

On new album ‘Get Up Sequences Part One’ the Team (Ian, Ninja, Nia, Simone, Sam and Adam) have created a musical world distinctly of their own making. A place where routine is outlawed and perfection is the enemy. Where Ennio Morricone meets the Monkees armed with flutes, glockenspiels, steel drums and a badass analogue attitude. We’re talking widescreen, four-track, channel hopping sounds that are instantly recognisable.