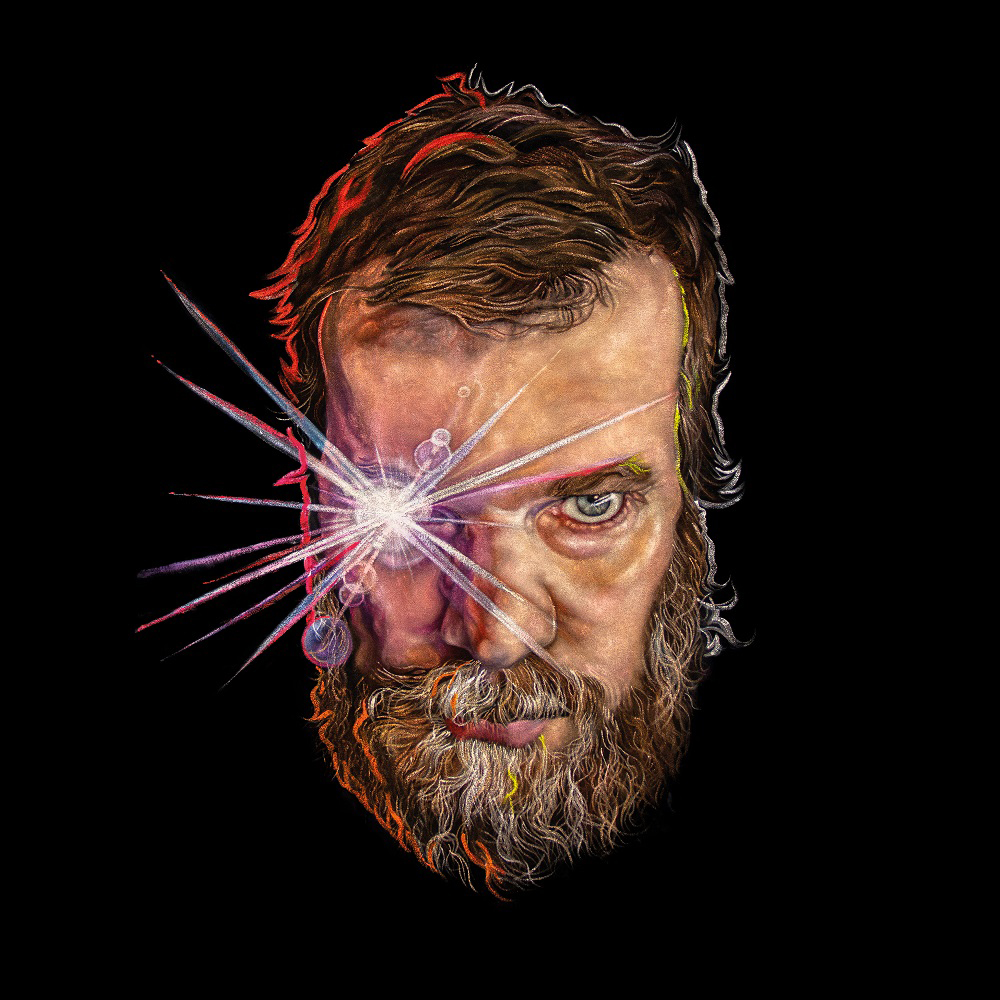 “Beware when you go out there. They’ll eat you alive if you don’t take care. They have different rules they’re using. The American Dream can cause scarring some nasty bruising.” John Grant is an uninhibited songwriter that’s never afraid to hold back his thoughts. On his new Welsh collaborated album Boy From Michigan – Cate Le Bon produces, Stephen Black of Sweet Baboo plays the clarinet, a very effective instrument on this LP – the now Iceland-dwelling American analyses the process of trying to fit in with his birth country’s society – especially as a gay man – from a young boy to an adolescent to a full grown adult.  With lengthy tracks, mesmerizing intros, his most creative use of retro-tinged synthesizers yet and an imaginative autobiographical insight, it’s an album that’s consistently fun and engaging both lyrically and musically.

The first three tracks – the title track ‘Boy From Michigan’, ‘County Fair’, ‘The Rusty Bull’ – go back to John Grant’s childhood. Grant himself has dubbed them “the Michigan Trilogy”. The jangly and mellow ‘County Fair’ expresses the way a child sees the world with awe and wonder: “We’ll ride thе Matterhorn and the double Ferris-Wheel. We love to listen to the screams and the squeals. And it’s hard to believe that the things we are seeing are real”, a perspective that dissipates as an adult. It’s highly evocative as he recalls a particular moment that stuck in his mind as a child when he saw a similar age girl – whom he names Cindy – smiling at him from a car and from that he imagines them having riding Ferris-Wheels and eating cotton candy together.

Musically the other two tracks in the Michigan Trilogy are more fascinating as both sound like eerie science-fiction soundtracks, with aura remaining throughout with flanging phaser effects and spaceship warp sounds swirling behind John Grant’s voice. The music gives an appropriate atmosphere to express the fear and nerves that the childhood Grant is feeling. On ‘The Rusty Bull’ it represents his overactive imagination when being haunted by an animal sign that he believes has ominous intentions. “His eyes fill my heart with dread. And he visits me while I lie in my bed. He says ‘Your daddy can’t undo what’s done'”. This sense of horror is even more intense on ‘Dandy Star’, piano and synths straight out of a John Carpenter rulebook are performed behind a narrative of young boy Grant watching the 1971 Mia Farrow film See No Evil on his family’s TV, a memory that has stuck with him deep into adulthood.

The first track on the Michigan Trilogy, the title track ‘Boy From Michigan’ takes a place during the moment in young Grant’s life when he was moving from Michigan to Denver and his friend Scotty gives him advice about how to deal with moving to a metropolis. Scotty’s advice is: “You’re just a simple boy from Michigan. And they’ll be doing everything they can to win. So please, please don’t ever let your guard down. And maybe someday you can come back here again”.

Grant speaks rather than sings these particular sentences, a technique that he does to great effect on a few tracks on this album to differentiate one style of narrative from another. On ‘Mike and Julie’ – a contender for the best song written by John Grant – we are taken back to the songwriter’s late teens and his first gay experience (‘The Cruise Room’ is another track with this theme) and how he tried desperately to deny and suppress his sexuality. He adopts the talking voice twice. Firstly when speaking to Mike about his regret for not embracing the sexual chemistry they had together and secondly when conversing with Julie, a mutual friend who he used as a block to hide himself from showing his ashamed feelings. Listening to it makes one imagine a theatrical production – black background, white floor – with John Grant providing dramatic monologues. The album’s final track ‘Billy’ also picks upon the feeling of disappointment shame and how men try really hard to live up to a stereotyped personality or what Grant calls “Membеrs of the cult of masculinity”.

On the humorous ‘Best In Me’ – which can be described as Kraftwerk making the theme music to an 80s martial arts film while taking on the curiosity of David Attenborough – Grant lists insects Vogue-ish style with funny misleading names from Northern apple sphinx to Lettuce shark to Poplar kitten, all being moths. Although it appears random within the album’s otherwise mostly focused concept, this touches upon Grant’s ever-inquisitive and attention-deficit mind and love of language – something that’s existed back to the time when he translated Ásgeir’s album from Icelandic to English. This is also articulated on ‘Rhetorical Figure’,  which features German, onomatopoeia and various literature terms, while the music itself is reminiscent of Van Halen’s ‘Jump’ and Talking Heads’ ‘Burning Down The House’ if sung by Falco.

As is the case with John Grant albums, there are moments on Boy From Michigan which are meant to be Marmite for listeners and wouldn’t be appreciated by more sensitive ears. Performed with powerful passion and a scathing yet satirical take on American politics, in particular Donald Trump, the last part of ‘The Only Baby’ hears John Grant yelling at the top of his lungs. ‘Your Portfolio sounds like it’s performed by sexualized robots by the use of different styles of vocoder, and has crude lyrics that eroticizes the economy. The cold disingenuous sound akin to Fatima Al Qadiri is made even more chilling by the Russian pre-chorus that translates as: “Never apologize for that, what have you become. All we have earned with sweat and blood.” In a way that one of the messages behind John Grant’s Boy From Michigan, an album where he promotes the feeling of bring proud of who you are, even if you don’t always fit into set systems, such as the hyper-macho American Dream package.

Boy From Michigan is out now on Bella Union.