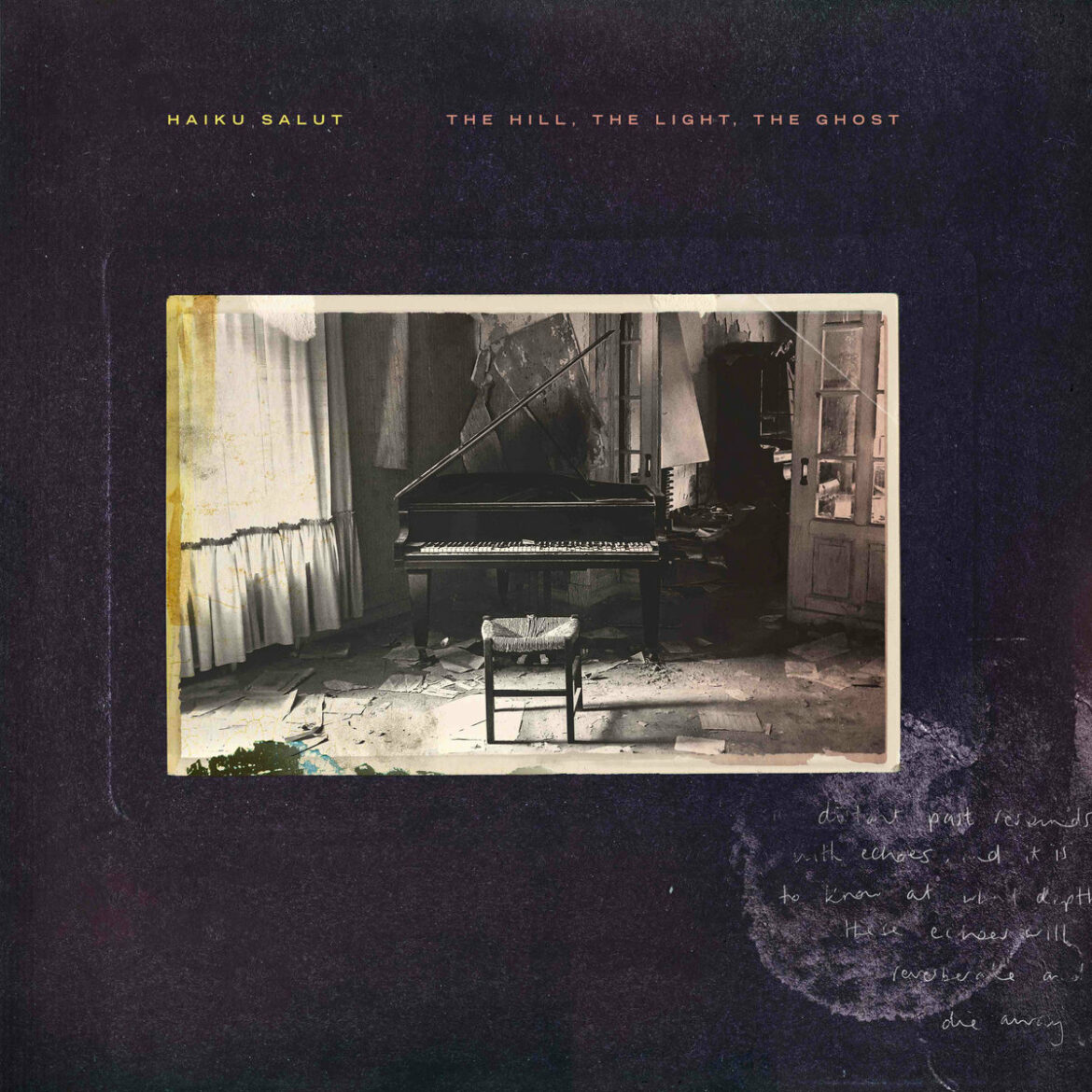 It marks the completion of a trio of albums that have elevated Sophie Barkerwood, Gemma Barkerwood and Louise Croft to the top tier of electronic creators, starting with 2018’s stunning There Is No Elsewhere, a pastoral wonder that refined the folk elements of early work, while bringing glitchy electronics and new post-rock atmospherics to the fore and moved on to 2019’s new score to the Buster Keaton comedy classic The General.

This soundtrack was a watershed moment. With just a few months to compose, create, practice and record 80 minutes of new music, they had to strip back their usual complex web of inter-changeable instruments (classic and electronic) and focus on electronics and guitar. With time constraints this was also the first release recorded, produced and mastered in their own studio and another first in putting music to the imagination of others.

Given the quality of The General, it suggested that this new era of complete creative autonomy promised even greater things to come. While “best” is not entirely true of The Hill, The Light, The Ghost it is another slightly new direction in a run of albums that sees an ever-evolving band at the height of their powers.

Unsurprisingly, given the intensity of the creative, and performance, process of The General starting on was a challenge, a shut door that needed unlocking. The key came in found sounds recorded by Sophie Barkerwood after receiving a Tascam Field Recorder as a birthday present.

This gift was put to use capturing memories in the form of fragments of audio. Eventually, these became the building blocks of this new album, resonating with the expired lives that had once occupied the spaces when the sounds were captured.

Take ‘Entering’, inspired by a visit to an abandoned house in Germany in 2019, taken with the intention of sampling an out-of-tune grand piano that was left there. That sample and other sounds captured around the place laid the foundation for this haunting track. It beautifully, and somewhat mournfully, evokes the memories of the huge house. The band found the former resident’s belongings strewn about (kitchen utensils, clothes, handwritten notes) and in the basement an abandoned urology clinic with an operating table complete with stirrups and operating implements still in place. ‘Entering’, much like the whole album, is an exercise in the entropy of human life.

‘Trespass’, written in a chapel in Edale, Derbyshire is possibly the most conceptually fitting track. Borne from a ‘cultural trespass’ commissioned by Jarvis Cocker to celebrate 1932’s Mass Trespass, where the working class took a stand to give us all access to the landscape, it bubbles with a quiet rebellion and a kinetic, exploratory rhythmic pulse. In many respects, The Hill, The Light, The Ghost, is Haiku’s own cultural trespass, stealing sounds in places they shouldn’t be, for a greater purpose.

But The Hill, The Light, The Ghost isn’t all concepts, it delivers hugely on what makes Haiku Salut a music force, with or without the intellectualism. This is simultaneously an act of refinement and expansion, cherry-picking elements of the past – flourishes of the Yann Tierson inspired folkiness of early releases, the glitches and chimes from There Is No Elsewhere and a deeper delve into the melancholia of The General – but with additional post-rock fuzz as Gemma Barkerwood masters the blending of subtle guitar noise into the mix, to add to the Sigur Ros level sonic world-building of the piece.

Fans of the old Haiku needing a stepping-stone into this latest album could start with ‘All Watched Over By Machines Of Loving Grace’, an older track first composed, and performed, with the Manchester Robot Orchestra in the wake of There Is No Elsewhere. It could well be an offcut from that release, but for the clean tremolo guitar that drives it, a new facet to the band’s sound at the time. It acted as a precursor to what was to come and it fits perfectly into this current collection while being a potential high-point for anyone still yearning for the Haiku of old.

Album closer, ‘All Clear’ is a musical sigh of relief, or contentment, crafted on reverb-heavy guitar and the subtlest of bubbling samples and chimes. It leaves the listener in a contemplative state, immersed in nostalgia, optimism, places visited and yet to discover. On its haunting final notes, it reverberates around the psyche, allowing the moods and motifs of the nine tracks to continue to take hold.

The Hill, The Light, The Ghost is Haiku Salut’s most complete statement to date, finding a special place in between the cracks of ambient, neo-classical, electronica, folk and post rock that consistently forges its own identity from the familiar. It is a sonic hallucination that taps into the life-force of everything that is, was, and could be, and you don’t get more magical than that!