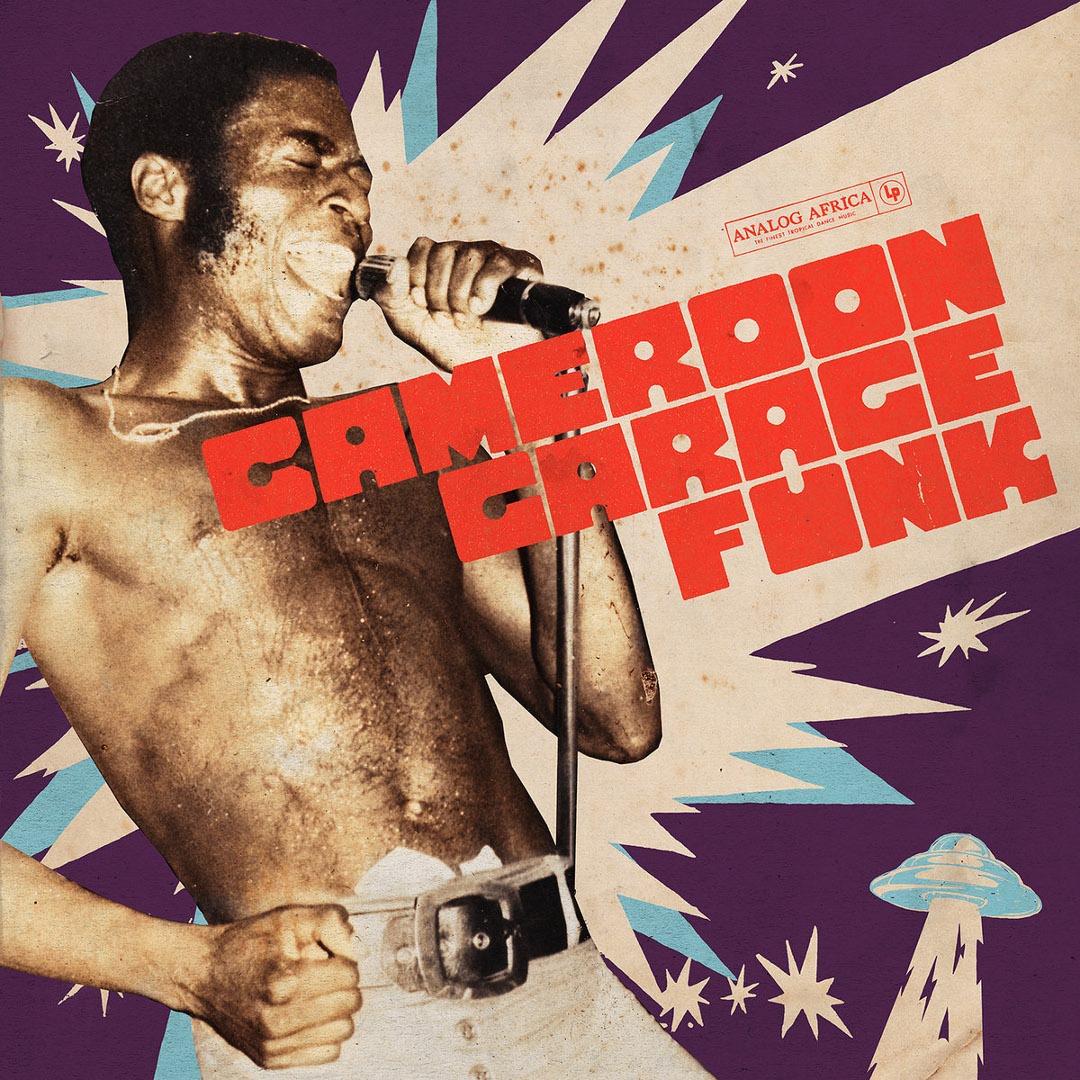 One of the warmest records you’ll hear this year, Analog Africa’s transcendent compilation is a right old Bobby-dazzler of an album.

There’s a real carnival feel throughout, the buoyant mood best harnessed by Los Cameroes‘ infectious ‘Ma Wde Wa‘ and the closing track, Mbella Bony‘s joyous ‘Meyik Me Mema‘, which calls to mind Jean Knight‘s essential 1971 US Billboard smash ‘Mr. Big Stuff‘ but is infused with a soulful strut that is all the artist’s own.

This fourteen strong set is an awful lot of fun, comprising entirely of recordings made by Cameroon artists in the 1970s. As the PR blurb here states, most – if not all – of these artists were skint at the time (who knows, perhaps they still are!) so other means of recording needed to be found, and “luckily an alternative option emerged in the form of an adventist church with some good recording equipment. Many of the artists on this compilation recorded their first few songs, secretly, in these premises thanks to Monsieur Awono, the church engineer. He knew the schedule of the priests and, in exchange for some cash, he would arrange recording sessions. The artists still had to bring in their own equipment, and since there was only one microphone, the amps and instruments had to be positioned perfectly.”

Awono did an incredible job, as we are now able to aurally witness. Some of the acts here have their influences shining like neon lights above their heads, like the second Los Cameroes number, ‘Esele Mulema Moam‘ which is a somewhat blatant nod to James Brown, with Godfather like yelps aplenty, whereas Charles Lembe et Son Orchestra‘s ‘Quiero Wapatcho‘ owes more to the classical Flamenco style guitarists of the sixties. If Quentin Tarantino doesn’t leap onto this one to soundtrack a future movie, I can’t help feeling that he’ll have missed a trick.

One of my personal favourites though, is the intense, relentless ‘Ma Fou Fou‘ by Pierre Didy Tchakounte, which in an ideal world would be an international smash that made Tchakounte a household name. There are so many gems here though, that it would improve your day considerably just by randomly playing any one track from it.

Special mention, however, should go to Damas Swing Orchestra for the superb ‘Odylife‘ which surely must have provided the seed from which classic reggae bands like Culture and Misty In Roots grew, which is a legacy to be mightily proud of.

A fabulous compilation. Plaudits to everybody involved.

Cameroon Garage Funk is out now on Analog Africa.