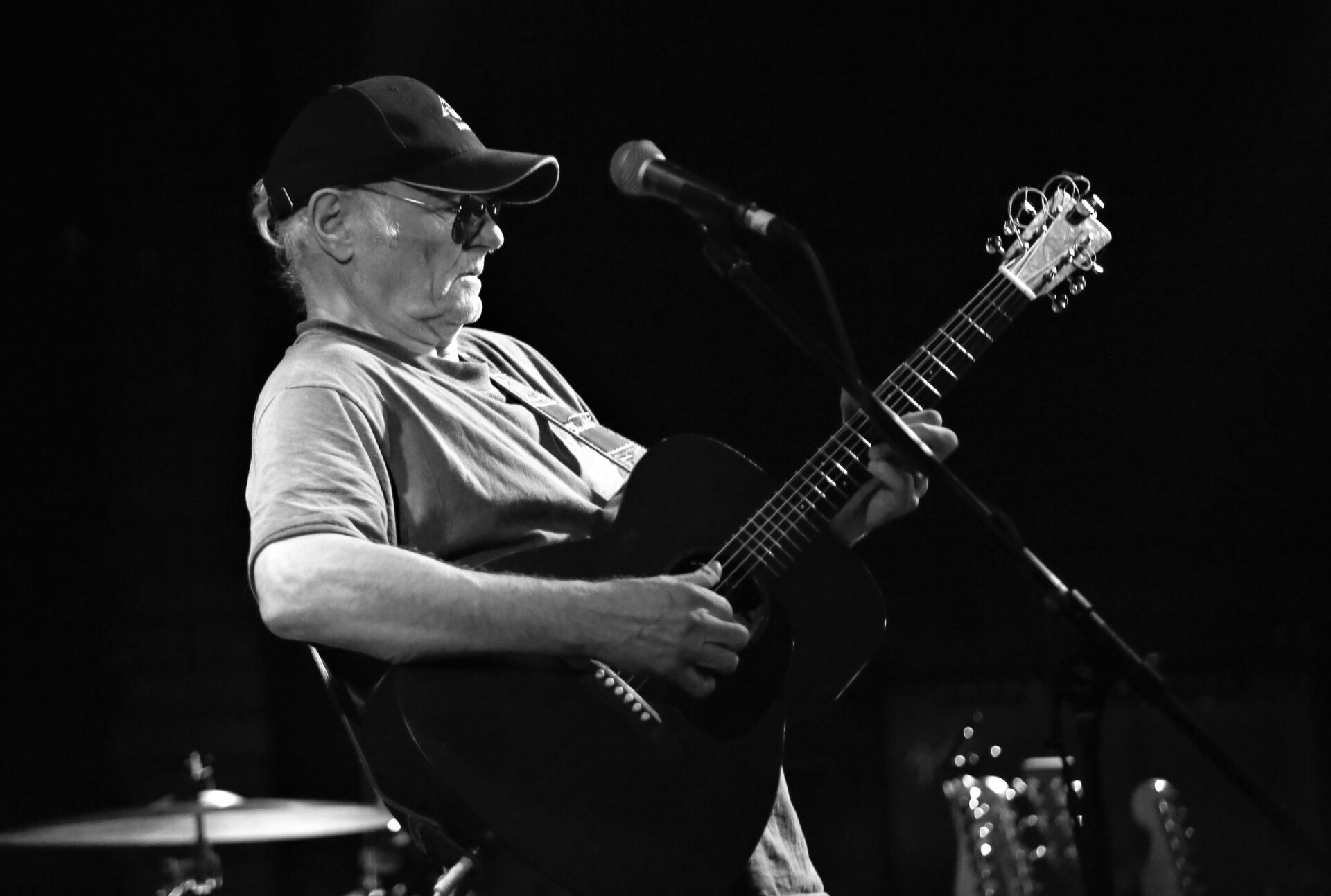 Taken from his 1969 debut album Rainmaker, the opening lines to Michael Chapman’s ‘You Say’ take on an even greater poignancy this evening as we learn of the passing at the age of 80 of the truly great English singer-songwriter and cult guitarist.

Quite why it took me so long to do so is still something of a mystery to me, but I wasn’t to see Michael Chapman until 2016. The gig was at the Brudenell Social Club in Chapman’s home town of Leeds and just a few miles down the road from where he had been born in Hunslet. By that time he was one year shy of having spent half a century as a performing musician. That figure also reflected a fairly accurate approximation of just how many records that had then populated his most wonderful and extensive back catalogue. The following year he released an album entitled 50 to commemorate this double landmark.

Michael Chapman first appeared on the Cornish folk scene of the mid-60s, something that brought him to the attention of EMI and their then new subsidiary record label Harvest which had been launched to capture the emergence of progressive music. In many respects Chapman’s vision, innovation and freedom of expression had more in keeping with those of his Harvest stable mates such as Deep Purple, Edgar Broughton Band, The Move, ELO and Pink Floyd than they ever did with folk musicians of the time such as Bert Jansch, Roy Harper, and John Martyn with whom he was often bracketed.

And it was this singular, determined approach to both his life and his music that seems to have characterised much of Michael Chapman’s subsequent career. He was a man, after all, who had connected Mick Ronson and David Bowie – Ronson having played on Chapman’s second album Fully Qualified Survivor – and almost joined Elton John’s touring band, but decided instead to go his own way.

The complexity, dexterity and sheer adventure of Michael Chapman’s playing never left him. His records from the ‘70s still sound years ahead of their time. The elements of blues, jazz, country and even rock music that he embraced back then were still evolving five decades later. Just listen to his 2019 album True North if any such evidence is required. His voice may well have been weathered over the years but the intricacy and sheer chemistry of his music remained firmly intact right until to the very end.

Photo of Michael Chapman at the High & Lonesome Festival in Leeds in November 2016, taken by Simon Godley.