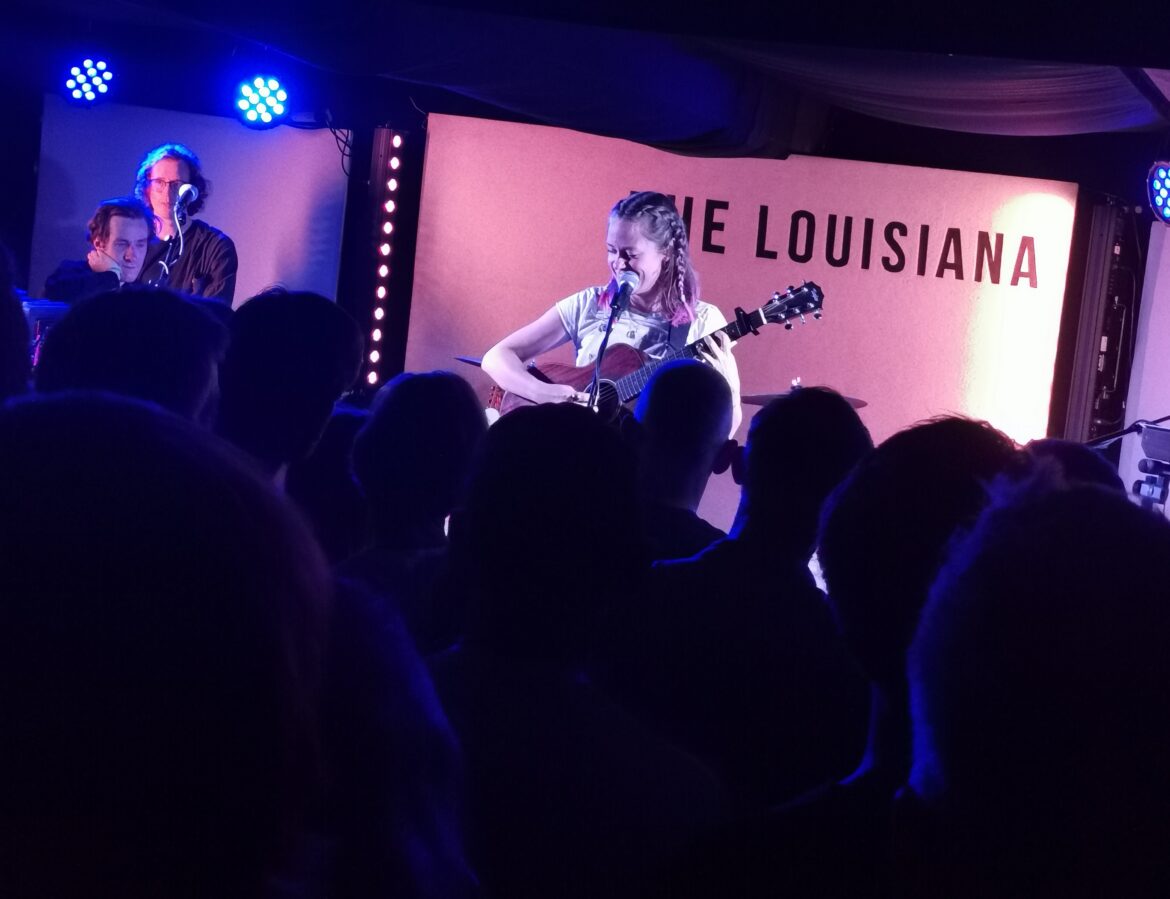 There’s a boat moored across the waters from The Louisiana called Thekla. It is another gig venue in Bristol. This is where i think the gig is tonight. If it wasn’t for Anna responding to a tweet of mine to say she isn’t playing on a boat then i would have rocked up at completely the wrong venue. As it happens i actually park right next to the Thelka. Someone else is playing there tonight, not Anna B Savage.

Her tour in support of her frankly staggering debut LP A Common Turn was naturally delayed a bit and this opening night comes nearly 10 months after its release.

A sold out, packed out sweatbox upstairs eagerly anticipates her arrival and she launches straight into album opener ‘A Steady Warmth‘ as a warmer upper, but she then wastes no time crashing into two singles, ‘Chelsea Hotel No.3’ and ‘Dead Pursuits’. 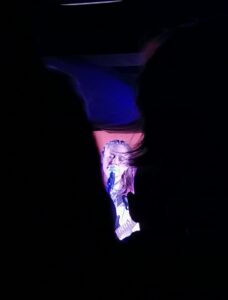 This is more than likely most people in this room’s first Anna B Savage gig as she has rarely headlined and this is her first ever gig with a band behind her, which includes her producer and multi talented and instrumentalist William Doyle. Therefore everyone is stunned into beautiful silence and jaws are scrapping the floor.

The enthusiasm and love in the room seems to come as a genuine surprise to Anna who states several times that she will start crying if the whooping and hollering keeps going after just incredible renditions of ‘Corncrakes‘ and ‘A Common Tern‘. The a Capella section in the middle of the former is even more stunning in real life and the drop into the chorus on the latter is even more cataclysmic tonight with guitars and bass roaring so ferociously that it could burst eardrums.

These sandwich two tracks from the EP that recently came out, These Dreams which included possibly her most joyful sounding song ‘Since We Broke Up‘ and the, to be honest, quite terrifying title track ‘These Dreams’ whose instrumentation is intense pounding of one note, heavily distorted and abrasive. 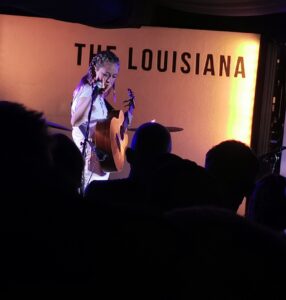 She switches from several electric to an acoustic guitar and does ‘Baby Grand’, showcasing that just her on a stage is as powerful and enthralling as a full band and she has the presence to fill the space.

The whole of the LP is performed here in a different order but the evening is still concluded with final album track ‘One‘, a rerecording of the debut EP song, a harrowing description of a former boyfriend’s put downs and general hideousness, culminating in a defiant stand “I want to be strong/and i would like to be fine”.

Early doors she says that she is “bricking it” but it doesn’t show and she is clearly gaining confidence as the set progresses. For a first night of the tour, first night with a band, first proper gig for eons, she is exemplary.

The voice that would stop traffic, hushes everyone to silent reverence, and awe-struck transfixed gaze.

This voice is rare, and it must be allowed to be heard by all and sundry.