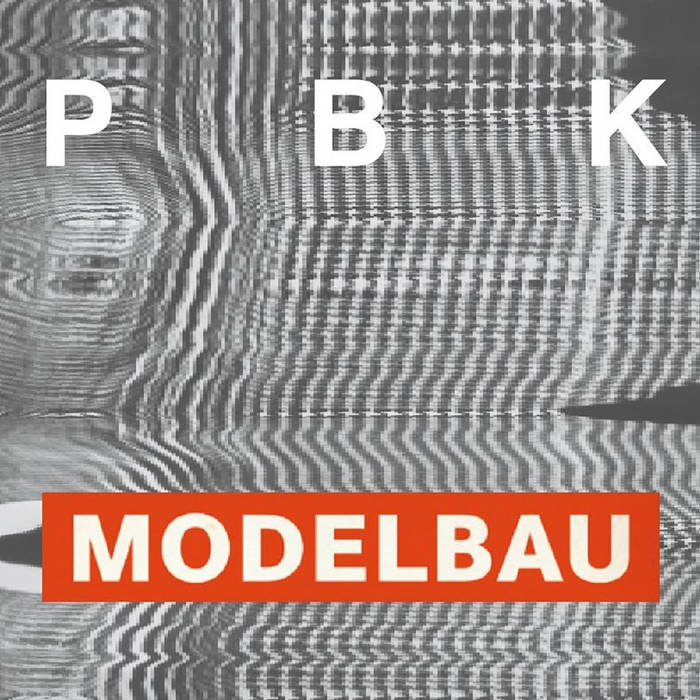 On paper The Dead Time is a match made in heaven. Both PBK (Phillip B. Klingler) and Modelbau (Frans de Waard) have been active on the experimental/underground music scene since the mid-1980s releasing countless albums, singles, EPs and tracks.

There are moments during The Dead Time that are sublime. The start of ‘Potentially’ works so well. Light fugs of static, unrelenting glitches and a general feeling of unease really sets the mood of the album. It gets under your skin like a taser, jolting you out of your comfort zone. Then, sadly, there are times when it doesn’t work and it just a seething mass of static. The second track, ‘Fatal’, doesn’t live up to the promise of the opening. There is nothing bad, per se, about ‘Fatal’ but it doesn’t have that spark that made ‘Potentially’ a visceral joy. Yes, there are moments that excite. The Geiger counter sounding section around the halfway mark is intriguing. As is the outro, but overall, it just doesn’t grab you like the opener. Which is a shame as PBK and Modelbau are almost onto something great. The standout track on the album is ‘Bullet’. It starts off with an almost serene melody, that is submerged under that Geiger counter sounding motif and swathes of synths. There is a lot going on, but none of it really focuses your attention, so instead you spend your time trying to hone in on a particular sound. Until another sound grabs your attention, and you follow that. A third in a deep throb of static emerges. It is reminiscent of slowly de-tuning a radio. The more you move the dial, the weaker the original signal is, but then more from other stations start to emerge.

Overall, this is an enjoyable album that is very close to being solid all the way through, but doesn’t quite hit that mark all the time. Which is gutting. The potential was there for these pioneering artists to create something for the ages. Instead, we have an album that when it hits, it really hits and when it doesn’t, you feel it. Overall The Dead Time reminds you how powerful, fun, exciting and glorious experimental music can be. It lives between two schools of thought in music. One that is full of rhythms and the other where feeling and emotion are king and don’t get bogged down with all that melodic stuff. If this is your first experience with experimental music, this is a very strong choice