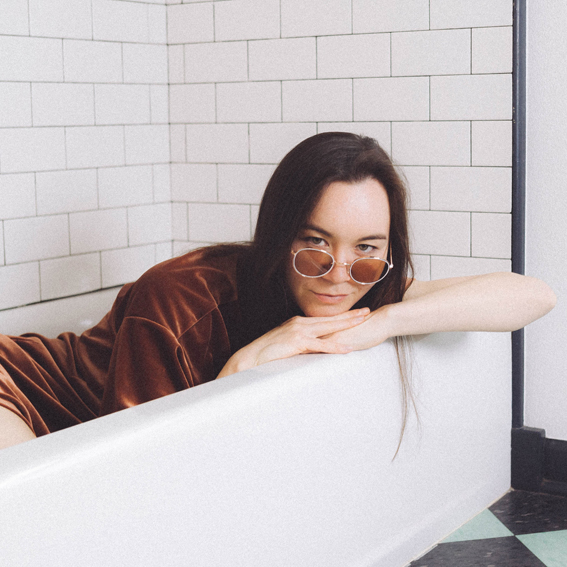 To celebrate what is the 160th edition of God Is In The TV’s regular Tracks of the Week feature, we have again put together a list of some the best new songs around. This week’s top tunes have been chosen for us by Julia Mason and Simon Godley.

MAITA – Honey, Have I Lost It All?

Why we love it: MAITA is the musical vehicle of the Japanese-American songwriter Maria Maita-Keppeler. And on the evidence of ‘Honey, Have I Lost It All?” she drives it pretty darn fast. The lead single from her forthcoming album I Just Want To Be Wild For You (due out on 18th February next year on Kill Rock Stars) fairly rattles along and just as MAITA does in the accompanying video, it can be quite a struggle to keep up with it. It’s breathless stuff but keep up we all do and it is an effort that is duly rewarded. ‘Honey, Have I Lost It All?’ is a brilliant blast of power pop, a song that is not only built on the those firm foundations of harmony and melody but also bristles with supreme energy. (Simon Godley)

Why we love it: Talking about ‘The Waiting Room’ Simon Bromide explains that “the song is about the things that didn’t happen for one reason or another.” But just one listen to the song will tell you that things are clearly happening for Bromide, who is perhaps best known as the frontman of cult favourites, the South London power pop outfit Bromide. ‘The Waiting Room’ is the lead single to be taken from his forthcoming solo album Following The Moon – out on the 18th of November via Scratchy Records – and it is absolutely divine. The song may hold feelings of longing and regret, but characterised by Bromide’s customary ear for a delightful melody it just floats along on a sea of sweetness and light. (Simon Godley)

Why we love it: Kills Birds follow up previous single ‘Rabbit’ with ‘Cough Up Cherries’.  This new track retains that fiercely impassioned sound which here is borne out of the chaos and confusion of the pandemic.  ‘Cough Up Cherries’ has an edge which makes it stand out from its contemporaries.  The LA-based Kills Birds have created a melodically manic track full of guitar reverb, pounding percussion and incendiary vocals.

Vocalist Nina Ljeti expands on the inspiration for the track, “There are a lot of themes to “Cough Up Cherries,” as it was written during the height of the pandemic in 2020. The song touches on feelings of loneliness, paranoia, and hopelessness that we all experienced. In addition, “Cough Up Cherries” also addresses the identity crisis we all face in the digital age. What our performative personas are vs. who we really are when we’re left alone, and if in the midst of great injustice, we are actually able to hold our own selves accountable.”

‘Cough Up Cherries’ is from Kills Birds second album Married which is due for release on 12th November 2021 via Royal Mountain Records and KRO Records.  It was recorded at Dave Grohl‘s Studio 606 at the invitation of the great man himself.  They will also be touring with the Foo Fighters in 2022.

If any further endorsement is needed, have a listen to ‘Cough Up Cherries’, you will not be disappointed. (Julia Mason)

Why we love it: Jaws The Shark have released their new single ‘Cold Feet’ via Nice Swan records.  It opens straight into a raucous heavier sound than previous singles.  With gripping guitars and pounding drums the vocals have a real gung-ho vibe to them.  This is music for the moshpit, no question. At under three minutes it has a punk rock energy which revs up the heart rate. Lyrically it is a subject many can relate to, as Jaws The Shark explains:

“’Cold Feet’ is about the inner paranoia that we all face from time to time after a little too much fun on the sauce the night before!”

That sinking feeling as we remember, or perhaps can’t remember, the events of the previous night is perfectly translated into ‘Cold Feet’. And so it seems perfectly fitting that this track should exude this feeling of angst.  It’s punchy and infectious, and with the debut EP due for release early in 2022 I can’t wait to hear more from Jaws The Shark. (Julia Mason)

Why we love it: To be clear, Thumper don’t do quiet.  The 6-piece band comprising four guitarists and two drummers produce an exhilarating punk rock sound which shakes the very foundations.  The Dublin band have released new single ‘The Loser’, a three and a half minute rollercoaster of a track.  This needs to be played loud, and it gallops along at one heck of a pace.  ‘The Loser’ has a guitar hook which immediately grabs you and does not let go.  There is a pause for breath mid-track, but then it ramps back up to 100mph to the end.

Lead singer Oisin Leahy Furlong snarls: “I am a loser baby, lose yourself with me. I am a waster baby, waste away with me.”

Thumper have had previous singles produced by Girl Band’s Dan Fox who has worked with a number of the new crop of Irish bands.  With some of the band members graduating from BIMM Dublin, they join fellow graduates The Murder Capital and Fontaines D.C. in making waves on both sides of the Irish Sea.  With a current tour in the UK and a new album ready for release early 2022, Thumper are making themselves heard and you will have no choice but to pay attention. (Julia Mason)

Why we love it: Dublin punksters Sprints have released single ‘Modern Job’ on Nice Swan records.  This is the title track of the EP to be released March 2022.  ‘Modern Job’ had its first outing on the Steve Lamacq Radio 6Music show.  He also went on to highlight their UK tour which starts with a sold out show in London on 21 October.  All thoroughly deserved for a band who remained productive in lockdown with both new music and online streaming of performances.

‘Modern Job’ has lead singer/guitarist Karla Chubb raging ferociously against the pressures of society’s expectations.  The lyrics are personal but relatable.  They observe a state of not fitting in, of being conflicted with the dichotomy of wanting to be ‘normal’ but at the same time having a desire to be yourself.

Ironically this track is full of confidence.  It is snarling with the frustrations of life spilling over into a bombastic delivery. Karla says of the song: “Modern Job is a critique of modern existence but also an exploration of growing up queer. In your formative years, you are bombarded with media, books, news that depict what a “normal” life should be. Grow up, fall in love, get married… long live the nuclear family.”

The 4-piece continue to go from strength to strength.  With plans already afoot for 2022 I have no doubt its onwards and upwards for Sprints….. (Julia Mason)