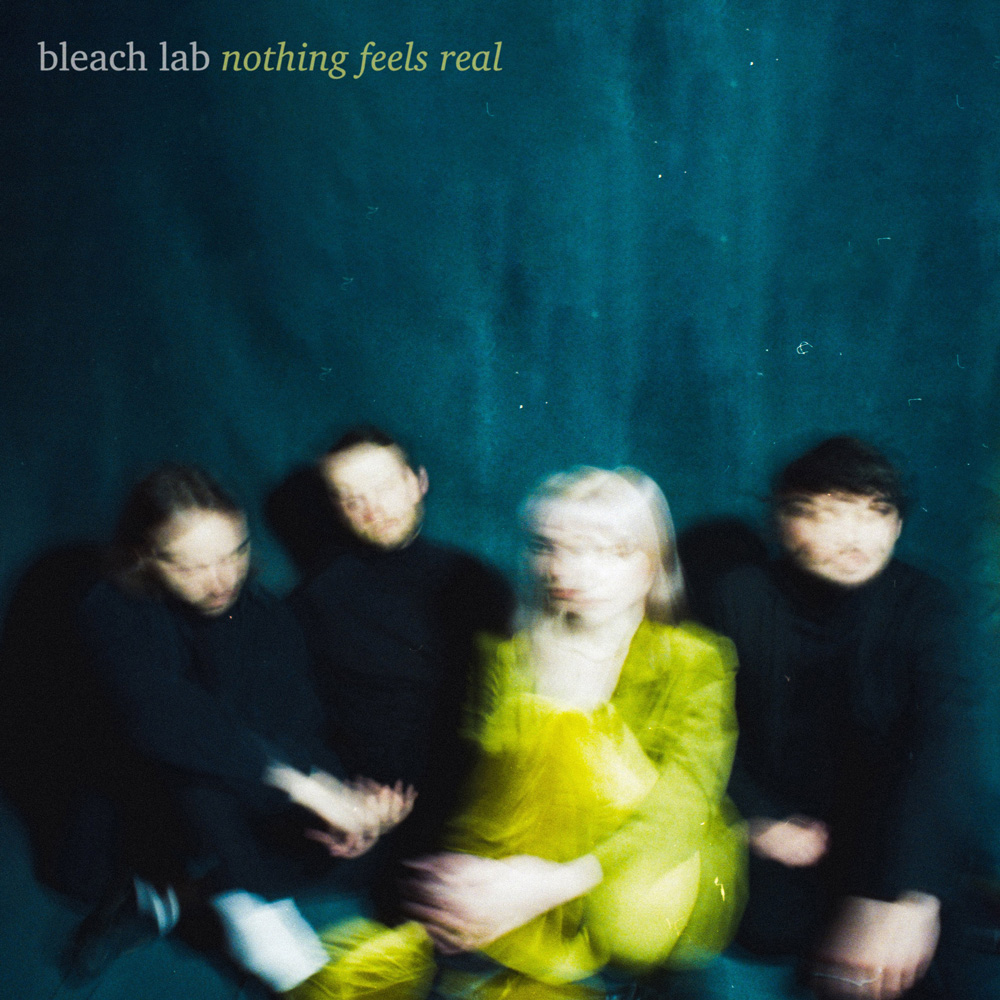 One upside of being locked away for months on end seems to be that it gave quite a few bands an opportunity to write, experiment and hone, before hitting the studio.

Bleach Lab only released their debut EP at the beginning of the year, but already here they are with EP two, Nothing Feels Real, that they are releasing as a multi pack vinyl with first record A Calm Sense of Surrounding.

The debut is comfortably one of the best things released this year so the bar is high.

By getting Stephen Street, of The Smiths and Blur production fame, in to man the helm has certainly added a polish that you can see their future in. First single ‘Real Thing’ was on BBC 6Music’s B List and they’ve been garnering praise from NME and their ilk.

If opening track and single ‘Real Thing’ lacks the musical gravitas of early singles such as ‘Old Ways’ and ‘Never Be’ then it makes up for in feeling and emotional heft. Written by Jenna Kyle, she describes it as about finding a more meaningful and permanent connection and finally finding a healthy relationship, dipping her toe back in. “Your body is the ocean, I could fill it up with words I have spoken”

The debut EP dealt with loss and grief after the death of bassist Josh Longman’s father and he explores the aftermath further on ‘Violet Light’.

If the first record was late night over thinking and grief induced insomnia, then this EP, especially the likes of ‘Violet Light’ is the morning after. Maybe the blurry edges of a hangover linger but a general feeling of forward propulsion, of hope remains. The jangle pop guitar is quite reminiscent of a certain Mr Marr and is the strongest track on here with a wave of irresistible guitar lines and melody that would make Johnny jealous.

There is an overwhelming expression of simplicity and space. Bleach Lab have always been ones for ensuring everything is in its right place and necessary, but the sonic palette has been stripped back somewhat and they’ve gone for the atmospherics, which they have navigated successfully on the whole.

Naturally, Jenna’s beautiful and laconic voice is draped over everything like a warm blanket that keeps everything feeling snug and secure.

‘Then I Know’ concludes the record and sees them introduce interesting time signatures and discordant percussion, which gives off more of a trip hop feel at times.

Nothing Feels Real does feel like a stepping stone. Expert production on more radio friendly songs is propelling them towards the stratosphere and if they can add the grandeur and epic shoe gaze elements from the first EP, they will be worthy infiltrators of the mainstream.