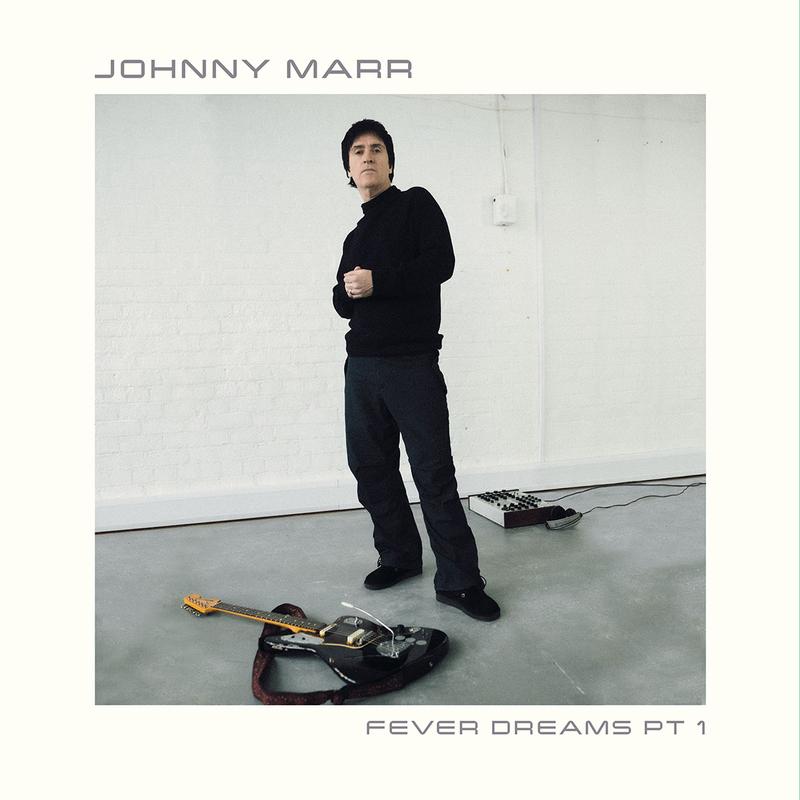 Back in September, Johnny Marr made his welcome return with his anthemic new single, ‘Spirit, Power and Soul’ – his first new offering since stand alone singles ‘Armatopia’ and ‘The Bright Parade’ back in 2019. The single was accompanied by the announcement of a double album titled Fever Dreams Pts 1-4 that’s due for release in February 2022. Luckily for us, the indie legend is drip feeding us the album in the form of four EP’s!

The first EP – Fever Dreams Pt.1 – was released into the wild last Friday and features the first four tracks of the album. Opening track, ‘Spirit, Power and Soul’ continues the upbeat and euphoric vibe that Marr introduced us to with ‘Armatopia’ – oozing with the energy that Marr possesses onstage, the track’s particularly reminiscent of his time with Electronic. Next up is ‘Receiver’ – with an explosive intro and pulsating beat, ‘Receiver’ has an almost menacing quality to it, alongside a huge chorus that highlights both the strength and capacity of Marr’s vocals.

If you’re familiar with Marr’s career, you’ll know that he’s far from a one trick pony and he demonstrates this with the downtempo ‘All These Days’. Possessing a totally different vibe to the first half of the EP, the tracks ethereal vocals alone showcase how he’s gone from strength to strength since the launch of his solo career in 2012. Last but certainly not least is the melodic ‘Ariel’ – despite being synth driven, ‘Ariel’ has a real element of beauty to it due to not only its gorgeous guitar work, but also its empathetic chorus and alluring backing vocals.

It’s both refreshing and impressive to see an artist with such an extensive career still pushing forward and with three EP’s and twelve tracks left, who knows what else Marr has in store for us.

You can grab a copy of Fever Dreams Pt.1 on silver vinyl from independent record stores.