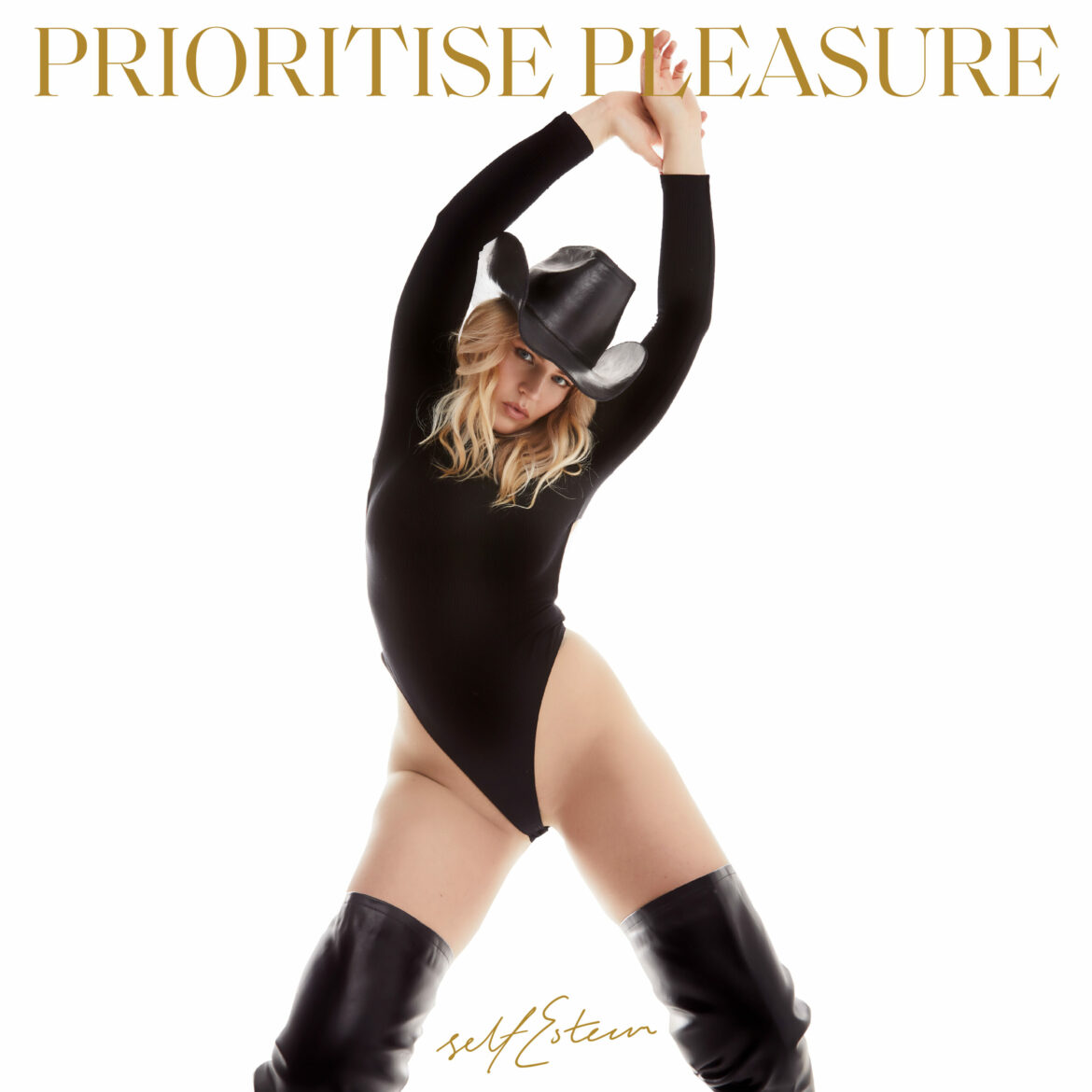 Rebecca Lucy Taylor (AKA Self Esteem) has had quite the journey since uploading her first demo to BBC Introducing back in 2017 – since then, she’s released an album, made her Maida Vale debut and performed at Glastonbury. This year alone, she’s had a single (‘I Do This All The Time’) premiered on 6 Music, won the Music Award at the 2021 Attitude Awards and most recently, was crowned Artist of the Year by BBC Introducing. The excitement doesn’t end there either as this week sees the release of Prioritise Pleasure, the follow up to her 2019 debut album, Compliments Please.

The album was announced back in July, alongside the release of its title track – with glitching synths and lyrics about putting yourself first, ‘Prioritise Pleasure’ is a powerful track that well and truly set us up for the huge sound of the album. Other singles included the anthemic ‘Moody’, which possesses some of the albums wittiest lyrics (“sexting you at the mental health talk seems counterproductive”), a vulnerable spoken word number titled ‘I Do This All The Time’ that explores how complicated it is to be a human and the blistering ‘How Can I Help You’. With pummeling beats and cathartic lyrics that take aim at the misogynistic standards and objectification that women are subjected to, ‘How Can I Help You’ was accompanied by a self-directed video that sees Taylor behind the drum kit – a statement of empowerment that allows her to reclaim how she used to feel self-conscious playing them.

Opening track, ‘I’m Fine’ addresses the issue of consent – with rumbling synths and a dark beat, it sees Taylor almost snarling as she airs her frustration. Towards the end of the track, a woman can be heard discussing how if her and her friends are approached by a group of men, they bark like dogs because “there is nothing that terrifies a man more than a woman who appears completely deranged” – a spoken word snippet taken from a National Youth Theatre workshop on the topic of consent. It’s a breath of fresh air to see an artist tackle difficult topics and Taylor continues to do just that throughout the entirety of the album.

Next up is ‘Fucking Wizardry’, followed by ‘Hobbies 2’ – two infectious tracks that are both more than worthy of being future singles. Though Taylor’s skillset doesn’t end with upbeat tracks and swelling choruses and some of the albums most stunning moments lie in tracks of a more downtempo nature – such as the empathic ‘Still Reigning’ and the goosebump inducing ‘John Elton’, which both see Taylor’s vocals backed by a choir. It’s choral outbursts such as these that add a real element of beauty to the album, whilst reinstating Taylor’s messages of support and unity – an observation that the intro of ‘The 345’ more than supports; “I just wanna let you know that there’s a point in you and I know you finder it harder than your peers do”.

Prioritise Pleasure is a pop masterpiece and it’s safe to say that there’s no other artist out there doing what Taylor is doing as Self Esteem. Next month will see her embark on a huge UK tour which sees her play iconic venues such as The Leadmill, Sheffield and Heaven, London – a lot of the dates are sold out, but if you can get to one then we strongly advise that you do as bigger venues are definitely on the horizon for Self Esteem!