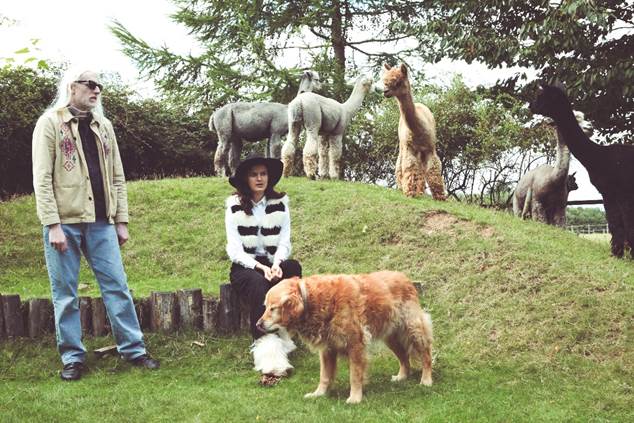 David Wrench and Evangeline Ling – aka audiobooks – have unveiled a new single ‘He Called Me Bambi’, taken from their new album Astro Tough, out now on Heavenly Recordings.

audiobooks will support Baxter Dury and Gruff Rhys on their UK tours this autumn and with headline live dates to be announced shortly.

Delving through seemingly unrelated memories to make sense of one’s place in the world, ‘He Called Me Bambi‘ was first track recorded for Astro Tough. The song sees David channelling Aphrodites Child in the drumming and Black Sabbath in the Acoustic guitar while Ling delivers another typically enigmatic and slightly sinister lullaby. Watch the video here:

audiobooks threw absolutely everything at their 2018 debut album, Now! (in a minute), a hectic, head-spinning blast of freewheeling freak-pop. On its follow-up, Astro Tough, due for release 1 October 2021 via Heavenly Recordings, they’ve somehow found a way to ramp things up even further, concentrating their chaotic energy and inherent weirdness into a record.

“The first album was a photograph of the beginnings of the project, recorded without any overall plan,” Wrench explains. “Astro Tough is more scripted, but a script that still allowed for lots of improvised scenes.”