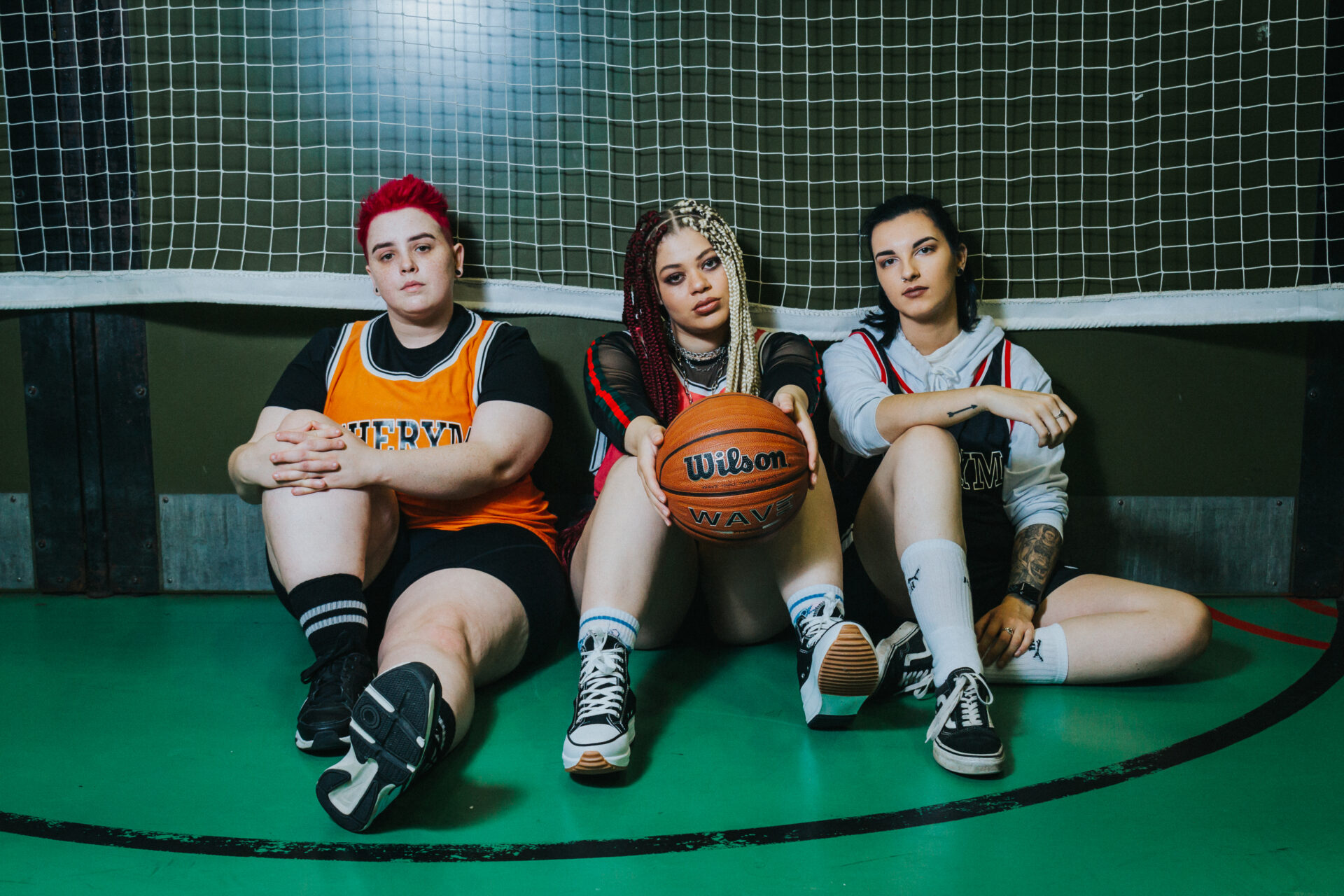 We’ve got another bumper pick of the best new music around, to chase away any Monday blues you might have. Follow our playlist for more new tracks added every week:

Why we love it: Cherym have released their new single ‘Gone Girl’, the last track to be taken from their critically acclaimed EP ‘Hey Tori’ which is out now via Alcopop! Records.  Their aim is to normalise discourse surrounding abusive relationships.

As bassist Nyree Porter explains: “We wrote this song about our own experiences in abusive relationships, whether that be emotionally or physically. Our aim is to normalise discussing the topic so that no one ever has to feel alone.  This is a subject which is very close to us personally and we hope that if there is anyone who has been—or is still—experiencing this, that you can find the strength to seek help if it’s safe to do so. Sometimes life getting better may seem like the furthest thing from reality, but it really does get better x”

The trio from Northern Ireland have used their garage rock and pop-punk sound to create a track still full of the energy we expect but here with a heartfelt message, that of the importance of getting help.  The video even goes so far as to provide links to The Rainbow Project, Women’s Aid and Men’s Alliance NI for anyone who finds this to be a difficult subject, and it is important to state that a trigger warning is advised for anyone who is or has been, affected by domestic abuse.  ‘Gone Girl’ has an emotional depth using this subject matter for its inspiration but it is delivered with honesty and authenticity by Cherym which gives it a powerful quality. (Julia Mason)

Why we love it: Belfast mob Enola Gay release the final track of their Gransha EP ‘Scrappers’.  It’s a song inspired by the sleazy authoritarian behaviour of bouncers and instant humiliation now possible through social media. The vocals are delivered through their Belfast dialect and are accompanied by the driving ever-present bass and brawling beats.  The added guitar reverb ramps up the drama and tension in ‘Scrappers’.  The lyricism continues to be observational, smart and double-edged.  With the subject demanding a track full of attention-grabbing vibes this is delivered, and then some.

“Treats ya like a dog, grabs ya by the collar/Screams get lost as the other mutts holler/On the leash, he’s leading his legion/Trying to use logic is like committing treason”

Recorded earlier this year with Chris Ryan (Just Mustard / NewDad / Robocobra Quartet), Enola Gay continue to deliver songs confronting issues with dramatic and startling effect.  BBC 6Music’s Steve Lamacq joined Enola Gay for a DJ set at 100Club in London last month.  High praise indeed and surely another sign that Enola Gay are a band for our times.  Catch them live as they embark on an Irish tour this Winter and a UK Spring tour early next year, both on sale now. (Julia Mason)

Mystic Peach – It’s Not Their Future

Why we love it:

Last week Southampton’s Mystic Peach released the second single to be taken from their debut EP. The new single is called ‘It’s Not Their Future’; the forthcoming EP is called M? and it is due out on the 17th of November.

The band’s singer Curtis Gale says this of the new single: “It’s denial. It’s obsession. The thought of looking at yourself in the mirror and discovering flaws. Going to the dark side of your mind to discover why you feel the way you do is sometimes too much for one human to take. So what’s the next thing you do? Blame someone/something to make out that you’re not the problem … unfortunately, that turns into an obsession. To speak for others because you feel depressed too doesn’t mean you should. Just because one anti-depressant didn’t work for one person – it doesn’t mean it won’t for others. Just because your views do not match theirs – it doesn’t mean they are wrong. It’s unhealthy for the mind to obsess, and the majority of people are obsessed. We are all unhealthy.”

On ‘It’s Not Their Future’ Mystic Peach celebrate difference. Listen to this great new song and rejoice with them. Vive la difference. (Simon Godley)

Why we love it: When it lands on the 5th of November Vixen will mark the release of Foxx Bodies’ first album in more than five years. And if ‘Room’, the latest single to be taken from the record, is anything to go by then it will have been well worth the wait.

Recorded and produced in Seattle by John Goodmanson (of Sleater-Kinney, Bikini Kill and Death Cab for Cutie fame) and mixed by Erik Blood months before the Coronavirus pandemic was fully upon us, Vixen is the second album from the Los Angeles-based quartet of Bella Vanek (Vocals), Bailey Moses (Guitar), Matt Vanek (Bass) and Adam Bucholz (Drums).

Speaking about ‘Room’, Bella Vanek says “This song is about being queer, which has a different definition for everyone. There is no specific person or type of person this is for except maybe just anyone who has, at one point, felt like they might be ridiculed for being who they are. The focus on a room comes from my bedroom, the idea of ‘a room of one’s own’, or any safe space. Finding a safe space is the happy ending to the song and to my personal experience as a queer person.”

Why we love it: Helven, is 21-year-old Jenny Bakke, ‘if i could be like you’, is the second to be taken from her debut EP volume 1, due in 2022. Wistful lilting vocals weave through a sonorous suite of Scandi pop, synths and subtle percussion. A superlative meditative pop track, that deals with the secretive and painful feeling of envy.

“I have always tried to love myself, at least most of the time. But occasionally I’m haunted by jealousy” she says. “For a time I felt like I would do anything to be like someone else, to have lived another life and even to die like someone else. But now I’m glad I chose to be me.” (Bill Cummings)

Jansen Records · 9AM RECORDS: Helven – if i could be like u

Why we love it: S. T. Manville‘s ‘A Rock’, is the second single from his upcoming How to Belong EP (out 17/11/21). A warmly tender and affecting ode to parenthood and the blind sense of duty that comes with having children. The lilting vocals and tumbling acoustic arpeggios remind one of Sparklehorse or Elliott Smith, which is fitting given we’ve just had the anniversary of his passing. The gorgeous accompanying stop-frame music video, animated and directed by Brazilian visual artist Marina Sader, consists of over 700 hand-drawn images.

Manville says, “A Rock is a song I wrote for my kids, I guess it’s a reminder to them that I’ll always be there regardless of how tough life gets or how bad they fuck up. A lot of the lyrics are from silly conversations we’ve had over the years. The first line “When you’re dark, black and white, I’ll be the crayon that colours in the sky” comes from when I was picking my daughter up from nursery one evening and I commented on how pretty the sky was. She told me that she’d painted it for me. When I asked her how she managed to colour it in she said she used a ladder. I loved the visual imagination, to be honest, I spend most days in awe of the stuff that comes out their mouths.” (Bill Cummings)