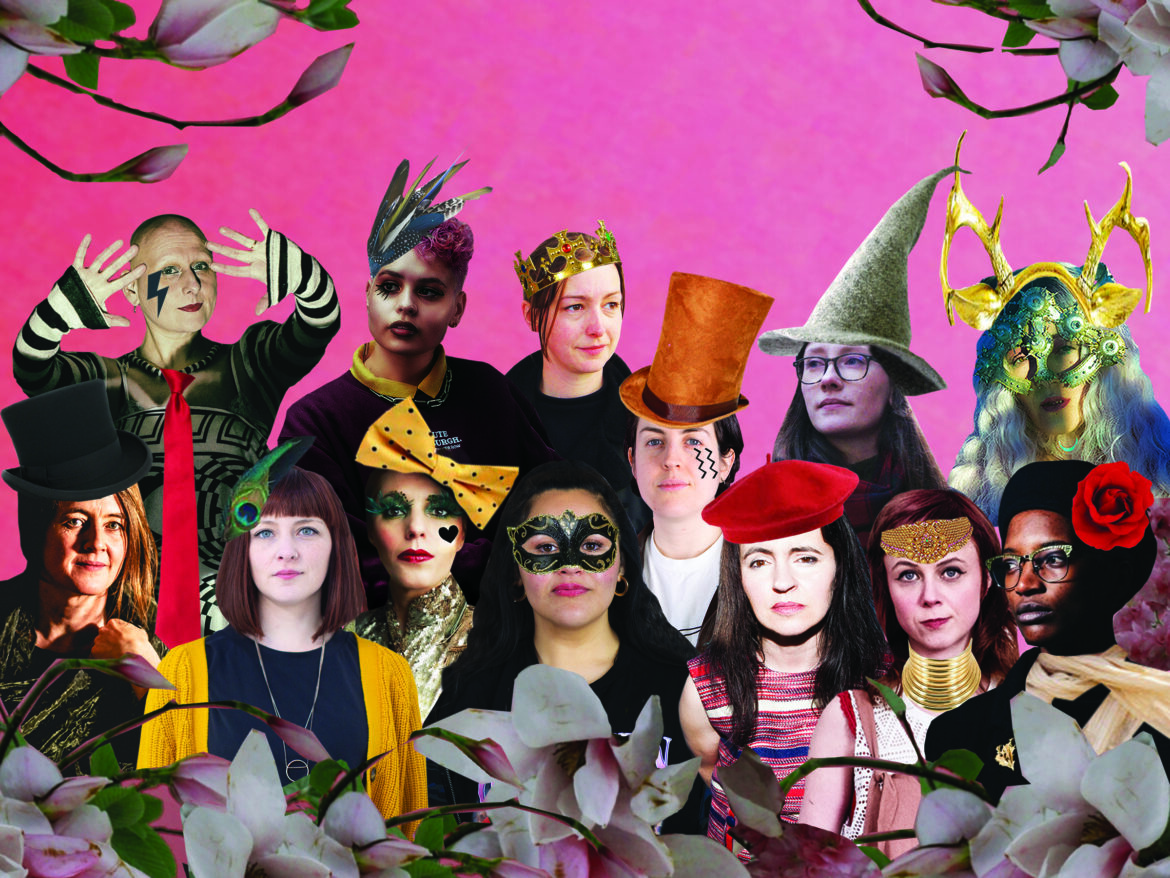 Hen Hoose, the collective of female and non-binary artists, writers, producers, heck, music makers, has just released their debut album. Building on an idea from the times before the pandemic, if you can remember those, Equaliser is some achievement, not least in blending a number of artists sounds together into something cohesive, but all during periods of lockdown and isolation. We caught up with Hen Hoose founder Tamara Schlesinger (aka MALKA) to find out how it started and  how it’s going.

Hi! It is going really well thanks, if a little busy.

So set the scene… where are you right now, and what have you got planned today?

I have actually just come back from a few dates supporting Jane Weaver on tour. So I probably need to get the washing on.. then aside from that. I am working on the promo for the Hen Hoose album which has just been released.

Introduce yourself to our readers.

My name is Tamara Schlesinger, I am a musician/producer. I mainly make music under the moniker MALKA but I was previously in a band called 6 Day Riot. I also run my own record label and write music for TV and film and I am the founder of Hen Hoose.

Sum up the Hen Hoose project in a couple of sentences.

Hen Hoose is an all-female and non-binary songwriting collective based in Scotland which was formed as a response to gender inequality in the music industry. It is a collaborative project which sees writers and producers work together in small groups. We have just released our debut album. We also write music for TV and ads.

Where did it all start?

It began as an idea pre-lockdown. I was so fed up with seeing the lack of female artists on festival lineups, signing record and publishing deals, and getting radio play that I wanted to try to do something about it. I managed to secure funding from Creative Scotland as COVID hit and we worked on the album remotely throughout lockdown. The idea behind the project is to also find new revenue streams for artists, so we are working on sync in particular. (usage of music in TV/Film etc..)

What’s been the biggest challenge getting the project together and released?

There were 13 writers and producers involved in this project, so trying to fit this around everyone’s schedules was hard work and the project management was really full-on. I set deadlines for each track to try and ensure that we kept up a good pace throughout the project.

Given the lack of representation in radio, streaming, etc, how much of a challenge has it been with it being an all-female project?

I think that within the group we have found this an incredibly inspiring and empowering project and there has been a huge amount of support from all the individuals involved and in the music industry as well. The challenge now is to make sure that enough people sit up and listen both to the music and the messaging behind the project.

Some (less enlightened) people might ask why diversity matters so much in music, what would you say to them?

If you look at the stats they speak for themselves, only 17% of writers registered to PRS are women, only 12 % of producers registered at MPG are women and only 25% of artists signed to major labels are women. And we haven’t even touched on the problem with festival lineups. There is clearly a huge problem and it is essential that we level the playing field as the talent is evident but the support is just not there.

What’s the biggest change the music industry itself needs to make?

I think that the change needs to come from the top. This is a grassroots project and we are trying to get the messaging out there and make a difference ourselves, but we need the people in power to stop talking and to make changes now. We need to see more women signed by labels, played on radio and booked for festivals, we don’t need shared posts on social media, we need real action.

What’s your ambition for the Hen Hoose collaborative?

I would like to build the collective further, introduce some new up-and-coming artists to work alongside more established artists and also widen this beyond Scotland. I also want to develop the sync side further and get the writers working on some bigger projects to offer more scope for everyone’s careers.

Onto the music, what can you tell me about ‘The Bliss’, one of the tracks you worked on for the album?

‘The Bliss’ is a co-write with myself and Inge Thomson. It is a playful electro-pop track examining elements of vice and distraction. Inge and I clicked immediately, we seem to have the natural wonkiness to our production which worked so well together and the track came together really quickly.

I really love ‘Outrun You’, which is near the end of the album, what can you tell me about that track?

That’s another track that Inge worked on, this time with Amandah Wilkinson (Operator Please, Bossy Love) – I love it too. I think they have worked some magic on this. The combination of Amandah’s power pop and Inge’s alt style just come together beautifully. I think the songs that pulled people out of their usual genres have worked incredibly well.

It’s a really cohesive listening experience considering the variety of artists on the tracklist; was that a challenge or natural from the people involved?

I remember having the first zoom listening party and as we played the first few tracks that we had worked on back and we all said the same thing. There is a cohesion that seems to have happened naturally. I do think that the fact that a number of writers have produced and written on a few different tracks has meant that their ‘sound’ seeps into a variety of songs. I love that it sounds like one piece of work even though it crosses multiple genres.

If you could recommend one artist to hear this week, who would it be?

Ooh, I would have to say that you should listen to the new Admiral Fallow album, it came out the same day as Equaliser and Sarah Hayes (who has written and produced two tracks on our album) is a member of the band.

What’s the question we should have asked you today but haven’t?

Where to buy the new album –  and the answer is all the usual places, but we had massive delays with the vinyl, so if you pre-order it now you get an immediate download of the record and we would very much appreciate that!

To find out more about Hen Hoose and all the talented artists involved check out the website. You can buy the album, Equalizer, from Bandcamp (or any good digital store) and stream from all the usual outlets if you have to. Twitter, Facebook, and Instagram will keep you up to date with the latest from the collective.