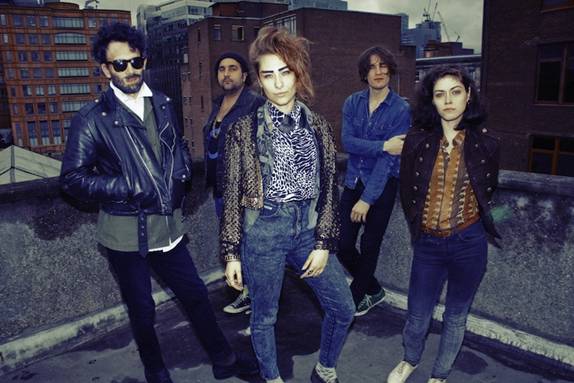 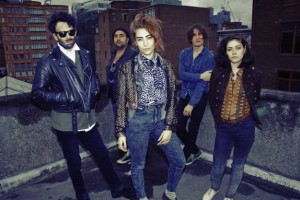 On the eve of the release of the much anticipated debut album (Manifest!, out June 4th on Lucky Number) Brooklyn party starters Friends now share the offbeat, effervescent album track ‘Home’, as premiered by Lauren Laverne on 6Music.

Eclectic and wide-ranging, effortlessly cool and instantly infectious, “Manifest!” was produced by the band – singer Samantha Urbani, multi-instrumentalists Lesley Hann, Matthew Molnar, and Nikki Shapiro, and drummer Oliver Duncan – between last summer and this spring with engineer Daniel Schlett at Strange Weather studios in Brooklyn, and contains their breakthrough singles “Friend Crush” and “I’m His Girl”. Now, with current single “Mind Control” anointed the Hottest Record in the World by Zane Lowe on Radio 1 and A-listed at 6music, the band will play celebrated slots this weekend at Field Day and Dot to Dot Festivals before headlining Dingwalls in London next Wednesday 6th June with label-mates Reptar. Wth more shows to come in the summer, Friends look set to make the rest of the year theirs alone.

Manifest! is available to pre-order from Rough Trade (with a bonus disc), iTunes, Amazon and all retailers.