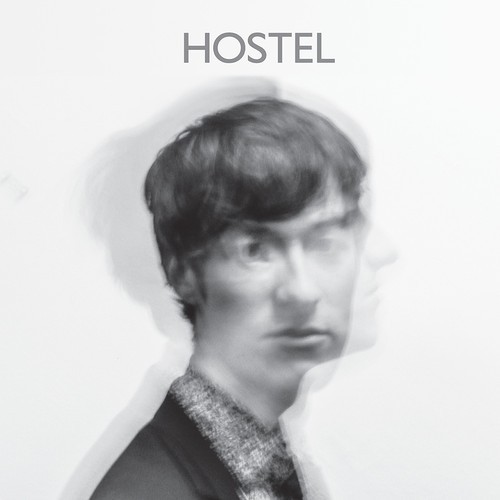 Regular readers of my blog Mr Scott:Music may remember the Southampton based group Doyle And The Fourfathers, who released a fantastic debut album in the form of ‘Man Made’ before splitting up last year. Fans now have reason to smile again as frontman and songwriter William Doyle launches his new solo project East India Youth.

The debut EP ‘Hostel’ sees him make inroads into machine music, moving away from his former band’s simplified indie pop, and the evidence here suggests a natural transition. Lead track ‘Looking For Someone’ is a beautiful electronic hymn that pairs the buzz of synths with Doyle’s instinctive ear for melody, while ‘Heaven How Long’ veers deeper into John Foxx/Depeche Mode territory, even more so on the accompanying Oh The Gilt remix. Elsewhere the 9 minute plus ‘Coastal Reflexions’ journeys further left-field, building into a shifting collage of jumbled beats and rave vibes.

Now completely in control of the direction of his music, maybe this is exactly what Doyle needed to do in order to grow as an artist. It’s an interesting development and promises big things for the future.
[Rating:4]

You can preorder the 12″ from Rough Trade here, Piccadilly Records here, and Recordstore here.