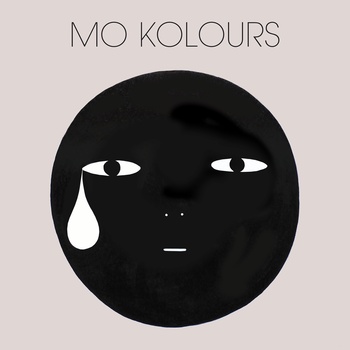 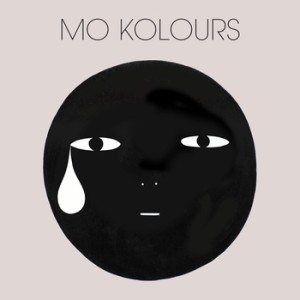 Kicking off, each in turn, with a baby’s cry, screaming sirens, dog barks, hand claps and buried vocal samples over a super-chilled House beat, Mo Kolours’ debut album never pales for a lack of ideas, influences and counterposed styles. When those styles include House, Electronica, Dub, Funk and Hip Hop alongside Mauritian Sega music, and the LP boasts the influence of forgotten 70s UK funkers Cymande, a potential dogs dinner could reasonably be expected to be on the cards. Remarkably, this record manages to avoid crumbling under that weight through the brevity of having only a little over half an hour’s running time and the nimbleness of its 18 tracks.

Building over two sides, one ‘light’ and one ‘dark’, those themes of childrens’ laughter, sirens and hand claps recur throughout alongside vocals that tend towards the cinematic. Mo Kolours own vocals tend towards the languid, none more so than in the Duppy Conqueror influenced Streets Again and at times remind of Gonjasufi while at others feel closer to the much hyped Sampha. Elsewhere, on Play it Loud (In Your Car) it becomes clear that Mo Kolours is a keen lyricist as he reels off cheap and cheerful cars from the past, Vaxhall Nova and all, inciting the listener to ‘play it loud’. It’s a highlight, and destined to be well loved and well played with the exception of round Mike Skinner’s place, who’s bound to be very upset he didn’t think of this one first.

Indeed, with so much going on the highlights are many and Afro Quarters is destined to be dropped into many a quality House set over the next few months while lead single Little Brown Dog recalls the best bits of last year’s DJ Koze LP.

With glassy percussive tones, steel drums, an assortment of bells and shakers, and plenty of wood blocks it is perhaps Mo Kolours percussion that ties this record together, guiding its way through the twists and turns it creates in its wake. Ending on hand-claps alongside what I presume is a Stylophone and the repeated words “so good-bye”, this is a debut album of some class.

As a serious and pointed step forward from his three previously well received EPs, Mo Kolours has produced an album of the year contender that is most welcome, even more so since it’ll be available for pay what you like download. Here’s hoping those good-byes aren’t for long.