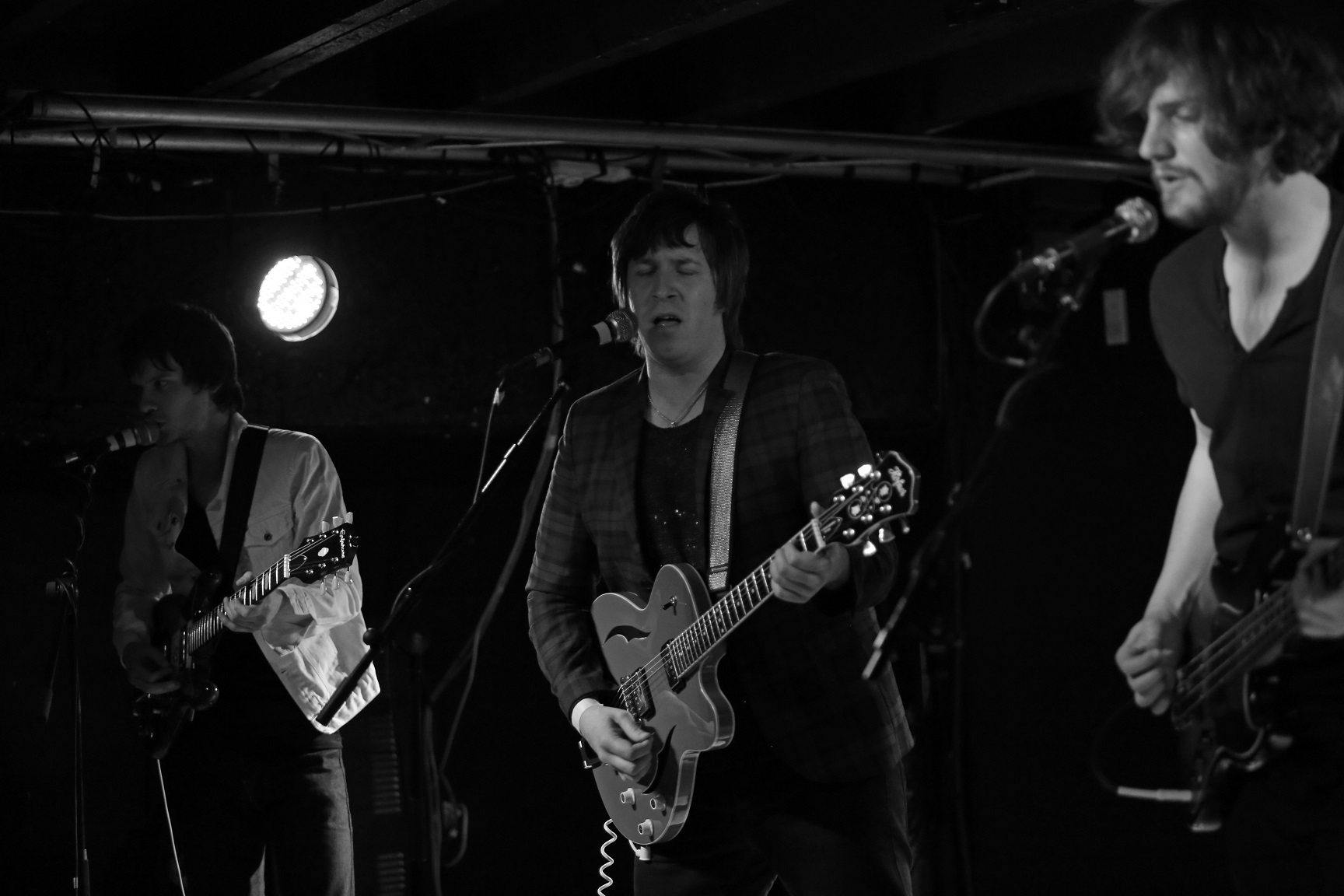 Home entertainment is killing live music. Even allowing for the vagaries of the English weather and the fact that it is mid-week, there really aren’t that many people inside York’s premier live music venue tonight.  When further account is taken of local rising stars The Blueprints providing the main support, that number is even more disappointingly small. Recent sold out shows by Johnny Marr and George Ezra prove there is a market out there, but the fact that the evening’s headliners The Moons are giving away many pairs of tickets via Facebook to all of their up and coming shows on this tour is perhaps a reflection of some of the difficulties facing the smaller pubs and clubs in getting punters to come through their doors on nights like this. 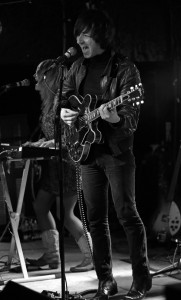 But the show must go on and at a little after nine o’clock The Blueprints take to the stage. Opening with the warm effervescent charm of ‘Laws of Nature’ from their second EP The Mountaineer, The Blueprints populate their short set with songs from both this record and its equally eloquent predecessor, The Shipping Forecast. Theirs is a joyful sound and in Stu Allen they have a most charismatic of singers and guitarists. In his winkle-pickers and turtleneck sweater his appearance speaks of another time, and in their music The Blueprints do capture the essence of 60’s chiming pop in a quite perfect exercise of style and substance.

Two shows into what will be a nine date jaunt around England and Scotland to promote next week’s release of their new single ‘Heart and Soul’ and to announce the arrival of third album Mindwaves in June, The Moons’ frontman Andy Crofts quickly surveys the Duchess scene and wryly concludes that perhaps the band aren’t so big in York after all. Past support slots with Ocean Colour Scene, The Rifles and Beady Eye, as well as Crofts’ ongoing association with Paul Weller should really prove otherwise. Having these names on their CV though, does point the listener firmly towards the musical currency in which The Moons deal. Most of the coins in their particular realm would date from the late 1960s and no doubt feature the heads of Ray Davies, Pete Townshend and Pete Ham on their obverse. 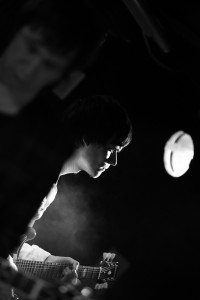 that the audience should continue to talk amongst themselves while the band just play quietly in the background – but whatever the reason may be, it does take some time for The Moons to properly ignite. But when they eventually do, they really start to crackle and burn. With more than a vague nod to Bowie’s ‘Watch That Man’, ‘Heart and Soul’ is a genuine glam-rock stomper. Another new song ‘Fever’ is positively febrile, beautifully counterbalanced by the whimsical pop of ‘English Summer’. And the final triple salvo of ‘Something Soon’ – with its twin-guitar sound, a song that surely would not have been remotely out of place on Wishbone Four – the jagged edge of ‘Time’s Not Forever’ and the rousing closer, ‘It’s Taking Over’ show what a truly wonderful live proposition The Moons must be if they were only playing to an atmospheric, full house.