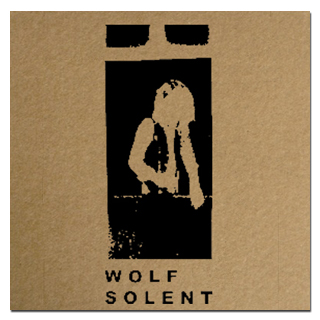 Wolf Solent is Danny Trew Barton and Wolf Solent’s music is the product of his fertile imagination. Shedding the skin of his past – one that has included his having seen active duty with York bands The Federals, White Firs and The Illness, as well as stints alongside another local musician Jonjo Feather – and after some time spent in semi-darkness, Barton stepped firmly back into the light last month with the release of Wolf Solent’s début EP, Lifeboat. Already described on these pages as having “captured the sound of a cosmic renaissance”, the record reveals a brand new shimmering interplanetary haze of retro sound spread evenly across the wide expanse of its seven tracks.

Thanks to those very good people at Sea Records, God Is In The TV is now proud to première the third video to be taken from Lifeboat. Following in the noble footsteps of ‘TV Glow’ and ‘Get On’, ‘Red Radio’ emerges from the long shadows cast before it by Spacemen 3 and Sparklehorse, the apparition of its ghostly sound finally reaching a point of self-actualization amidst a narcotic swell of Barton’s woozy guitar and anamorphic vocals. If you don’t believe me, go and experience it for yourself on: