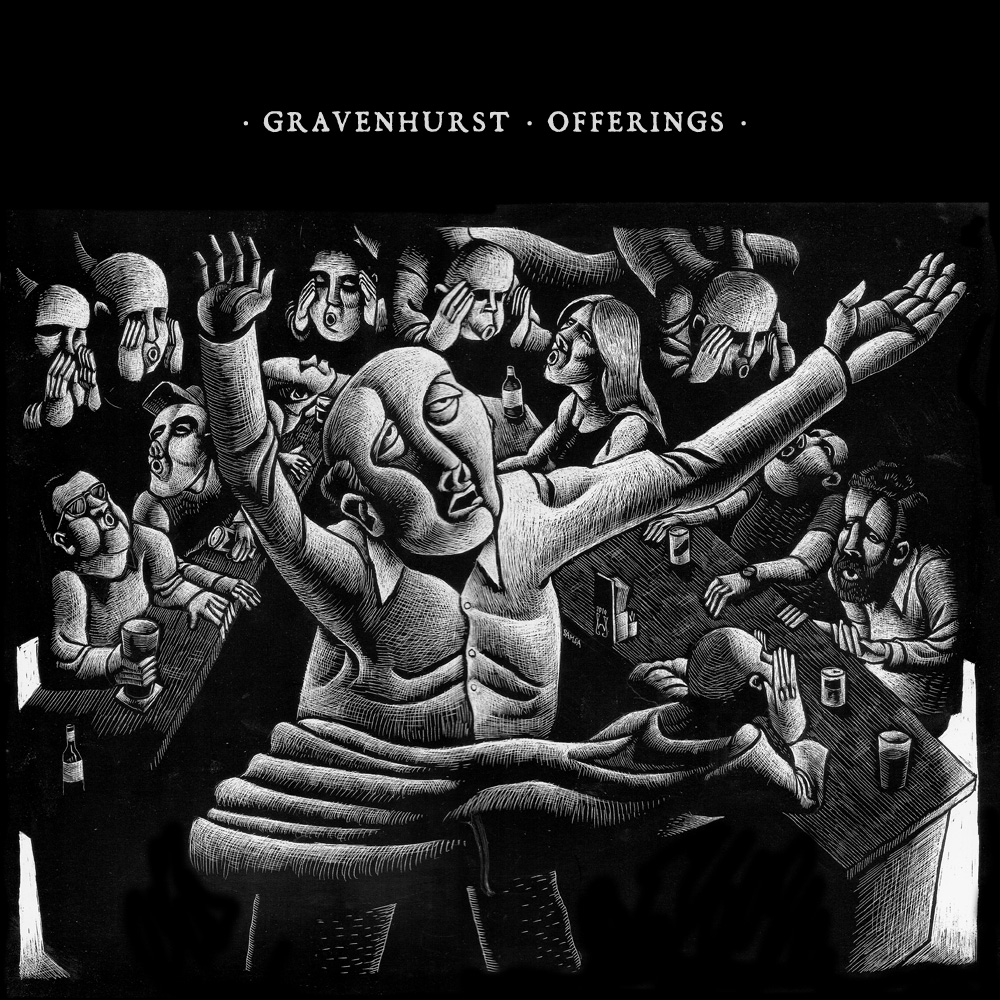 On 1st December last year a collection of Gravenhurst AKA Nick Talbot’s ‘lost songs’ was released. The  point of the release was originally for Talbot to supply Warp Records with some tracks that never quite saw the light of day. These 10 tracks were considered not only strong enough to be added on to the re-issued EPs, but they deserved an album of their own.

As it title indicates, Offerings is a collection of tracks, recorded between 2000 and 2004, and for various reasons they were left off of albums, singles and EPs. Listening back to them now, more than ten years after they were originally recorded, it’s hard to see why they weren’t released at the time. They simply bustle with the inventiveness of a gifted songwriter and musician finding his voice and honing his craft.

The majority of the tracks are acoustic and stripped down to the basics. Just guitar and voice, it’s these stripped back moments that have the most power, when there is no production trickery getting in the way of the message. Talbot’s voice is full of emotion, yet he is in control of it. This is displayed perfectly on the opening track ‘The Citizen’: the deft interplay between the guitar and Talbot’s vocals is one of the highlights on the album.

‘Entertainment’ and the ‘Diver’ are demo versions. The version of ‘Diver’ is far superior than the original,  slightly longer, but with the removal of the organ at the end, it possesses more power. ‘Who Put Bella in the Wych Elm?’ is the first instrumental track on the album, showcasing Talbot’s ability to tell a story without words. ‘For Erin’ is another instrumental track written for his ex-wife. ‘Abilene/Still Water Outro’ is another instrumental interlude influenced by Neil Young’s Dead Man soundtrack.

The real power of these tracks is Talbot’s ability to look at the mundane and uncover its beauty. At times it’s like he’s saying “Look, there is beauty going on all around you now, just look for it and you’ll find it”. This is evident on the track ;Romance;, with its the chorus line of “You put on your best suit and I’ll follow you around the room”. It’s this level of simplicity that really makes the song; it’s laced with a level of melancholy unmatched elsewhere on Offerings.

Ultimately this is a great selection of songs and an excellent introduction to a talented and gifted song writer. The real shame is that we, the audience, will have to imagine what his next album would have sounded like. We won’t get to see him grow old and show us the dark beauty of ageing. Treasure this epitaph to a under appreciated songwriter.