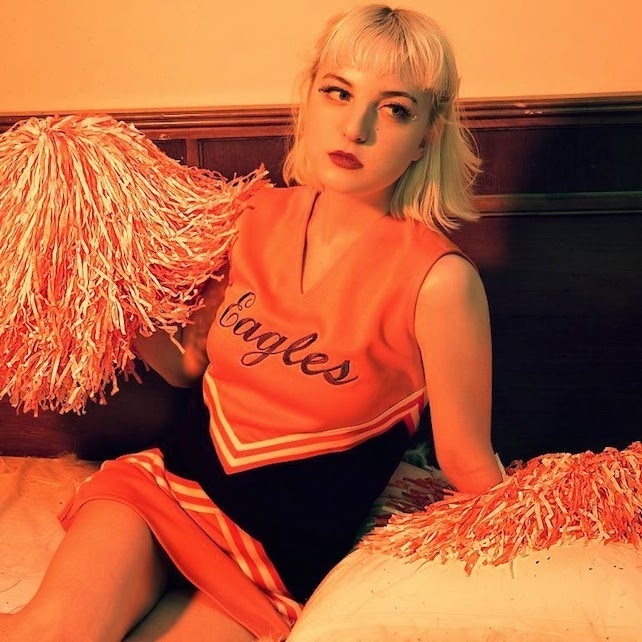 Lowell’s music bounded up to me like a massive friendly dog and hit me square in the face the very first time I stumbled across ’The Bells’. The accompanying video is replete with zombies, roller derby girls, cheerleaders and a marching band, and fits the music to an absolute tee. The whole thing sounded like it was trying to burst right out of the internet. In the way of the world, minutes later I’d bought her EP I Killed Sara V. Despite trying to play it to death, the sound remains box fresh, the 5 tracks veering from the grunting bass ridden synth-EDM of ‘Cloud 69’ through the insouciant drawling ‘Palm Trees’.

Interest was piqued and I set about digging. Lowell is the middle name of Elizabeth Lowell Boland. She’s Canadian, and is still at an early stage but making a buzz there. I ran to earth a collaboration with Apparatjik, a Scandinavian ‘super-group’ involving Guy Berryman from Coldplay and Magne Furuholmen from A-ha (could that sound any more 1985)?  The oft-quoted fact about Lowell is that she used to be a stripper, and quite frankly I was determined to totally ignore that as an irrelevant Daily Mail-ism until I realised the relationship of this to her life and music.

An album came out on the highly respected Arts and Crafts in the US and Canada, this being her debut We Loved Her Dearly. It included all the Sara V tracks and then doubled that, showing an excellent expansion of range. It’s about to see its UK release. We got the chance to pop some questions across the Atlantic to her. We were kind of curious, was Lowell a solo artist or is it a group?

Lowell is me and whichever friends I bring out that night.

And you are based in Toronto?  Is that where you’re from? It seems like half of Canada moves there to make music?

I’ve recently taken up the “based in Toronto” status as that’s where my label is, but I’m actually from Calgary. Smart people move to Toronto because that’s where the money is. Some people often don’t, and stick it out which is great because they make their home towns cool. I moved to London and then back to Toronto. I don’t know what that makes me. An export?

It’s got to be said that Canadian music is truly amazing amazing at the moment, (actually it has been for years). What’s it like being part of that? Is there a sense that everyone is waiting for the next electronic act to pop out? Is it supportive? Competitive?

Canadian music IS amazing! Its great to be a part of it. People are pretty supportive no matter what and I haven’t noticed any sort of competition within the Canadian music industry. I find all the bands just want to see each other make great music and work together so everyone in the world knows how great Canadian artists are. We also have a grant system which allows artists to work in a less competitive environment and theoretically worry more about art.

I’ve been pretty damn smitten with your album We Loved Her Dearly, and the EP that came out before that: I Killed Sara V? – are these the first time you’ve had your music out there in public, or have there been earlier projects and personas?

Those are definitely the first major releases! Of course there was a mini album project I did originally with Apparatjik in Europe but this was my first individual release.

Please put me out of my misery, and excuse me if I’m being thick for not knowing – who is this Sara V that you killed?

I like to think Sara V is an alter ego I was forced to hide behind, murdered out of shame and resurrected but with a vengeance after taking the time to learn that she was a bad ass mother fucker. But maybe you could just google it.

(Note – despite it being pretty damn obvious, until this point I simply hadn’t worked out that Sara V was Lowell’s stripper identity. She’d initially been keen to ditch ‘Sara’,  only to later discover new worth, and re-own the persona)

I enjoyed the Apparatjik collaboration, it must have been a huge step forward. But I’ll say what I think – your own album has a much stronger, hugely more singular voice. Is that fair, is that how you would see it?

Its hard to say really. The Apparatjik collaboration was largely my own project as well but just with a twist. The process of making that mini album was similar. I had written and recorded some home demos and then I collaborated with the band to add onto the original sounds. The difference was the Apparatjik album was just approached in a less serious and planned out way. In fact, the plan was to have no plan. Its all games with Apparatjik. I flew to London for four days and we decided to make an EP over that time and we made fun little rules for ourselves. Not like rules where you structure a pop song AKA ABAB rhyme scheme, or “place middle 8 here.” I mean rules like: “No one is allowed to say NO to anything; One song must be words taken out of British newspaper articles only; You have to finish this song by the time the hour glass runs out and release AS IS… NO EXCEPTIONS… now GO! It was an art project. You could say it had no voice. That was the difference. The mini album wasn’t supposed to be strong. We Loved Her Dearly is concise. It is the exact opposite of what “If you can solve this jumble” is. I thought about the voice in this debut album day in and day out and it was so much my own voice, it changed me as a person.

I read somewhere that it was important to you to ‘flag up’ your sexuality; was this a question of getting it dealt with and out of the way before it ever became a question?  Or was this the opportunity you’d been waiting for to produce an anthem by putting the track  ‘LGBT’ on the album?

You know… I didn’t make a big deal about the fact that I’m bisexual actually. Other people did. I’m pretty nonchalant about it. I’m not looking to shock anyone. That is just a reflection of where we are in society. I do however openly support LGBTQ rights. My own personal sexually has nothing to do with it.

How would you yourself describe your music?

I’m never good at this question. I’ve felt at times that We Loved Her Dearly is electric but organic, carefree but purposeful, full of angst but relaxing at times. Its pretty paradoxical. That’s a reflection on me as a person. It can be a good and a bad thing really. I guess it depends what you’re into. 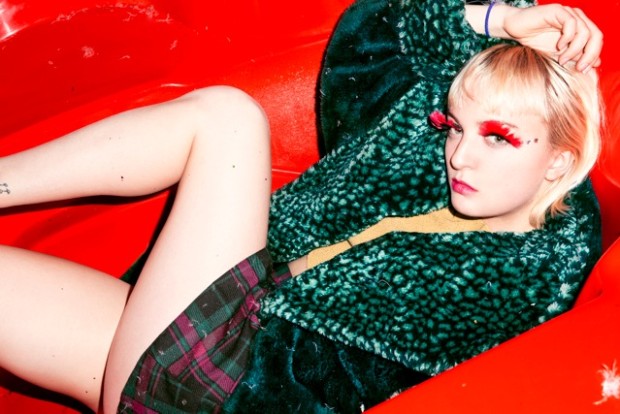 And what five words would you use to describe yourself personally?

Do you have any super powers? If you don’t have them already, what would you pick given the chance?

What are you doing right now? Are you touring? Will you be coming to the UK? Do you have any festivals planned?

I am at Motel 6 in Kingston Ontario hitting Denny’s in 5 and on the way to Ottawa for a sick show! I WILL be coming to the UK and that is a surprise I will tell you a all about when you are older. Or in a few weeks.

Is it cool to ask about inspiration?

I don’t know is it cool to ask if things are cool? Haaaaaaa ya we are cool. Inspiration is forever changing!! My inspiration for this album I think was mostly deep rooted musical influences like The Beatles, Animal Collective and Feist. Those are three artists I can safely say I’ve been listening to as long as I’ve been making my own music and that have helped me to find myself as a musician. I don’t know if those have come across at all through the music but they deserve all the credit for one reason or another. I was listening to Beach House at the time and Youth Lagoon as well as rappers like Kendrick Lamar and Danny Brown.

Is there anyone that you’re into at the moment that we simply must listen to?

What has made you laugh out loud this week?

And finally – if I was going to do a better job of getting to know Lowell, what should I have asked you?

OK then, that’s all settled then. I’m now slightly hopping from cheek to cheek in anticipation of some UK dates – excellent….