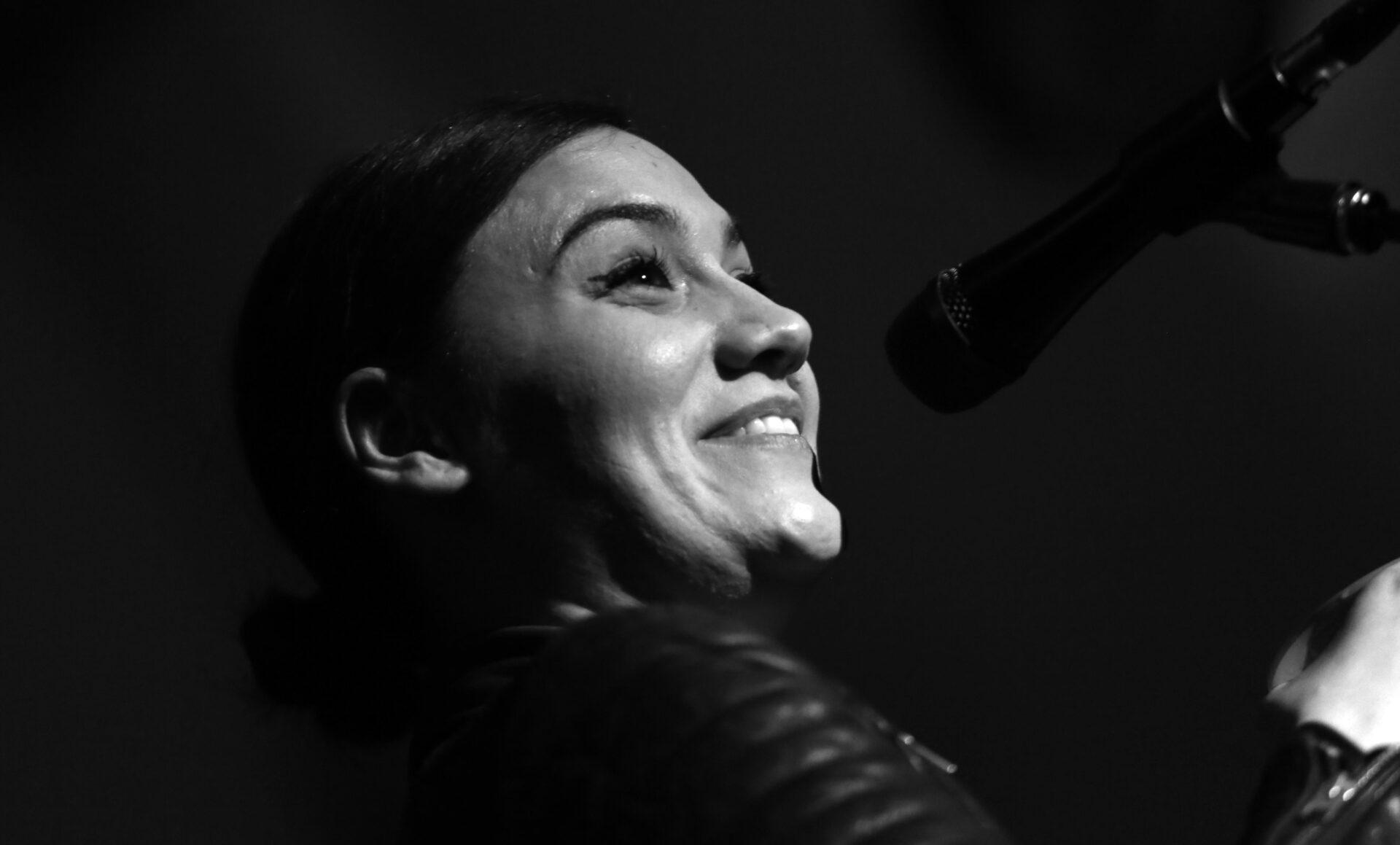 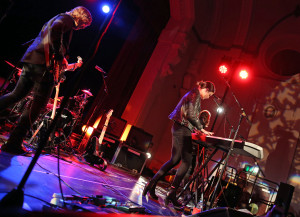 It is a very bold statement for any performing artist to herald their arrival with one of their own songs. But that is exactly what Nadine Shah does tonight. She and her four band members come onto the stage of the Old Town Hall in Gateshead to the strains of ‘Nothing Else To Do’. Taken from her second album Fast Food – released earlier this week to universal acclaim – its repeated mournful refrain of “and there was nothing else to do but fall in love” fills the Main Hall of this magnificent Grade II listed building. Yet by the time that she has reached the end of her opening song ‘Living’ – the new record’s closing track and perhaps a suitably sombre signpost towards her next album – Shah admits to feeling terrified.

Just a few miles down the road from where she was born and raised in Whitburn, tonight’s show marks Nadine Shah’s homecoming – and all of her friends and family are here to see her. Her parents, brother, niece, countless friends – each of whom she calls out to by name during the evening – and even her old music teacher, they are all in the crowd that swells the room. And therein lays the wonderfully perfect dichotomy that exists between Nadine Shah and her music. A strong, confident musician with two great records to her name and a star which is now firmly in the ascendancy and the approachable, down-to-earth young woman from the North East of England who is still riddled with the anxiety of performing these very songs in front of those she knows and loves. 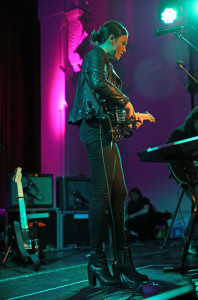 combination of the glorious splendour of a dozen of her tortured, twisted gothic-pop songs and her irrepressible, innate charm. Like its subject matter, Fast Food’s title track is an intense burst of jagged pop-noir and Nick Webb’s slashing guitar adds an even greater sense of foreboding to ‘The Gin One’. For ‘Remember’ – the first song she plays tonight from her debut offering, 2013’s Love Your Dum and Mad and which Webb imbues with the most plaintive of trumpet – Shah moves from guitar to keyboards, inexplicably likening the experience to that of Dick Van Dyke in the film Mary Poppins. It is an image at stark odds with the song’s helpless sense of desolation, yet one that merely reinforces the differences that exist between the woman and the artist.

Nathan Sudders – on temporary loan from Manchester band The Whip – then lays down the most thunderous of bass grooves on ‘Aching Bones’ and ‘Stealing Cars’ just sparkles and fizzes with boundless energy. Shah finishes her set with ‘Fool’, wrapping misery and scorn in a blur of scything guitars as her majestic voice arcs from that of soul siren to wounded torch singer and back again in one incredible fell swoop.

Despite her saying she doesn’t have any more songs to play, there is still time for a beautiful encore of ‘Divided’ – on which she is just accompanied by Webb on guitar – before the full band reconvene for a marvellously vigorous work-out on ‘Runaway’. And with that Nadine Shah has gone in the general direction of the merchandise table to be with her friends, family and a justifiably ever increasing number of fans.