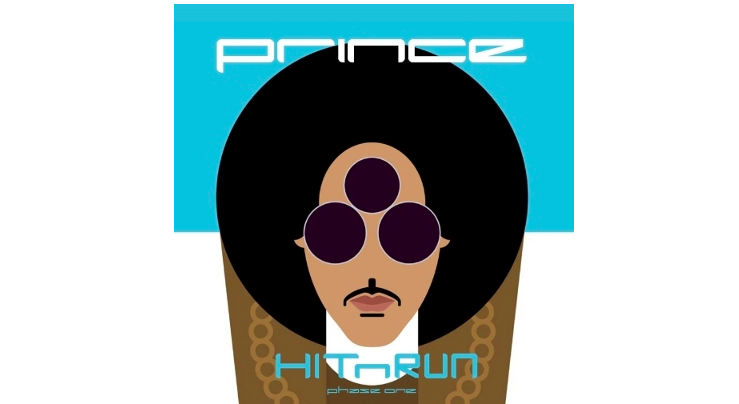 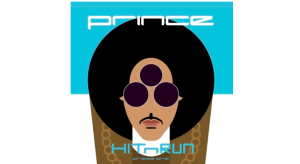 And so Prince surfs the Tidal wave back into town with the release of this new album. Somehow Mr Nelson was not persuaded to feature in the truly execrable promo video for the platform. Which is a shame as the avalanche of purple daggers being shot from the eyes of the Minneapolis miniature at the frighteningly self-congratulatory throng would have made that particular horror show an even bigger worldwide hit that it already was.

The more pertinent question is, is this record a hit? Well, in purely commercial terms the answers is, you’d imagine so. On an artistic level well…it’s pretty good. Well, it’s okay would be more accurate. The problem Prince has and has had, is that pretty good is not really good enough. When you have a back catalogue with so many singular and wildly successful behemoths stamping their authority all over later efforts and when your live shows in a just world should cause all other pretenders to pack up and go home, a decent effort is always going to be a touch deflating.

None of which is original in the slightest of course. Outside of the more frothy critiques found on the numerous forums devoted to all things Paisley Park, most every review of purple product since 1990 at least has begun exactly the same way. Not…as good…as before. Indeed there are times our man samples himself, both literally and stylistically. ‘Million $ Show‘ has snippets of ‘1999‘ and ‘Let’s Go Crazy‘ within and opener ‘Like A Mack‘ has a simple guitar riff tantalisingly close to the minimal pop perfection of ‘Kiss‘. This has the slightly unfortunate effect of highlighting the chasm between these mish mashes and earlier, rather more concise and primal cuts but artist does what artist does.

‘This Could B Us‘ harks back to even earlier Dirty Mind musicality. At least for a bit of variety ‘1000 X’S & O’S‘ has the decency to remind of someone and something else; in this case a more stripped back and bass-heavy ‘Summertime‘ by Will Smith prior to his getting in on the movie star game. Not entirely explicitly but certainly in atmosphere and the rather dreamy and louche bassline. The (not so fresh) Prince of elsewhere.

If all this suggests a rather poor effort, it shouldn’t. It’s half way decent. Few quite good tracks, couple of bores, bit of a mess overall but no cast iron, back of the net howlers. Indeed it’s a grower and does get the hips wiggling in the dog days of a summer barely had.

Even the borderline EDM track ‘FALLINLOVE2NITE‘ has its qualities; rarely a sentence heard when those three letters are assembled in that order. Though it has added soul, it does tread rather too close to that justly maligned genre: but it’s thumping and groovy without too much of the curiously over the top yet massively underwhelming qualities inherent in the currently successful dance music variant. Out with the odd legitimate Steve Hurley rework and under the counter remixes which he has had the square-root of precisely nothing at all to do with – the ‘Controversy‘ re-edits are particularly worthy of attention – it’s always been strange how Prince hasn’t ventured further into the realms of House. His lascivious outlook on life seems tailor-made for Jamie Principle style grooves but then perhaps that’s the point. Takes a look at that output from the Windy City and thinks he can’t do it any better anyway.

With the drawbacks, as they are, it’s difficult to tell whether it’s due to over or under production. Whilst there is the illusion of a stripped back sound on a number of songs it’s almost certainly just that, an illusion. Is too long being spent mucking about with otherwise divine little efforts? Or is not enough time being taken to tidy things up by the legendarily fast worker? Make the record – bin 50% of it. That’s usually a sound approach.

Seems unlikely our taciturn troubadour will let on, that’s the one thing we can all be certain of. Interviews rarely get beyond the cryptic and the mute.

Hard to know where to go from here for Prince. When the final track, usually either a grand finale or a down beat adieu, serves mainly to remind what a great album Purple Rain is – the guitar sound and some of the drums being pretty much bang on those used for ‘When Doves Cry‘ – then it’s all a touch sad, even allowing for some of the small victories snatched from the jaws of defeat. And doves crying is rather more intriguing imagery than the observation that “she likes to party hard” any day of the week. We’ll gloss over the fact that in a sane society the use of the word party as a verb would be a crime. Cut it out please.

After all that, what do we have? Decent record, gets better around the third listen, still not good enough. The end. A relatively underwhelming summary for an acceptable, though, underwhelming album.

Rinse and repeat with pretty much all Prince offerings at the moment. And ever lengthening recent history. Could do better. Wildly better.