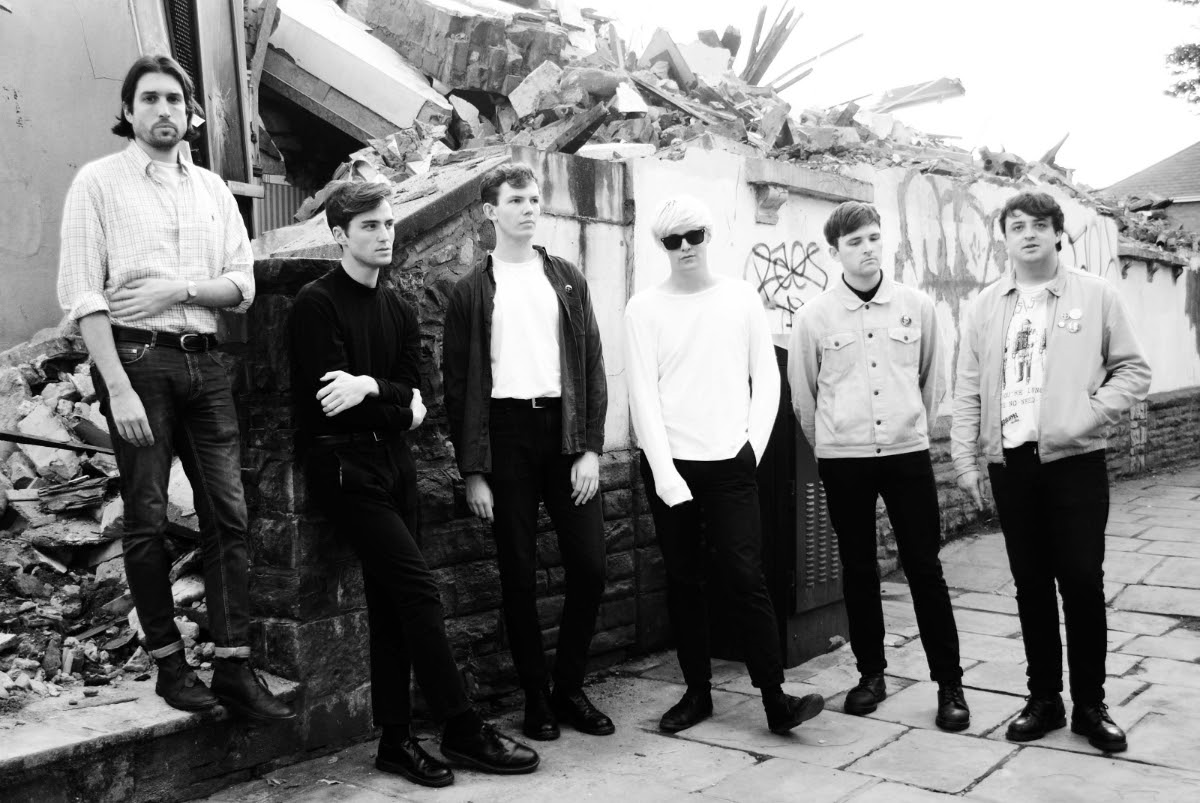 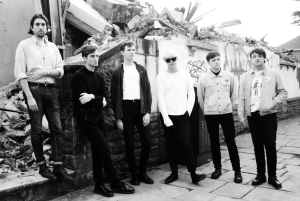 Cardiff post-punk sextet Chain of Flowers deliver a monstrous slab of propulsive noise in the shape of new single ‘Death’s Got A Hold on Me’. Roaring to life upon a cavalcade of dynamic drums and a swirl of ominous multi-layered guitars, that hammer down like torrential rain onto concrete. It’s like riding a Harley on the freeway to Hell (only less Meatloaf): the raw uncompromising meeting point between the frenetic sound of early Birthday Party, infused with the uncompromising noise of Ceremony colliding with the gothic undertones that remind us of Bauhaus.

“The silence inside my head/That tells me that we’re all dead,” howls singer Josh Smith, encapsulating impending demise, a fuzz scorched cascading beast, he calls it a “blown out melody for the disaffected,” it has us reaching for our capes and our eyeliner, thrusting our fists into the air in approval. We call it unstoppable!

It’s the second single to be taken from their upcoming self-titled debut album, Chain Of Flowers out 16th of October.