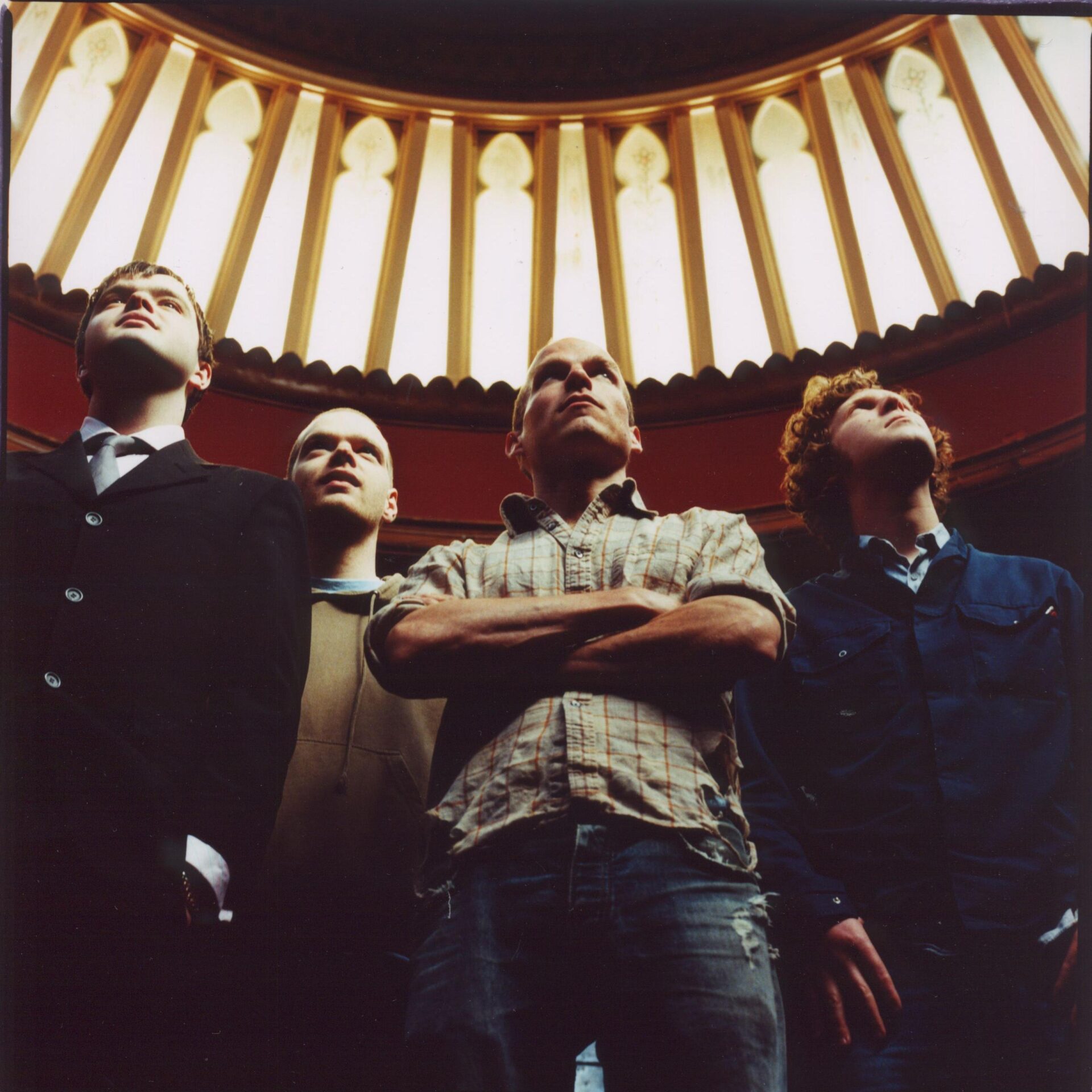 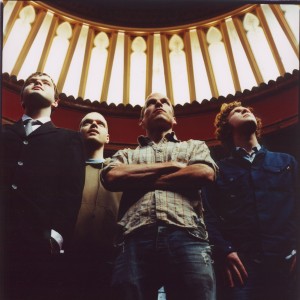 Brakes are Eamon Hamilton (vocals/guitar), Thomas and Alex White (lead guitar and drums) and Marc Beatty (bass). After releasing their seminal debut album Give Blood in 2005, the indie super-group consisting of former members of British Sea Power, The Electric Soft Parade and The Tenderfoot quickly gathered a dedicated cult following, and were invited to play the first End of the Road festival in 2006.

Fast forward ten years, and Brakes have become an End of the Road staple. To say they’re familiar faces at the festival is an understatement: it’s their eighth appearance in the event’s ten years. The September sun smiles down on Eamon and Mark as we grab a drink from the Somerset cider bus and settle down onto haystacks to discuss their reunion.

“They keep on inviting us and we can’t turn it down, we love it here”, Eamon gushes. “It’s like the ultimate mixtape, but everyone’s live!”

Marc can’t help but praise the festival too: “It’s got good relationships with lots of independent businesses. They’re just lovely people with a personal approach to providing music to a nice audience.”

Both men wear big smiles and seem content; relaxed.  You would never guess it’s been six years since Brakes released an album.  “We never split up,” Marc explains, “we stopped being active as a band for personal reasons. Eamon lives in America now and the rest of us are still in Brighton. It’s hard.”

“I have three children now, I’m knackered!” Eamon chips in.

But it’s clear they’re thrilled to be back on the road again, celebrating ten years of Give Blood. A decade is a long time: people grow, music changes. But how do those songs feel, ten years down the line?

Read GIITTV’s full review of End of the Road HERE.