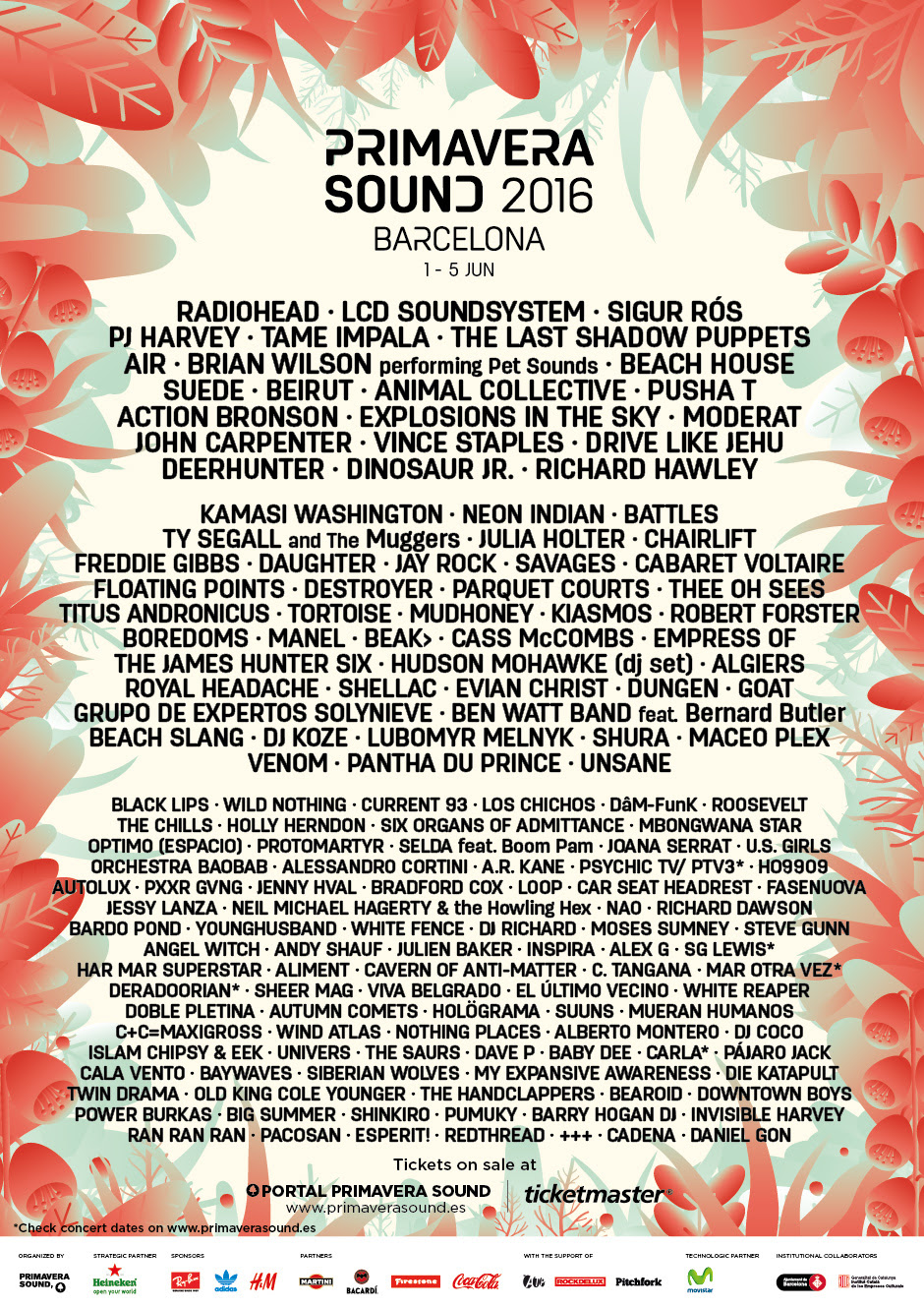 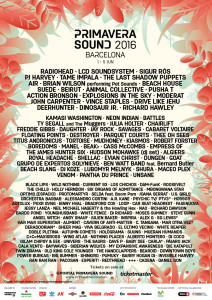 Primavera Sound has revealed the most impressive looking line-up for the forthcoming edition of the festival. Acts announced include Radiohead – who are playing various festivals this year to preview a new album – the live return of LCD Soundsystem, an anticipated appearance by PJ Harvey, Aussie psych heads Tame Impala, Icelandic sound explorers Sigur Rós, plus Alex Turner’s side project Last Shadow Puppets, inventive Americans Animal Collective, hip-hop legend Pusha T, the iconic Brian Wilson and John Carpenter are among more than 150 names confirmed for the 16th edition of the festival.

The programme of events will take place mainly in the Parc del Fòrum of Barcelona from Wednesday 1st June to Saturday 4th June and will be complemented by a large number of concerts in various sites in the Raval neighbourhood, which means that music will be on offer for the whole week.

Until 3rd February Early bird full festival ticket price for Primavera Sound 2016 is €175 but concerts on Wednesday 1st June at the Parc del Forum will be free.

For tickets and further line up information visit the Primavera Sound website.