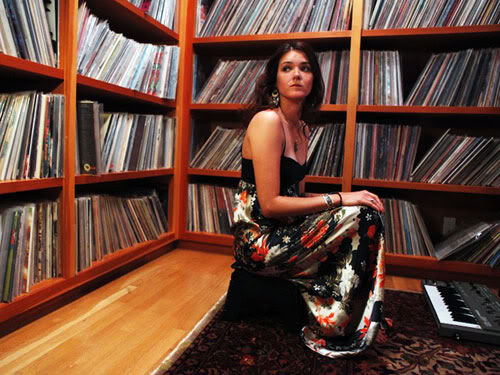 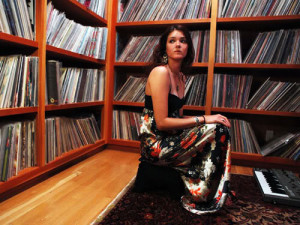 Well there we go; this is excellent. A seriously excellent record. Alarmingly so in fact. The hips are still wriggling and yours will be too should you do the decent thing and obtain it upon release, January 22nd 2016…as you should.

This album is also an object, abject and blatant lesson in holding fire, backing off the mic and most certainly not pre-judging material based upon previous efforts and/or the identities of earlier protagonists in the whole affair. Particularly the latter. Before you hear a record, do not even bother having an opinion upon a band. You – me – may do a little research on earlier offerings but…but….wait for the mothership to arrive. Seems obvious, is obvious, but it’s remarkably easy to allow in even slight tinges of attitude.

Because if you don’t, all your prose, such as it is worth, is going straight in the bin.

This is what any sane critique of Swahili Blonde (dreadful name) as of previous releases should say;

(1) They are terrible. Really quite impressively terrible.

(2) There’s nothing that should ring alarm bells quite as enthusiastically as, an even sotto voce, murmuring of ‘supergroup’. That may be unfair to a band that is ostensibly Nicole Turley’s however when the project, in the past at least, has included John Taylor, ex of Duran Duran, Viv Albertine and one who somehow dribbled out of the Red Hot Chilli Peppers pausing only to say, “Guys, experimental jazz….let’s do it“, it pretty much is game over. Some of those more credible than others, obviously, but it’s still cause for concern.

The statement of intent whilst, initially, sounding quite legit, ‘the project is described as follows: “Swahili Blonde concocts a potion from the blood of Motown, Delta 5, James Chance, and The Slits only to pour it all over a dance floor with Frankie Goes To Hollywood synth goo‘, in a sane and reflective world really should seal it.

Straight in the bin, away you go, bugger off and fanny about on your yachts…nowt to see here.

Problem is, now that Nicole seems to be steering the ship solo – although aided and abetted by Jennifer P Fraser on writing duties – the ‘band’ has only gone and made a great album. She has, they have. A record that pulls together electro, post-punk (particularly vocally), oodles of nods to Kraftwerk, some George Clinton-esque funk and a jarring groove that just works. Immediately effective but revealing more and more each listen.

Across eight tracks of moody yet uplifting and dexterous music there’s a curious mix of tension and tight production yet also a louche and somewhat lascivious dancefloor vibe. A thing of beauty really. Space and gaps in the drums, electronica and synths with dreamily linear yet caustically sardonic vocals that pull you in. Lord knows what happened between the more ramshackle output up until now and this – apart from going it ostensibly alone – but they have got their shit together.

A touchstone may be Golden Teacher or even the late lamented Trevor Jackson outfit Playgroup. Their huge single ‘Make it Happen’ also pulling together a rattling noise for dark discos whilst also holding a punky projection as is the case here. A certain Mr Andrew Weatherall should be all over this if he is not already.

Although the lyrics at one point politely say, “Welcome to the diamond room“, the delicate melodies of the tracks when shackled to sub-aquatic bass and plunging squelch deserve to be heard loud and proud in a sweaty pit.

This is a beast and an absolute joy to begin 2016.