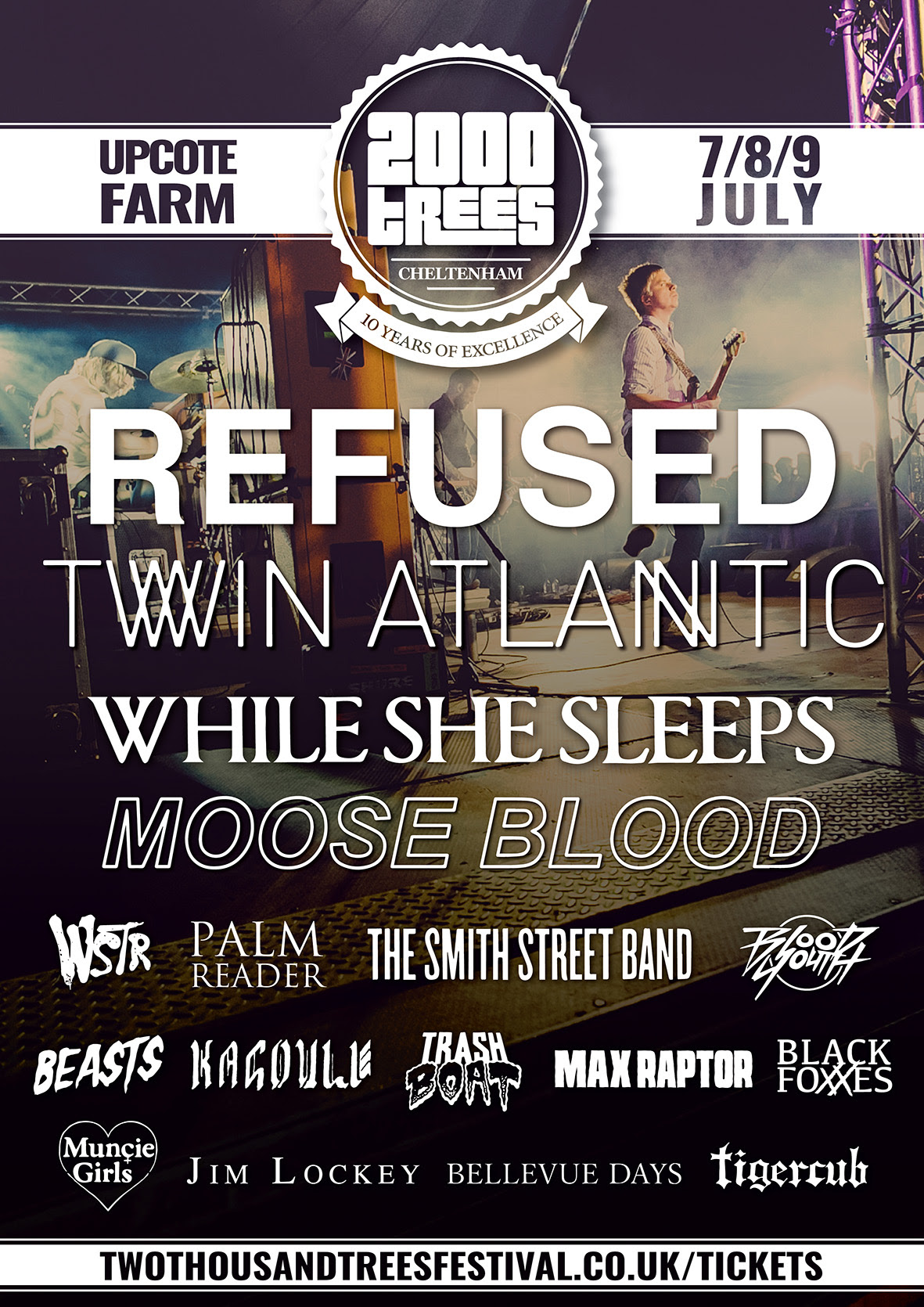 One of the most successful annual UK rock events, multi award-winning 2000trees Festival, is celebrating its 10th anniversary with a line-up that includes headliners Twin Atlantic and Refused, we well as GIITTV’s favourites Kagoule, cult grunge three-piece Tigercub and Liverpool’s hotly-tipped WSTR. Borne out of frustration with the ever-increasing corporate sponsorship and ‘musical merry-go-round’ nature of the mainstream British festivals, 2000trees has become an event that bands love to play, with many staying for the entire festival.

Sam McTrusty, frontman of Twin Atlantic, whose album Great Divide debuted at #6 in the UK album charts, said: “This will be our first headline performance at a festival in England. Whenever we take on new experiences we always up our game, so expect to see one of our best shows to date. Really looking forward to returning to a festival that has given us so much love over the years.”

Refused returned in 2015 with their first record in 17 years titled Freedom. They’ve been setting stages alight again for the past couple of years and proving why they’re still one of the most important punk bands of our time. Drummer David Sandtrom commented: “It’s hardly the worst day on the job when it takes you to one of the prettiest places in Europe. We’re very much looking forward to it. Also, we hope precautions are being taken so that the ferocity of our set doesn’t drive out every badger in all the Cotswolds.”

Further line-up and ticket information can be found HERE.