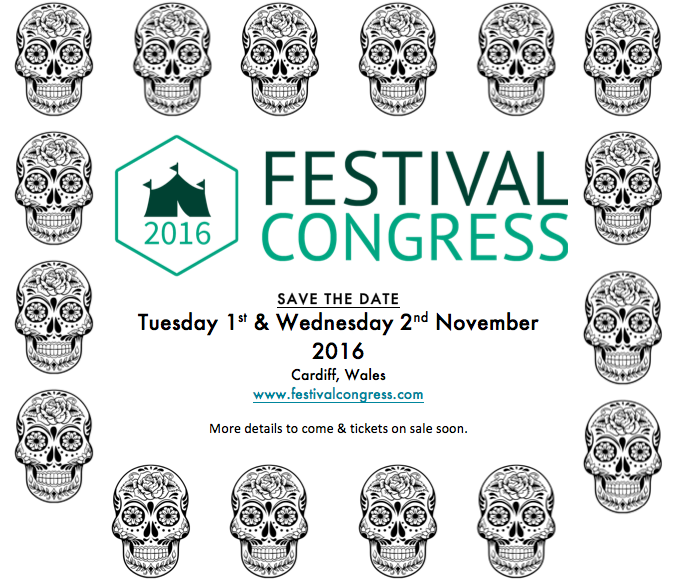 The Association of Independent Festivals (AIF) will be bringing its Festival Congress back to Cardiff for the third year running on 1st and 2nd November.  The event will host over 400 delegates there to celebrate the independent festival industry.

Numerous speakers for the event have already been announced.  Joe Giddings of the Isle of Wight festival and Solo Agency and Lee Denny of Leefest will be taking part in a fireside chat called ‘Songs of Innocence and Experience.’  Simon Parkes will be taking part in a quick-fire talking heads session, telling his story of how he turned Brixton Academy into one of the country’s most successful venues.  Elsewhere, Sammy Andrews (Strategic Advisor to Music Industry and Director of Entertainment Intelligence) will be chatting about the connection between streaming and ticketing, as well as the potential for virtual reality within live music.

Meanwhile, Zac Fox of Kilimanjaro Live and NOWIE will explore gender issues within the industry and possible solutions.  His session takes places alongside a ‘Festival Frontiers’ panel that aims to reflect on the 2016 season and discuss trends, challenges and the festival landscape going into 2017.  Delegates can also participate in a series of ‘Lucha Libre’ breakout sessions, with topics as diverse as city festivals and finance being discussed.

As ever, the event will also feature the Festival Congress Awards, which takes place at the Depot Warehouse.  Categories in this year’s ceremony include ‘New Festival on the Block,’ ‘Mind Blowing Spectacle,’ ‘Festival Live Act of the Year’ and ‘Smart Marketing.’

Tickets for the event are available from the Festival Congress website.