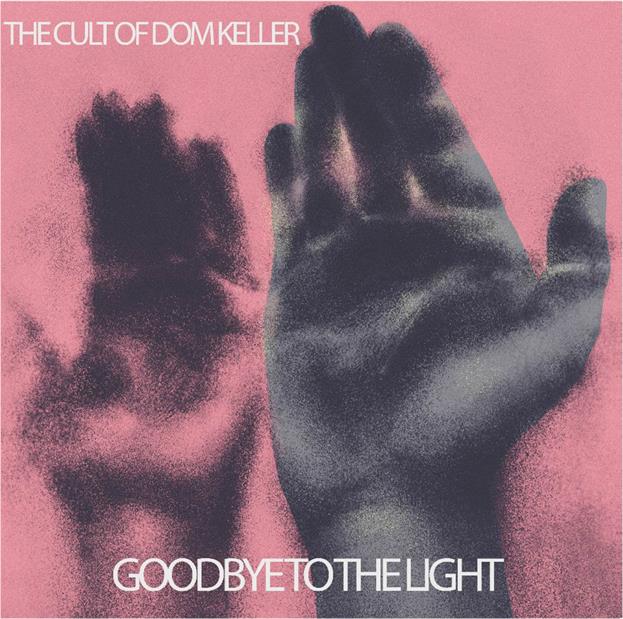 Amongst  the usual PR gubbins which invariably accompanies a release, is this gem from the band regarding lead single ‘Broken Arm Of God‘.   Apparently they, “wanted it to sound like a volcano giving birth to an atomic bomb.”  Well that’s my review taken care of then.  For the record, The Cult of Dom Keller (or TCODK for short) hail from Nottingham which is historically short on both volcanoes and atomic bomb action so it’s not clear from where they have drawn their references.  I have been aware of TCODK for a while now, admittedly because of their name which marks them out as having an eye for the abnormal.  Question is, do they have an ear for it too?

Goodbye to the Light is psych rock at its darkest, the clue is present in the title I suppose.  I am listening to the album for the umpteenth time today, officially the hottest day of 2016 and the temperature has just nudged its oppressive way past 37 degrees in the office.  In other words, I should be listening to Jazzy Jeff and The Fresh Prince and not a bleak, experimental journey into the depths of Hades.  But here I am, enveloped by the opening track ‘Hole in the Whole‘ with it’s droning vocal delivery and glacial pace wondering if my day wouldn’t be better served by sucking on a Solero.  Previous TCODK releases have demonstrated a structure, coupled with an occasional lightness of touch which is amply showcased on the aforementioned ‘Broken Arm of God’.  Here is a track which sums up the band to a tee, it broods, it lectures and it leaves you to spend a week pondering where you may have heard it before.  The answer, incidentally, is The Horrors but it took a YouTube comment to push me in the correct direction.

‘Ravens & Rockets‘ positively burgeons along like Editors on prescription medication and despite my long-held reservations as to whether psych ever transfers to record successfully, I started to appreciate why many of the Nottingham-based intelligencia have started to clasp TCODK to their collective bosom and champion them as a Great Black Hope for the East Midlands.  But then the experimentation kicks in, either that or heat exhaustion.  Let’s be perfectly clear, I have nothing against bands wishing to take chances and explore the darker recesses of their particular genre.  Far from it, I have nothing but respect for anyone who tries to push back the boundaries but the series of instrumentals, electronic nurdling and general uber-weirdness eventually blended into the sound of the office fan doing overtime beside me.

The album is book ended by ‘Bring Out the Dead’ and the epic ‘Shambhala is on Fire,‘ which convince me that TCODK have far more going for them than Goodbye to the Light suggests.  Trusted friends have declared their affection for TCODK as an incendiary live act and I can picture paint being stripped off walls as the driving rhythms bounce around a gloomy basement.  However, the danger of delivering a set of experimental tracks is that occasionally, experiments can go awry.  If you like your psych dark and off the wall, this is for you.  Personally, I need Winter to appreciate Goodbye To The Light in all its potential glory.