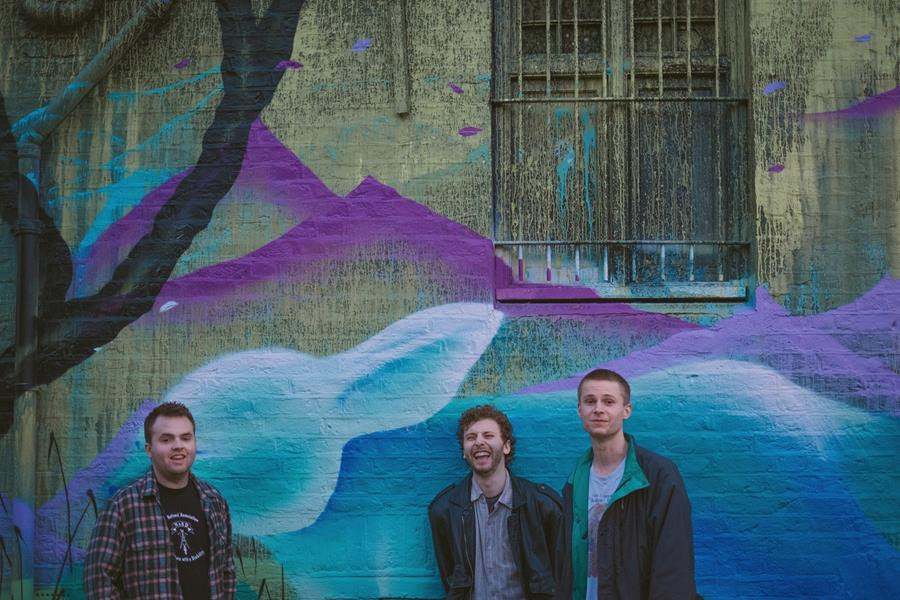 London alt-rock trio Happyness are set to release the follow-up to their much-loved debut album Weird Little Birthday on Moshi Moshi next year.  While there’s few details right now, it is set to arrive sometime in the Spring and they’ve shared a taster of what to expect in the form of their new single ‘Falling Down.’

Singer and guitarist Jon EE Allan explained the ideas behind the track: “One of many anti-overthinking songs.  I think we thought it would be funny to trick people into thinking we’d turned into Interpol or something for about 15 seconds at the beginning of the record.  I remember we were talking at the beginning of the recording sessions about Wizzard and Roxy Music and us maybe taking a leaf out of the whole glam rock thing, but getting it a bit wrong.  Like children dressing up in their parents’ clothes or something – completely silly but very serious about it.”

He continued: “I don’t think we ended up pushing that line of thought for the whole of this song, or even for that much of the album, but maybe a bit of it made it into the outro synths.”  Listen below.

Happyness are also playing their largest headline gig to date at The Dome at Tufnell Park in London on 28th April.