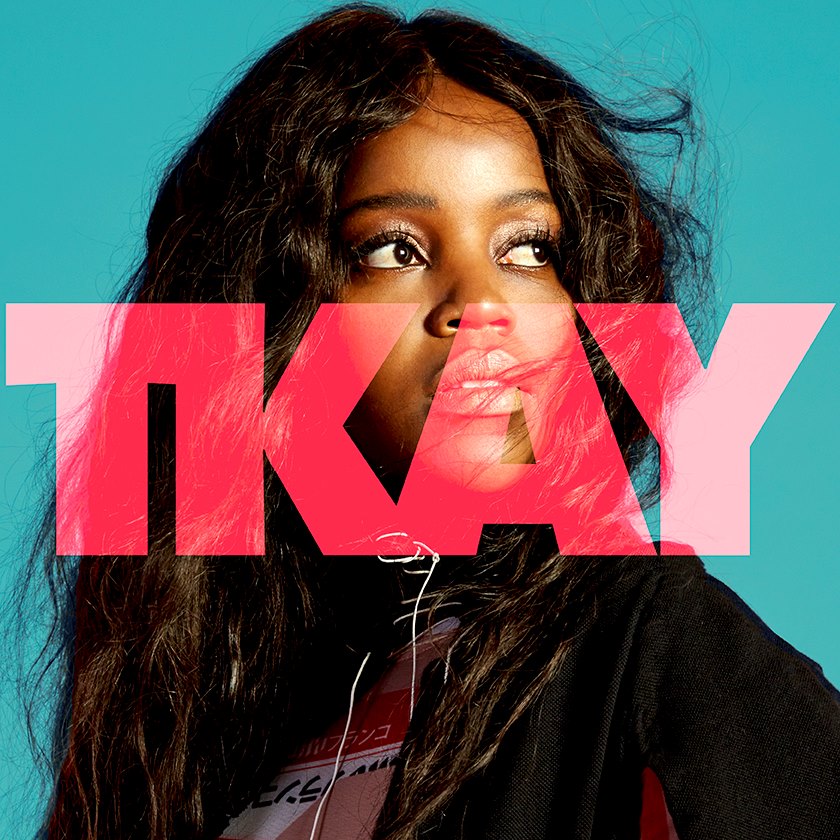 The 20-year-old Takudzwa Victoria Rosa Maidza or Tkay Maidza for short has been jabbing all the right keys of the hype machine over the last couple of years. The Zimbabwean-born, Australian-bred Hip Hop artist’s 2015 EP Switch Tape, was a vibrant aural assault that fired various bleeps, clicks and pulsating EDM-charged sounds like a semi-automatic, whilst also making good use of Godzilla samples (See “Uh-huh”).

One of the Ozzie rapper’s most impressive traits is her superfast delivery, borrowing the quick-witted attitude of Azealia Banks (without the utterly contemptible social media presence). Her early sound showed an appreciation for M.I.A’s vivid experimentalism and bright dance music tropes that aimed at the mainstream but still felt raw and uncompromised. Her debut album TKAY aims to bring Maidza to the attention of the world beyond Oz as a fully blown star in the making and it does deliver if a little inconsistently. It’s a fractured mission statement that wilfully blends successful hip-pop recipes with random musical references in an attempt at aural diversity.

‘Simulation‘ may have racked up the most plays on Spotify, but it’s probably TKAY’s most boring track. It’s one of those chart-pleaser tunes and has about as much charm as Nicky Minaj’s fake arse. ‘Follow Me‘ channels Rihanna on the cusp of the 10s – sweetened RnB pop with a standard vocal melody, but little on offer to get you bobbing along in a fit of excitement. ‘Castle In The Sky‘ owes a lot to the  meandering, echoing pop-scapes of MO on the catchy verse, but lacks a little in the lyric department on the chorus “It’s like we are the Rolling Stones and it’s a battle for the ages/Our dreams are made of flesh and bones guarding our fortunes from the dangers”…What!?

We were all a bit disappointed that Azealia Banks turned out to be an utterly contemptible keyboard warrior. Luckily tracks like ‘Tennies‘ show that Maidza definitely has what it takes to dominate the more testing styles of heavy hip hop, spitting bars without breath over a skipping bongo beat. But even if ‘Drumsticks No Guns‘ is meant as a tongue in cheek ode to pacifism, there is no saving its sickly bubblegum pop, High School Musical cringeyness. There are times when you feel like something good is coming and its trampled on by an overbearing bass squall or spoiled by some plastic vocal sample. Unfortunately Maidza’s love for of Minaj and her cohort of second rate ‘Hip Hop’ stars that are more concerned with accompanying people’s messy nights out than commenting on things of substance often spoils TKAY’s parade. Her earlier attempts at experimentalism are all but forgotten here and drowned by some really awful clichés that she is so much better than. Maidza may be on course for big things, but TKAY is far too safe to justify the hype.