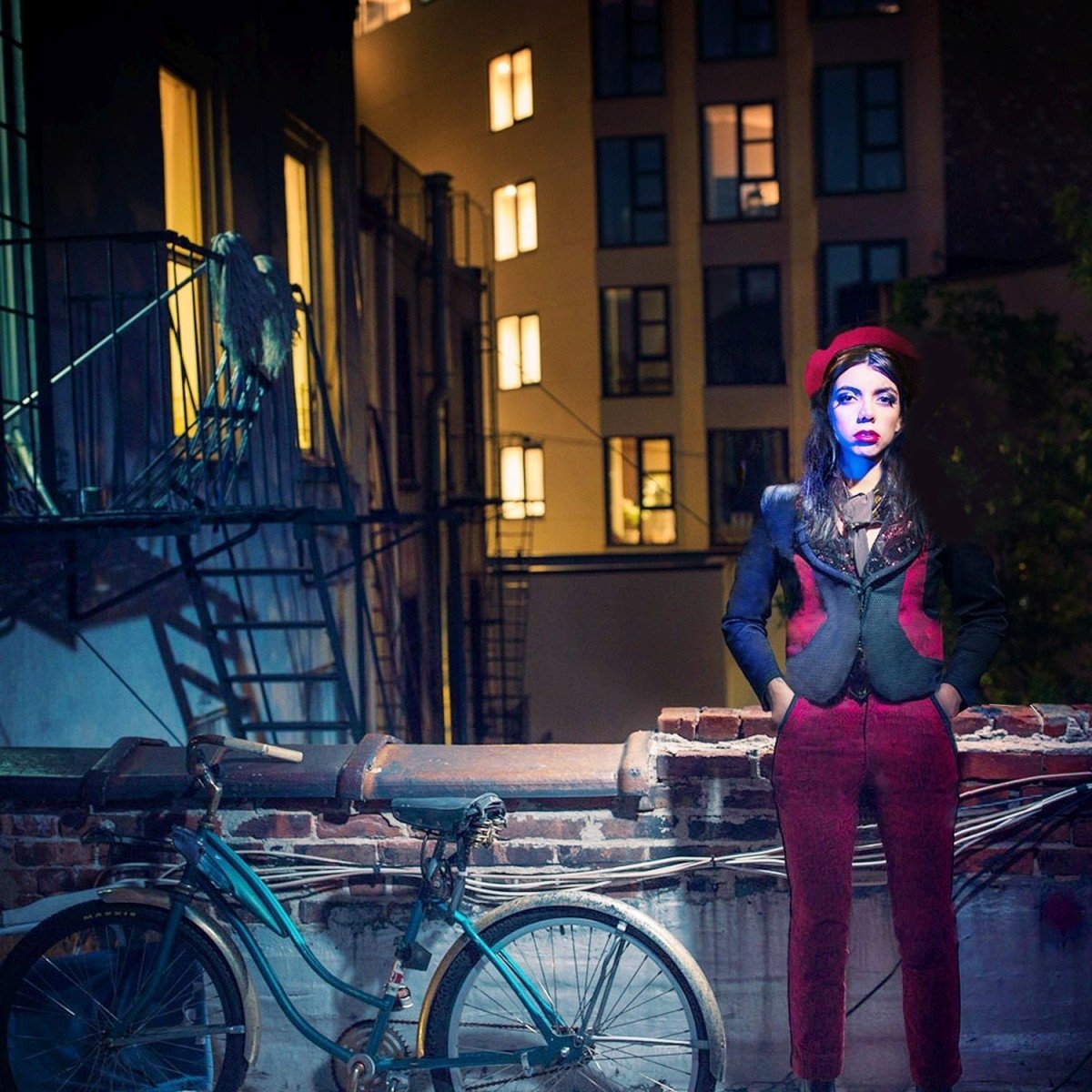 It’s not very often that an artist releases a “perfect” album. Some may argue that it is impossible for anyone ever to do so. They are wrong, calamitously so, something which is proven beyond reasonable doubt by the latest long player by Hurray For The Riff Raff.

A concept album of sorts, following the exploits of a street kid called Navita, whose journey takes her deeper and deeper into her heritage. She becomes increasingly angered and, consequently, empowered by knowledge of the sickening oppression her foremothers fought so fiercely against. At the beginning of her adventure, we have, naturally, ‘Entrance‘, which features a 1950s style street gospel choir and is such a cinematic introduction that you could easily envisage it lighting up the drab, wet streets of a De Niro gangster flick like A Bronx Tale or some such.

Along the way, homage is paid to the likes of The Pretenders on ‘Living In The City‘, a cheerful, uptempo number which lies somewhere between Van Morrison‘s ‘Brown Eyed Girl‘ and Stealer’s Wheel‘s ‘Stuck In The Middle With You‘, before the Breeders/Pixies style bassline kicks in on the brilliant ‘Hungry Ghost‘. “I’ve been nobody’s child, so my blood started running wild“, sings Alynda Segarro, who holds more than a little in common with Navita in what is clearly a semi-autobiographical narrative.

Better still is the bluesy roots rock swagger of the Band like ‘Life To Save‘ – “well it’s getting harder just to give up the past/Every day a reminder just that nothing can last.” But it is the impassioned, regressive rendering of the bewildering ‘Pa’lante‘ (which translates, somewhat powerfully, as simply “go forward“) that really hits home. Segarro’s performance here is exceptional, the first half of the song full of humble, jaded introspection – “Lately it’s been mighty hard to see, just searching for my lost humanity. I look for you my friend, but do you look for me?” bridged halfway by an ‘A Day In The Life‘ kind of vignette and a recording of Pedro Pietri‘s 1973 poem ‘Puerto Rican Obituary‘, before ending with probably the most emotionally spirited vocal display of love and affection for her cruelly degraded ancestors you are ever likely to hear.

Elsewhere, there are the Latin rhythms of the title track, which is part Dummy-era Portishead, part Tom Waits circa Rain Dogs, and part Henry Mancini. These songs are always authentic, never less than rousing, and often stirringly beautiful, like the hushed tones of the short but affecting ‘Halfway There‘, and there is even a perhaps accidental nod, lyrically, to Iron Maiden on ‘Rican Beach‘, whose initial prose (“First they stole our language/Then they stole our name/Then they stole the things that brought us fame“) shares sentiments with the aforementioned metal band’s ‘Run To The Hills‘ (“White man came across the sea/He brought us pain and misery/He killed our tribes he killed our creed/He took our game for his own need“).

Every track on The Navigator is 24 carat gold. This isn’t just one the finest albums of 2017, it may even be the greatest release of the entire decade. Simply phenomenal.

The Navigator is released on 10th March through ATO Records.